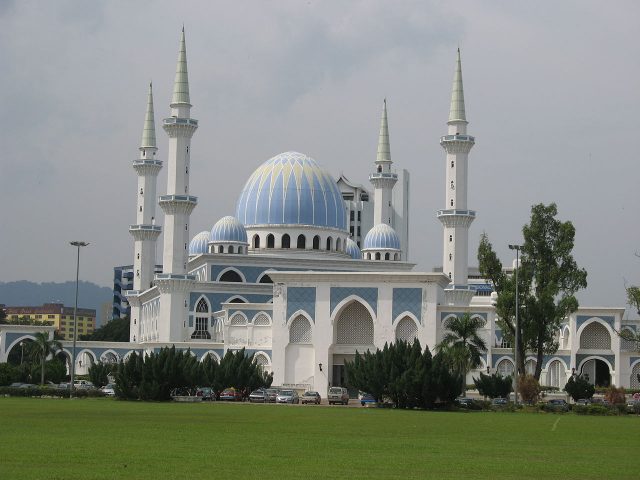 A Malaysian cross‑sectional study was conducted in Kuantan, State capital of Pahang (population: 607,000) from October 2013 to December 2013. The research team leaded by Dr Ramadan Mohamed Elkalmi from the International Islamic University of Malaysia combined the expertise of physicians from the Universiti Sultan Zainal Abidin, the UCSI University of Kuala Lumpur, the University of Gondar in Ethiopia.

Four hundred questionnaires were distributed in public places such as mosques and shopping malls and 277 complete ones have been judged relevant for the study. Among respondents, 58% were males, 84% were Malay, 84% were Muslim, 96% were single and 76% were employees. Almost have of the people surveyed were studying or graduated from college or university.

The study reveals that smoking prevalence was 29.9%. Dual users were 2.8% and exclusive vapers 1.4% (n=4). Nevertheless, one out of 4 smokers declared having tried an e-cigarette before and one out of three smokers has heard about e-cigarettes. 75% vapers use e‑cigarette on a daily basis

Deeper into e-cigarette use, the study reveals that most experimenters have been initiated by friends. The preferred use (for 75%) of  the vaporizer is in restaurants and cafés. Surprisingly, sharing e-cigarettes with friends like hookas was quite frequent (37.5%). According to the study, e‑cigarette helped relieve tension and stress but a majority didn’t associate its use with pleasure (87.5%). In contrast, curiosity was a source of motivation as well as the fact that is seemed more affordable than tobacco.

How was the e-cigarette perceived by people?

Among respondents, the cause of lung cancer was evoked by 45.5%, of heart disease by 46.6% and of damages to the respiratory system by 49.1%. More surprisingly, 6.1% think that e‑cigarette may transmit hepatitis and 37.1% that it may cause gastritis.

Surprisingly, only one out of four respondents estimated that vaping more acceptable than smoking in society.

70.8% Malaysian believe e‑cigarette is as harmful as or more harmful than traditional tobacco cigarettes. Half of the respondents considered that normal cigarettes contain more nicotine than e‑cigarettes.

Vapers appeared to be more likely to recognize the safety of e-cigarette compared to non-users, which is typical of a responsible choice for vaping which appears to be rather elected by because it was cheaper than smoking tobacco and not as an aid in smoking cessation.

The authors recognize the limitations of their study and principally the small number of people surveyed (only about a dozen of vapers and four exclusive users) but, in turn, they put forward that it was the first one to be carried out on this population. Another limitation that has not been noticed by the researchers is the delay of more than 30 months between the survey and the publication of its results.

In a fast growing market like vaping, 30 months represent a very long period of time. During this time lapse, many events have occurred in Malaysia, including detrimental campaigns against vaping and bans. The Malaysian National Fatwa Council deemed the e-cigarette “haram” (forbidden) in December 2015 with a considerable impact on prevailing muslim population.

Since then, Dr Konstantinos Farsalinos set up a large online survey across the country where users were interviewed on their motivations. Farsalinos’ study accounted for about one third (7,124) the total number of vapers in the Pahang state. Compared to the cross-sectional survey carried out by Elkalmi et al., Farsalinos’ online survey is likely to have a higher penetration in Central and more urban areas of Malaysia thanks to internet. As pointed out by Jeremy Ong, founder and CEO of the online Malaysian vape shop, Vape Club Malaysia,  the study was not conducted in a very urban area of Malaysia. According to Jeremy’s knowledge of the Malaysian vaping market, “the study reflects the true penetration of e-cigarettes in more rural areas” and vaping prevalence (1.4%) is more than likely the lower limit of vaping prevalence in crowded cities like the Capital Kuala Lumpur (1.5 million people) or Johor Bahru (1 million people). Jeremy hypothesizes that “e-cigarettes usage is more prevalent in central and (more) urban are“.

Nevertheless, it appears that the image of the e-cigarette in Malaysia is somewhat distorted compared to occidental countries. Considered as an object of curiosity that is shared in groups, its image is far away from RCP’s view as an aid in tobacco harm reduction. In a country with such high smoking prevalence (almost 30%), public health would benefit from a better advertising around e-cigarettes and their relative safety to conventional tobacco products, as initiated by Dr K. Farsalinos.