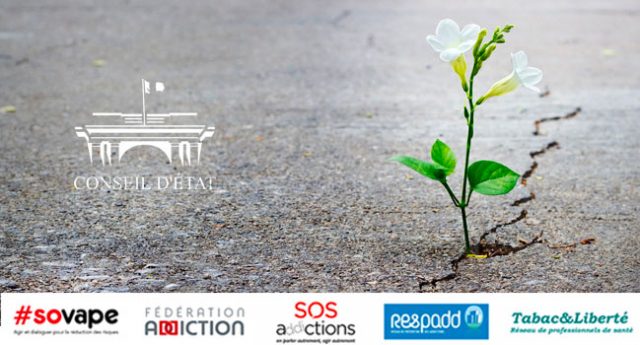 A new milestone in the fight against advertising bans

The defence filed the litigation text earlier this week and a public hearing is scheduled in November. The judge’s decision is expected within few days after the audience. The 35 pages gives a summary of the legitimacy of the defence’s legal action and of the negative impacts of the original text. The petition for suspension implies a certain notion of urgency since a much longer pathway may be considered if the current proceedings achieve nothing.

A barely legal transposition of the European Directive

The authors underline that the transposition of a directive must be accurate and complete, and “informed in its recitals”. The ban on propaganda, according to the authors, prevents any form of communication in favor of vaping, principally that, non-commercial, aiming at informing about the product, which goes far beyond the scope of the EU TPD.

In the absence of a definition for the term “propaganda”, that can either be direct or indirect, people are not able to discriminate between what is allowed and what is forbidden, inform the complaint. This ambiguity may lead to legal uncertainty, a serious case when the fine may reach €100,000.

The freedom of expression and communication prevails in democracy, and any infringements should be needful, adapted and proportionate to the aim pursued. Some limitations are required, but they must be substantiated with respect to the general interest and a pressing social need.

The Conseil d’Etat already addressed vaping and admitted that “in the current state of knowledge, the scientific data do not allow considering the use of the e-cigarette as a proven risk for user’s health or for the health of anybody else”.

The harms of vaping and smoking are not comparable, a general and absolute ban is completely disproportionate to the aim, explain the legal counsel.

The associations are calling for a public debate

In a press release, this morning, the associations explain that such a procedure has been launched to initiate a debate with every stakeholder “for the sake of public health”. Hence, “physicians, scientists, vapers, professionals of the independent vaping sector, authorities and tobacco control organizations” will be convened to work on a collaborative, intelligent and reasonable regulation.

More readings on the subject: