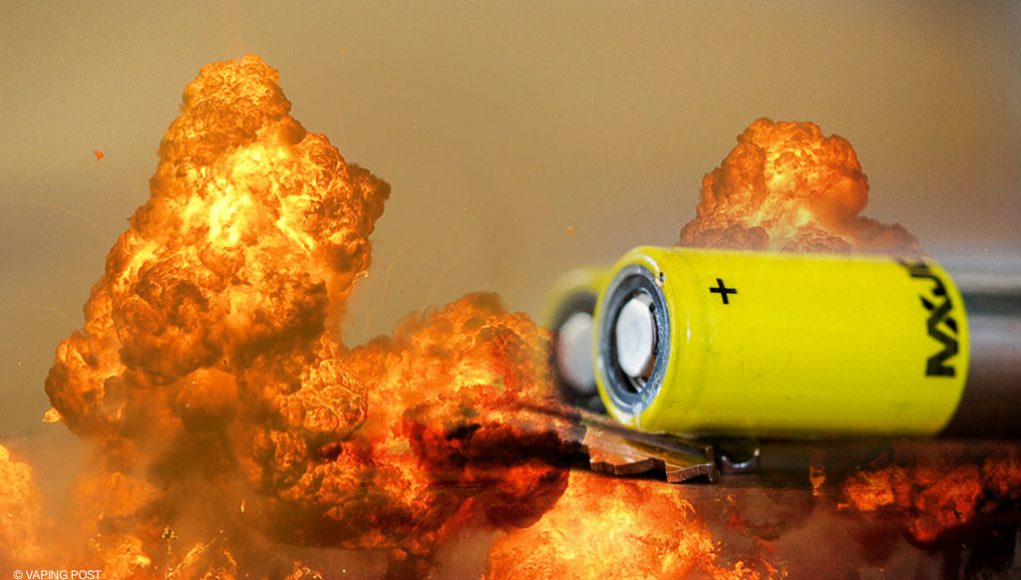 E-cigarettes do not explode, batteries do

First of all, and it is very important to notice that e-cigarettes do not explode. In contrast, batteries do, and particularly rechargeable batteries that are used in most electronic mods. And if an e-cigarette is damaged, it is because its battery or batteries have been damaged.

Secondly, it is more appropriate to talk about degassing rather than explosion because the latter is very rare. What happens, most of the time, is a gradual increase of pressure and temperature inside the body of the battery that may lead to a leakage, a blast of incandescent gases. The persons exposed to the jet may be injured and suffer from sever burns.

The last few issues involving e-cigarette batteries highlighted the fact that the batteries were not inserted into the device but carried out without protection in a pocket, where they entered in contact with loose coins or keys. The contact between the positive and the negative poles of a battery is, by itself, susceptible to generate a chemical reaction inside the battery and raise the pressure and temperature until a gaseous leakage happens.

An illustration of this phenomenon is shown in a video recorded by a security cam in Toulouse, France, on October 28, 2016. The poor guy confessed that he was carrying a spare battery, fully charged and unprotected, in his pocket.

It is important to point out that e-cigarette batteries are not the only ones to explode. Each year, many Lithium-ion batteries are exploding.

Smartphones, tablets, laptops… you probably also remember the cases of some Hoverboards, the electric skates consumed by flames. More spectacular even is the case of the famous electric vehicle Tesla that caught fire in Biarritz, during a promotional summer tour in France, last August 2016. The same story that happened a few months earlier in Norway.

The last in date is the Samsung Galaxy Note 7, last September. Just after its release and just before its main concurrent, iPhone 7, reaches the market, the press reported cases of spontaneous combustion and even explosion with blast. Each time the accident leads to the complete destruction of the device and, unfortunately, to some parts of its environment, including injuries to its owner or to bystanders.

How to avoid battery fire?

Important The first rule, if you carry out batteries outside your electronic mod, is to never leave them in a bag or a pocket without protecting the poles. You MUST use a sleeve or a box dedicated to this use.
Keep an eye on your devices to make sure they are working properly. In particular, check your resistance coil very often, visually and physically. A coil that loses resistive capacity is very dangerous and shouldn’t be submitted to electric power.

Definition: The battery is a physical unit that stores and delivers the energy used to heat the resistance coil in your atomizer and vaporize the e-liquid. 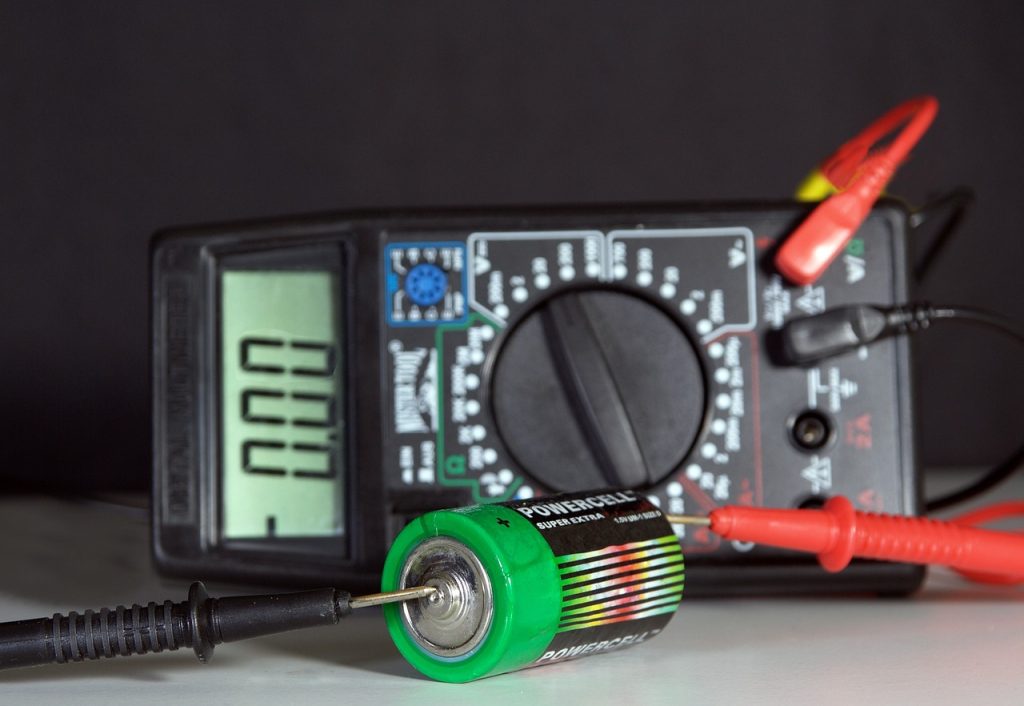 Several indications are present on the battery. All of them are important:

To what corresponds the Load capacity?

The Load Capacity is an indication of how much energy is embarked into the battery. It is proportional to its autonomy in Ampere-hours (Ah), the unit of electric charge which basically is the amount of electricity that crosses a section of a conductor submitted to a current of 1 Amp during 1 hour. It tells you how long a battery can provide a given current.

Manipulating Load Capacity values
A battery of 3 000 mAh is able to sustain a continuous current of 3 000 mA during 1 hour. If the current is only 1 000 mA, the battery will last 3 hours.

What is the Continuous Standard Load?

The Continuous Standard Load is the amount of current output that the battery can sustain for more-than-brief periods of time.

The Maximum Discharge Current or maximum continuous discharge current is an important parameter to consider because it defines an upper limit beyond which a current can overheat and destroy the battery. The MDC is the maximum working current that the battery can deliver without risk.

Its value can be expressed as a function of its capacity (1C, 2C, 3C,…) or in Ampere. It strongly depends on the chemistry of the battery.

Manipulating Maximum Discharge Current values
2C indicates that the battery can deliver a current that is equivalent to two times its load capacity. And a MDC of 20 A for a battery of 2 000 mA indicates that the current can be 10 times its capacity (10C). A battery with a Load Capacity of 700 mAh and a MDC of 2C can produce a current of 1 400 mAh.

The chemical composition of the batteries used in e-cigarettes is variable. But most of the time, they contain Lithium. The presence of Lithium (Li) makes the batteries lighter and make them less subject to the “memory effect” that reduces the working life of the storage batteries.

Which battery for which Mod ?

The thumb rule to avoid damaging the battery is: never go beyond the maximum continuous discharge current.

For a mechanical mod:

For Mecas, mods without any circuitry (no settings, no display, no protection), the most appropriate batteries are IMR-type or hybride (NCR-ICR) with a high MDC. Otherwise, do prefer a battery with a built-in protection circuit.

For an electronic mod:

Compared to mecas, electronic mods have several electronic features with a display and are electronically protected for many failures. There is no need to use protected batteries because the internal chipset takes care of you for upsurge, low resistance, shorting… You can then use IMR or hybrid cells with a high MDC, at least 6 A.

How to buy batteries?

First of all, do not trust the attractive packaging of unknown brands, pictures are not a guarantee of reliability.

Do prefer the most famous brands like LG, Samsung, Sony, Panasonic or Sanyo, whose reputation is robust in this domain. The three cited brands are the most common. Other brands often market the same batteries under another name. The potential issue is that the rebranded batteries may have been discarded by the manufacturer for safety reasons and re-appear on the market under another name and no traceability. All rebranded batteries may not be defective but whenever there is a doubt, it is preferable to abstain from purchasing it.

Where to buy batteries?

Before purchasing anything, check the seriousness of the service because it is extremely easy to re-wrap old batteries. Avoid sites like Ebay or purchasing secondhand models because you can never know the history of its use. Some brands have “scratch codes” to address authenticity issues.

Where to dispose of a used battery? 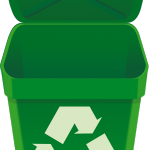 Not in the trash!

Recycling the battery is an eco-citizen act to reduce environmental pollution. The metals present in batteries, noble or not, should not follow the same circuit as other consumables. Some of them can be recycled in order to reduce the impact of the humans on our planet. There are many centres where batteries are collected for recycling.

When to dispose of a used battery?

As all good things must come to an end, batteries also die. Best If Used By (BIUB) date is often an indication of the life expectancy of your battery. Use of a battery beyond the BIUB date may affect its performance. Rebranding (see above) may also re-market stocks of batteries purchased to a manufacturer at a date close or beyond their BIUB date.

A Li-ion battery can be stored at room temperature and in its original packaging for 10 years or more without affecting its load capacity. Bad Storage conditions severely affect the longevity.

When used, the number of charge/discharge cycles determines its life expectancy. The conditions of charging are also important to take into consideration since fast-charging repeatedly the battery will reduce its life span compared to the slow recharging process.

But some other conditions may lead to dispose immediately of a battery: 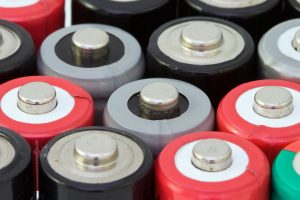 The functioning of Li-ion batteries depends on a flux of Lithium ions between the anode (-) and the cathode (+). The anode is generally a graphite or hard carbon pole while the cathode can be of a different composition to accept Li ions: Cobalt oxide (ICR or LCO), Manganese oxide (IMR or LMO) or Iron phosphate (IFR or LFP). The cathode material is determinant for performance, reliability and safety.

When charging, the electrons are moved from the cathode to the anode. During use, they move the other way round. This type of battery is less subject to strong memory effect nor auto-discharge.

Where is the risk?

The weakness of Li-ion batteries is the instability and two main causes can be identified for a battery to catch fire or explode:

Some research is ongoing to reduce or suppress the so-called dendrite problem. The LiPO technology (lithium polymer) containing a Li polymer electrolyte instead of a liquid, is susceptible to fix this issue but the MDC is lower than other Li-ion categories, making it of a lesser interest for vaping.

The different types of Li-ion batteries

ICR batteries with Cobalt (Co) oxide are very common and widely adopted by vapers because of their important energetic density. The nominal current is around 3.7 V and the effective voltage is 4.2 V when charged, down to 3.2 V once flat. MDC is relatively high, generally ranging between 0.5C and 2C. Life expectancy is also high with up to 500 charge/discharge cycles in the high quality batteries and more reasonably around 300.

This type of battery can be damaged by overcharging it (the dendrite problem, a loss of capacity and shorter cycle life). The risk of explosion is higher because of the presence of Cobalt and because of the structure of the battery.

Some ICR batteries are equipped with electronic protections in the form of a circuit: PCB (Protective Circuit boards). The current cutoff value determines when the battery stops working. The electronic board provides several features among which:

Those protected batteries are generally longer by 2 mm compared to unprotected ones because of the presence of the circuit board on the negative plot. Some are just protected by a thermal fuse (hard-blow or resettable).

IMR batteries with Manganese (Mn) oxide can cope with higher MDC, from 5C to 15C but have a lower power/weight ratio than ICR, making them less interesting for vaping. Their capacity is about 40% lower than their ICR cousins. The issue is that LiMn2O4 cannot be overcharged because no additional capacity will go into the cell and their technology makes them safer than ICR. In practice, the family of IMR batteries expands with the introduction of a Nickel cathode to cope with the overcharge issue by improving stability.

IMR are less prompt to explode than ICR and a failure rather produces gaseous incandescent blasts. They generally don’t have built-in electronic protection but sometimes a pressure valve or vent holes.

INR batteries are an hybrid technology with Co and Mn. They can explode like ICR ones.

IFR batteries with Iron (Fe) have a MDC of about 2C. The average nominal voltage is 3.2 V and varies between 3.6 V when charged, down to 2.8 V, flat. They are much more stable than IMR and do not require PCB. Their life span is higher than IMR models with more than 1 000 cycles.

In contrast with their parents, Li-iron batteries do not explode or blast incandescent gases. They heat but with no degassing.

To go further with battery testing, Mooch is a tester who provides factual values and oppose them to manufacturer’s indications. A quick glance at his page reveals that most of the rebranded models have poorer performances than models of regular brands.

CVA: Ontario Vape Shops Are Essential and Should Stay Open