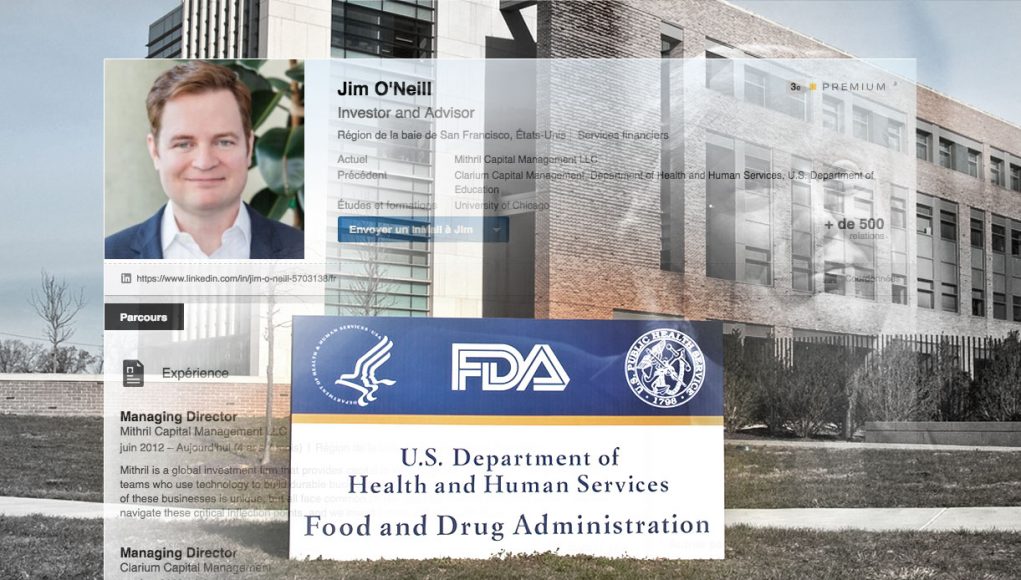 An article published earlier this week on Bloomberg Politics pointed out that O’Neill “could push the agency in new directions”. In a speech back in 2014, he had said that he believed that FDA approval regulations needed to be reviewed so that drugs that were proven safe could hit the shelves without prior proof of their efficacy. He called this “progressive approval.”

An article published on Bloomberg Politics pointed out that O’Neill “could push the agency, (FDA), in new directions”.
For the last fifty years the FDA chief has always been a trained physician or a prominent scientific researcher, hence O’Neill would be an unusual pick since he doesn’t have any formal medical training under his belt. He obtained his undergraduate degree at Yale University, which was followed by a masters degree from the University of Chicago, both in the humanities. In 2002, he joined the Health and Human Services Department under Bush, starting off as a speechwriter, and moving up to lead some policy functions by the time the administration had reached it’s final years.

What could be expected for Vaping?

Jim O’Neill like Trump is known for at times making eccentric claims. He is all for a free market in the healthcare industry and against over regulating in general. According to Bloomberg, at a 2009 conference O’Neil said “because there’s not a free market in healthcare, people are suffering very significant health consequences that in a free market they would not suffer”, and had also pointed out that in a free market “you wouldn’t be forced to subsidize obesity.” He is also known for his somewhat controversial view in that people should be able to pay others for organ transplants.

…because there’s not a free market in healthcare, people are suffering very significant health consequences that in a free market they would not suffer.Jim O’Neill

At this point nothing is confirmed, hence it is still unclear whether O’Neill will be FDA chief or not. What is certain at this point is that with his belief in the free market, if the position were his, we would very likely witness a reduction in prices, and a decrease in regulations most certainly in the area of healthcare, but most probably also in favour of the vaping industry.

Hopefully we will get the FDA bans demolished.