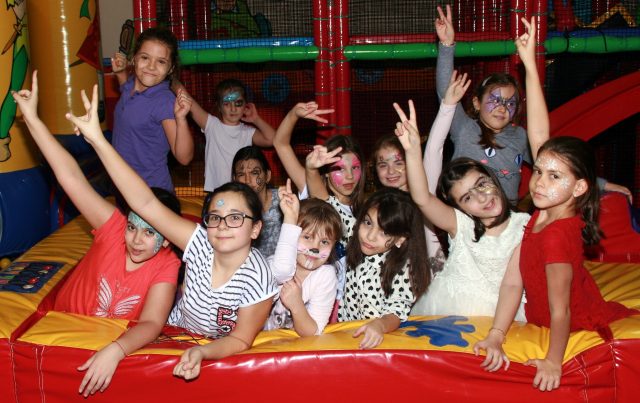 The American College of Emergency Physicians (ACEP) reports to the media on the case of ingestion by a child aged of 6 years and links the incident to the recent warnings of the US Surgeon General that qualified e-cigarettes a “major public health concern.” On the other side, the scientific case report [1] published in the Annals of Emergency Medicine, orientates the debate on the inconsistency of vaping products regulation.

The publication predicts that “emergency physicians and poison centers will continue to encounter clinical significant cases of nicotine toxicity, especially in pediatric patients.” The reason of their concern is the “increasing popularity and widespread availability of highly concentrated, unreliably packaged, and inconsistently regulated electronic cigarette products such as nicotine refill liquid”. However, an appropriate regulation has been set up to prevent such accident to happen.

Of course, nicotine is a product that shouldn’t be left unintended and e-liquids should be kept away from kids. Child-safety measures have been required in the US for all nicotine e-liquid bottles since the Child Nicotine Prevention Act of 2015 has been enforced last February 2016.

This bill requires any nicotine provided in a liquid nicotine container sold, offered for sale, manufactured for sale, distributed in commerce, or imported into the United States to be packaged in accordance with the Consumer Product Safety Commission’s (CPSC’s) standards and testing procedures for special packaging that is difficult for children under five years of age to open or to obtain harmful contents from. The requirement must be treated as a standard for the special packaging of a household substance under the Poison Prevention Packaging Act of 1970.Child Nicotine Poisoning Prevention Act of 2015

But what really happened?

As found in the case report, the patient’s father administered to his 6-year-old daughter what he believed was a 10 ml dose of ibuprofen painkiller but in fact was a 70 mg/ml nicotine juice. The container that was supposed to contain ibuprofen, a medicine sold over-the-counter in all pharmacies, had been filled by the mother with her e-cigarette juice and stored in the fridge with a hand-written label “Nic” on its back.

The DIY in question

The Do-it-yourself (DIY) tendency has gained popularity on the internet over the last few years. With Youtube videos showing how to build furnitures with wooden pallets, websites teaching us how to construct goods instead of buying them in store, this tendency is promoting responsible consumer habits.

I am the first one to rush on websites when kids ask me for plasticine or liquid bubble solution. Such simple recipes are easy to realize at home, even involving the kids themselves, and do not involve use of dangerous products.

Mixing e-liquids is not more complicated but involves much more dangerous products. This practice requires the insurance of reliability and to follow certain rules like the elementary precautions to store harmful chemicals at home with the most common example, concentrated bleach.

Of course, in this case, the most harmful products are not Vegetal Glycerin or Propylene Glycol but nicotine that is sold in large volumes of concentrated solutions that lift out of the regulation devoted to nicotine e-liquids.

The case report points out a mislabelled stock solution of nicotine. The physicians made a back calculation of the concentration of nicotine in the stock solution and estimated it to be 140 mg/ml instead of the 60 mg/ml written on the label. Such an error from the manufacturer could have gone unnoticed otherwise and probably occurs much more often that expected.

Hence, DIY in itself is not the core of the problem that rather is the reliability of the source of consumable products.

A failure in peer-review process

Firstly, it is important to acknowledge the professionalism of the team who saved the life of the little girl after she ingested liquid nicotine to a dose. They undoubtedly better master the art of emergency care than communication skills around this hot topic. And it is not only the fact of the authors but also the fact of the ACEP and the general peer-review process of its international journal: Annals of Emergency Medicine.

Unless the initial intention was to use this medical case to support a political position against vaping, a proper peer-review process would have spotted the political stance behind the conclusion and re-oriented the debate to a more appropriate field. The role of reviewers and editors is to warn the authors when they are misleading. They may have asked them to re-write parts of the manuscript for example to point out the irresponsible use of a child medication container for a toxic compound.

In the present case the home-made nicotine solution’s strength was determined at 70.3 mg/ml by the hospital. This means the patient ingested a total dose of 703 mg of nicotine. Literature generally cites the value of 60 mg for a lethal dose of nicotine for an adult (2).  The 60 mg threshold is the one considered by the European Union when drafting the TPD that now caps e-liquid nicotine strength at 20 mg/ml and total volume of e-liquid containers to 10 ml.

The exact lethal dose for nicotine remains unknown but is required for regulation purposes. The present case suggests that it is beyond 35 mg/kg for humans. This is an issue that could have been discussed by the authors to drive science forward in this domain.

The political message that could be retained from this case is that the climate of uncertainty around vaping in the USA is leading people to turn to alternative methods to obtain their nicotine: Black market is one solution and also a thread for public safety; DIY is another common solution to reduce the cost of e-liquids. The tendency was present but marginal before the federal administration started to decimate local e-juice manufacturers. Now, DIY amplifies and even becomes a necessity for some users who are facing raising taxes or state bans on their products.

[2] Mayer, B. (2014). How much nicotine kills a human? Tracing back the generally accepted lethal dose to dubious self-experiments in the nineteenth century. Archives of Toxicology. Archiv für Toxikologie, 88(1), 5.

Thanks Jerome,just asking out of curiosity is there an English twitter handle for VapingPost? I can locate VapingPost-fr only

Thank you very much for reading us.

Opinion Diane Caruana - September 30, 2022 0
A recent study examining data from the US PATH Surveys, found that 'risk misperceptions' about vaping are still on the rise.Forbes highlights that while...

Science Diane Caruana - September 30, 2022 0
After a 24 month check in, 63% of e-cigarettes-only users transitioned to abstinence.Titled, “Is e-cigarette use associated with persistence or discontinuation of combustible cigarettes?...