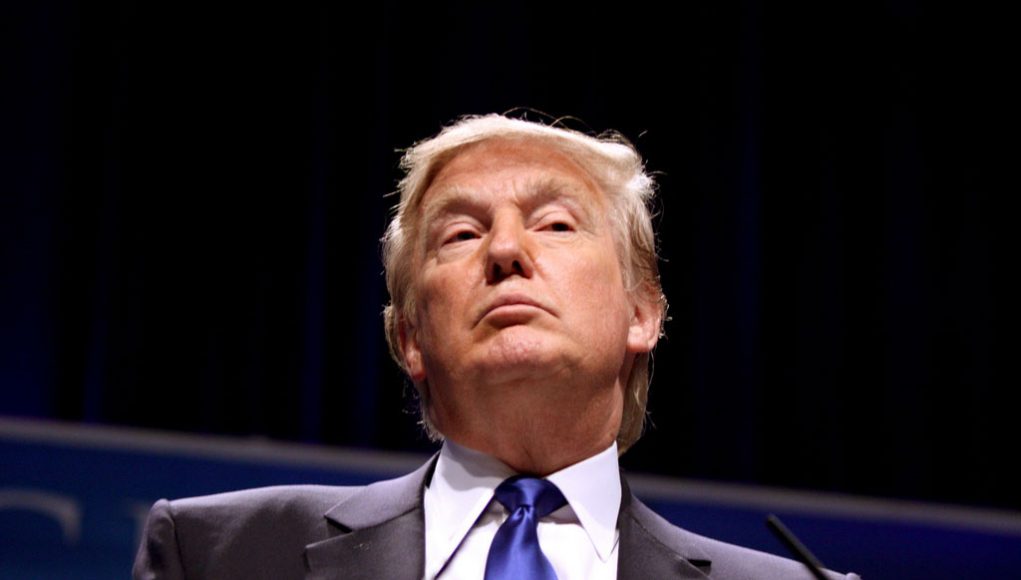 Altogether, it is crucial to always keep an eye on Trump’s questionable activities, as most continue to watch closely. One of Trump’s latest endeavors has been nominating a new Supreme Court Justice which has been met with much criticism and concern. Yet, we must remember to also consider the big picture.

The vape community must analyze every single political action now and how it may help benefit their lifestyle’s industrial regulations. Every appointee, every nominee, every stroke of a pen to paper must be carefully analyzed by American citizens as well as those abroad, though it is now a duty for vapers to research and consider how these decisions could be considered is

If you are a vapor product consumer, this may very well peek your interest as it could be quite beneficial when considering the severity FDA regulations and the unlimited power and control this agency currently has.

And the Nominee is…

The Supreme Court Justice nominee, Judge Neil Gorsuch of the 10th Circuit Court of Appeals in Colorado is Trump’s pick for replacing Justice Antonin Scalia, even though his death at age 79 actually occurred under Obama’s Presidency. At first glance, many initially had much doubt and concern, as that seems to be the norm when considering the decision making processes of Trump and his Administration – seemingly being filled with a cronyism reflecting Big Business transferring over to Big Government.

The most interesting background information on nominee Gorsuch is his views on a 1984 Supreme Court Ruling that allowed members of Congress to transfer over burdensome responsibilities to government agencies. In hindsight, since Gorsuch entirely opposes this highly partisan and controversial Supreme Court Decision could be Vapor Savior in Disguise

Many feel this nomination would be bad news for members of Congress who like to pass the responsibilities of broad powers over to administrative agencies  This type of governance by Congress is merely a strategy to safeguard their political reputations and House seats. They are, after all, elected political officials who serve “the people,” so avoiding controversy attached to their names at all costs is a top priority.

Many former elected public servants have come forth individually in the recent past to reveal that, for nearly 50-75% of every work day, members of Congress are tasked with calling the wealthiest elite to beg for donations to finance their next campaign. Considering this, it became a critical priority to discover a way to make more time in the day to raise funds while also not losing the faith of their voters.

Zero accountability is what they sought out, so distancing themselves from the primary issues was their overall goal. Certainly this is very disrespectful and inconsiderate to voters who are directly affected by the rules those agencies make. Thus, the nearly 10million U.S. Vapers and small business owners who continue to be affected by this doctrine .

The Chevron Doctrine and Deference

Reflecting on circumstances there is one specific Supreme Court decision that has allowed Congress to avoid serving the best interest of the people in the United States. This decision came into effect after the final ruling in the case Chevron v. National Resources Defense Council.

The 1984 decision established the so-called Chevron Doctrine under which courts are supposed to yield to federal government agencies when it comes to unclear or equivocal laws defining their responsibilities.

Chevron and its cronies are an issue of extreme importance nowadays more than any other time before. As Donald Trump deregulates President Obama’s mesh of restrictions that were instituted during his term. Unfortunately, the FDA regulations on vapor products are considered to be compliments of the Obama administration.

Government agencies can change the interpretation whenever they deem it to be necessary.

One feature of what is now referred to as “Chevron Deference” is that these government agencies are not only given authority to establish what the law is, but they can change the interpretation whenever they deem it to be necessary.

All of this particular Information about Chevron Deference surely coincides with the actions taken by The Food & Drug Administration and their . Perhaps another Supreme Court decision is in order to replace this ultimately oppressive doctrine known as “Chevron Deference.” This is by far the one piece of major Federal law that could very well reverse harsh regulatory stipulations on the vapor industry

Supreme Court nominee Neil Gorsuch is a very talented writer, and he puts the dilemma in simple terms. “By giving federal bureaucrats the power to decide what the law is and change their minds as they see fit – as Obama did with labor, environmental and Internet regulations, and Trump is likely to do again – citizens are forced to try and predict what the government will do to them in the future while making decisions now.”

“Because of their massive power and the absence of Presidential supervision and direction, independent agencies pose a significant threat to individual liberty and to the constitutional system of separation of powers and checks and balances,” wrote Kavanaugh, a George W. Bush appointee who also served as counsel in the Bush administration.

The Significance of Ending Chevron Deference for U.S. Vapers

That is absolutely what is happening throughout the “Vapor-sphere” and the vape community never would have anticipated this is the the primary factor of why so many Democrats tend to not support vaping while the majority of Republicans have been considered vaper’s allies.

The authority of the FDA has been hiding behind the protection of the Congressional offspring, Chevron Deference.

All along, vapers have been searching for answers, looking back into history to try and determine how these FDA regulations held any legitimacy. How could instituting another type of prohibition in America actually be considered constitutional?

Well, it seems the entire time, the authority of the FDA installing outrageous and highly restrictive rules on the U.S vapor industry, has been hiding behind the protection of the Congressional offspring, Chevron Deference.

Supreme Court Justice Nominee Neil Gorsuch reveals his concern to agencies that are under the control of the executive branch.  “The Supreme Court decided in 1892 that Congress can’t delegate legislative power to the president – members of Congress must remain accountable to voters in their own districts. “Yet on this account of Chevron we’re examining, its whole point and purpose seems to be exactly that – to delegate legislative power to the executive branch,” Gorsuch wrote. The Supreme Court in 1935 rejected a statute giving the president the power to write an industrial code of competition for the poultry industry. Gorsuch writes, “how is it, then, that under Chevron, agencies have pretty unfettered power to regulate a lot more than chicken?”