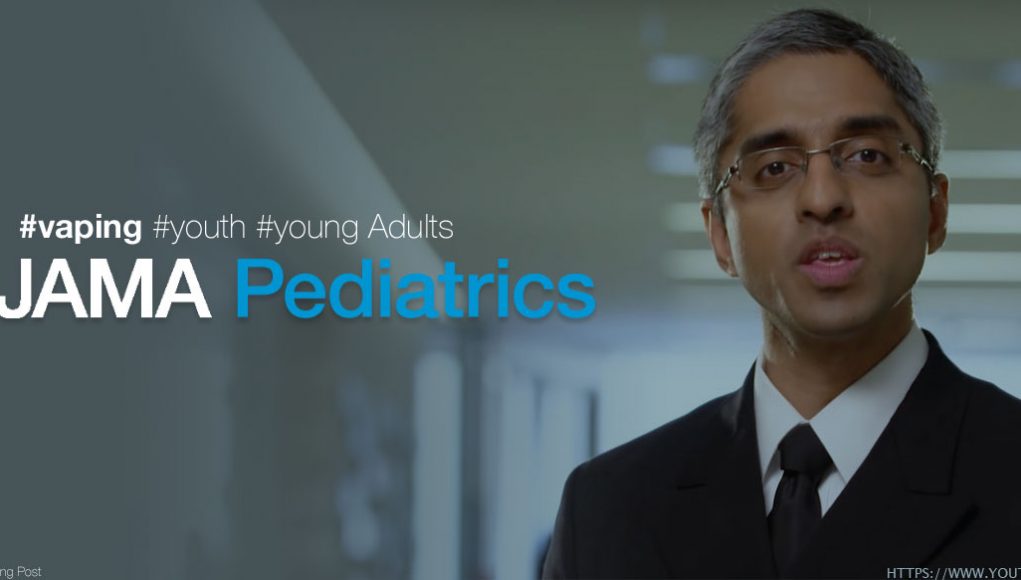 Vaping products “are now the most commonly used form of tobacco among youth in the United States, surpassing cigarettes, chewing tobacco, cigars, and hookah.” said Murthy in an article published earlier this month in JAMA Pediatrics. Additionally he repeatedly referred to vaping as a “form of tobacco use” and to electronic cigarettes as a form of tobacco.

Since electronic cigarettes contain no tobacco, calling the devices tobacco products is inaccurate and misleading.
For many public health experts, these claims are nothing more than an insult to injury as last December Vivek Murthy released the infamous report which said that increased e-cigarette use amongst young people is a “major public health concern”. He had urged lawmakers to implement even harsher regulations in relation to use amongst minors, instead of seeing the products for what they are, an opportunity for smoking cessation or at least, harm reduction.

Professor in the Department of Community Health Sciences at the Boston University School of Public Health, Dr. Michael Siegel, pointed out that Murthy is once again spreading inaccurate information. Since electronic cigarettes contain no tobacco, calling the devices tobacco products is inaccurate and misleading, especially when keeping in mind that vapers have the option to purchase nicotine-free e-liquids.

Dr. Siegel thinks an apology is in order

Siegel thinks that the Surgeon General owes the American public an apology for spreading more misinformation and added that the whole point of vaping is for smokers to obtain the nicotine that they are addicted to via “a tobacco-free and smoke-free method”. Siegel added, “Even if the Surgeon General wrongly believes that consuming any product that contains nicotine is a form of tobacco use, then he is still lying to the public. Under that definition, e-cigarettes are not the most commonly used form of tobacco among youth. Potatoes are.”