Exactly one month ago, VapingPost.com updated our readers on the status of the Vaping legislation currently in U.S. Congress. In the article , we report how “nearly a month went by where no one in Congress had shown any support for The Cole-Bishop Act after it’s initial announcement. Yet, now there is a total of 23 co-sponsors, which is a number including the initial sponsorship from Representative Tom Cole who is the one who ultimately introduced this legislation.”

Now we are seeing even more positive gains for the “The FDA Deeming Authority Clarification Act of 2017.”

Here we are about a month since the legislation had experienced a massive gain in support, now we are seeing even more positive gains for the “The FDA Deeming Authority Clarification Act of 2017.” Therefore, the Cole-Bishop Act has been gaining momentum in the House more so now than ever before.

As of right now, there are 42 co-sponsors to the bill H.R.1136. There are only five Democrats in Congress who are considered to be co-sponsors of this legislation – leaving 37 Republicans as the remaining co-sponsors. It is quite ironic, there are so much less Democrats – since this is a bipartisan piece of legislation, one might assume an equal amount of political support from each party.

However, H.R.1136 is heavily supported by the right-end of the political spectrum. Regardless, gaining more co-sponsorship in general and even more so by attaching additional Democrats, though only a handful in total, is all providing momentum in a positive direction for the legislative process.

This proficient headway reveals a developing breakthrough for progress in pro-vapor legislative matters, which is something not many are used to discovering, since this tends to rarely occur. All things considered, it is clear that the leadership in the advocacy community has been working long hours to ensure this leads to a positive outcome. As it seems, some key motivating factors to their overall advocating strategy include the qualities of assertiveness and professionalism.

Professionalism is a term typically used to symbolize the ability to build positive relationships. After all, these are some very charismatic, passionate and entrepreneurial individuals on the front lines. It is not what you know, or who you know, but more so “how you know.” Building positive relationships is the primary determinant that reveals “how you know” another person.

History of the Cole-Bishop Legislation

Before “The FDA Deeming Authority Clarification Act of 2017” there was another Cole-Bishop bill that was introduced in 2015 where 77 cosponsors were collected. That is a higher number than 42, however, it took over a year and a half for the number of cosponsors to reach the total amount of 77.

With this earlier version of the bill, only two out of the 77 cosponsors were actually Democrats leaving 75 co-sponsors representing the Republican Party. There are already twice as many Democrats currently signed on as co-sponsors to this year’s revised, reinvigorated and highly-anticipated Cole-Bishop Act. There is definitely some momentum happening for the “The FDA Deeming Authority Clarification Act of 2017.”

All those who consider themselves as vape advocates, then this is your time to shine.

Perhaps, all those who consider themselves as vape advocates, then this is your time to shine, your time to act, your time to prove yourself, your time to deliver as a representative of either the industry or as a symbol for the consumer community. Furthermore, there is an urgent call-to-action for advocates nationwide to simply take action by calling your state’s legislators if they do not already support Cole-Bishop H.R.1136 – make your voice heard, if not, who will ever listen?

Overall, vapingpost.com is grateful to have the trust of the advocacy community for us to communicate their messages and share their direct comments appropriately. We had the chance to communicate with national and state level leadership on how urgent and significant Cole-Bishop has become for the advocacy community. Below we see comments from some very influential advocates – it is recommended to closely read everything they mention and to specifically follow their advice.

“Cole-Bishop is an absolute necessity to ensure the survival and future of this industry.”James Jarvis, President of the Ohio Vapor Trade Association (OHVTA)

President of the Ohio Vapor Trade Association (OHVTA) James Jarvis states, “Cole-Bishop is an absolute necessity to ensure the survival and future of this industry. We owe it to future generations to reach out and urge our Congressional Leaders to support Cole-Bishop, support predicate date change, support battery safety and guarantee the future of the industry.”

“We have a real opportunity right now to save the vapor industry through Cole-Bishop.”Tony Abboud, Executive Director of the Vapor Technology Association (VTA)

Tony Abboud, Executive Director of the Vapor Technology Association (VTA), explained, “We have a real opportunity right now to save the vapor industry through Cole-Bishop, but it will only happen if elected officials in Washington hear from small business owners and their customers all over the country. It is important now more than ever that we make our voices heard.   The Vapor Technology Association urges every vape shop, manufacturer, e-liquid company, and their entire distribution chain to go to www.SaveVapor.org where you can use our platform to email, call and tweet your Members of Congress and tell them to act now to include this critical legislation in the 2017 budget. We also urge all consumers to use CASAA’S call to action at www.august8th.org to do the same. The TIME IS NOW!” 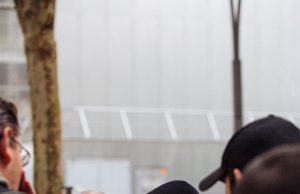 Diane Caruana - December 9, 2022 0
High vape taxes will have an especially negative effect on people who are financially challenged, which is unfortunately known to be the group making...