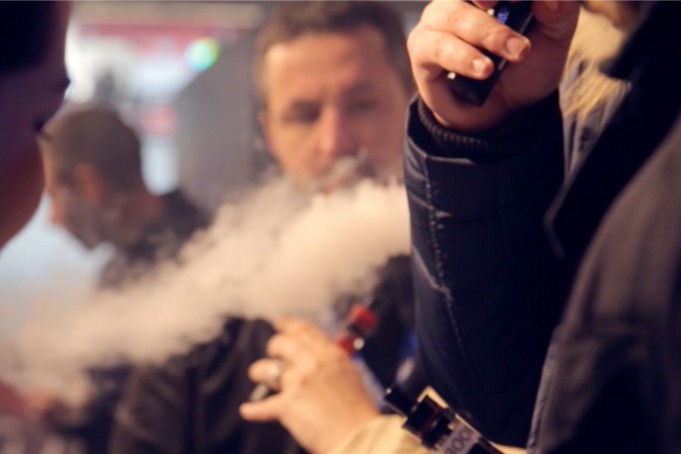 The latest health scare directed at e-cigarettes appeared on Thursday, when a slew of media articles announced that vapour products put their users at risk of bladder cancer, which is known to be a smoking-related disease. According to Dr Sam Chang of Nashville, Tennessee’s Vanderbilt-Ingram Cancer Center, 92% of vapers tested positive for o-toluidine and 2-naphthylamine, two chemicals which have been linked to bladder cancer.

However, the “research” was immediately criticised by Greek cardiologist and vaping expert Dr Konstantinos Farsalinos, who pointed out a number of major holes in the study. According to Dr Farsalinos the study was fundamentally flawed. Firstly the sample size was too small. Secondly there was no verification that the vapers in the study had stopped smoking, so any chemical exposure could have been from lit tobacco. Thirdly there was no control group of smokers. There was no check to see if o-toluidine and 2-naphthylamine were present in the e-cigarette vapour, and finally – and most importantly – these chemicals are not biomarkers of smoking.

This is such a major issue because levels of o-toluidine and 2-naphthylamine are not significantly different in smokers and non-smokers. In other words, whatever causes a higher rate of bladder cancer in smokers, it’s probably something else. This probably explains why Dr Chang’s work was only presented in a conference abstract, not in a proper peer-reviewed study.

Many vaping advocates were outraged on Monday by an editorial in the respected science journal Nature. Entitled “The United States must act quickly to control the use of e-cigarettes”, the article bundled together a whole list of misconceptions and obsolete concerns in a way that’s likely to confuse and worry many smokers.

Strangely for a leading journal, Nature seem to be unaware of how much research has already been done on vaping. They implied that the “gateway effect” is still an unknown, when in fact it’s been repeatedly debunked, as well as questioning the relative safety of the products and adding to the hysteria about “candy” flavours. However the main thrust of the article was about the FDA Deeming Regulations.

The editorial complains that some politicians are challenging the FDA rules, requesting either a change in the grandfather date or a review of the entire system. Nature blame this on “nudging from the industry”, without producing any evidence to back it up. While they don’t go as far as saying the Deeming Regulations are fit for purpose the editorial is definitely negative about any moves to revise them, and given how respected Nature is, that’s going to make life a lot more difficult for those who want to counter the scaremongering.

Most vaping advocates predicted it wouldn’t take long for the public health industry to hit back against the FDA’s new commissioner and his more evidence-based approach to vaping, and that prediction has now been confirmed. On Wednesday an open letter to the US government’s Health and Human Services Secretary, signed by 51 pressure groups, complained that the FDA has delayed the introduction of its notorious Deeming Regulations. The new rule, which classifies e-cigarettes as tobacco products and imposes prohibitive costs on manufacturers if they want their products to be approved for sale.

At the beginning of this month the FDA, apparently acknowledging the unrealistic demands it was making on manufacturers, announced that it was pushing all Deeming deadlines back by three months. With the confirmation of Scott Gottlieb as the new Commissioner this opens up the possibility that Deeming could be significantly amended or even scrapped. It’s no surprise that groups dedicated to opposing vaping are outraged. The signatories of the letter include Tobacco Free Kids, who have previously campaigned to exempt tobacco cigarettes from the rules they want imposed on vapour products, March of Dimes and the United Methodist Church.

In his first statement to the agency’s staff on Monday, newly approved FDA Commissioner Scott Gottlieb hinted at a more rational approach to alternative nicotine products than the organisation has shown so far.

Most of Gottlieb’s address dealt with drug-related issues, including the opiod crisis and the need to protect consumers with fairer drug pricing, but he also discussed smoking and the need for “less harmful products”. It’s hard to read this as anything other than a criticism of the Deeming Regulations, which if enacted will devastate the US vapour product industry and take almost everything except cigalikes off the shelves.

Years ago during student days I was involved in work to present funding requests by a State supported university to state government. Competition for that money is ferocious, every year. Tobacco taxes fund a lot of things. The benefiiciaries know who they are. E cigs are a massive funding threat particularly to public education, public health, medical research and local government. Those would be the first to see funding cuts if tobacco taxes declined significantly. Who are the loudest voices? Who makes the news against vaping? Even the people with direct responsibility for the public’s health want vaping products banned while tobacco remains for sale the same as always. How can they be fit for the responsibilities we’ve entrusted to them?