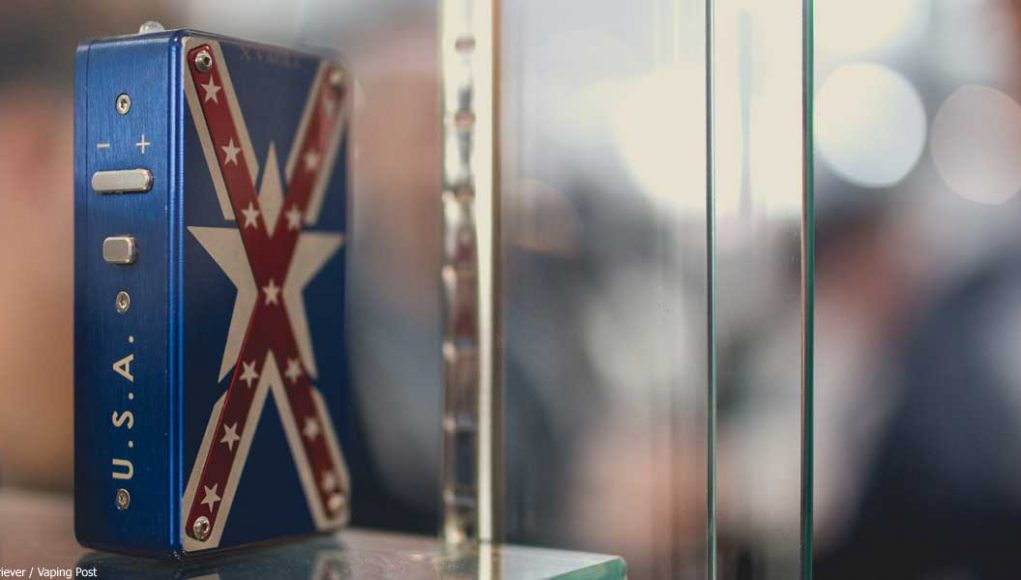 Momentum behind the Tobacco 21 campaign continues to increase in the USA, and thanks to the FDA “deeming” vapour products as tobacco, that’s bad news for younger vapers. So far cities and counties across the country are banning adults from buying e-cigs until three years after they’re allowed to vote, and now a third state has passed a similar law.

California and Hawaii have already pushed through the higher purchase age at state level, and now is about to join them. The Oregon House passed a bill enabling the law change last week, and it will come into effect as soon as Governor Kate Brown signs it – most likely within the next few days.

Like many similar laws the Oregon one seems to be the result of lobbying by public health groups. The stated reason behind it is that most smokers take up the habit before the age of 21, so raising the age limit should theoretically prevent them ever starting. Of course, almost all of them start before the age of 18, too. Tobacco 21 advocates struggle to explain why the new limit will be any more effective than the old one. Worst of all, by lumping vapour products in with tobacco they ensure that teen smokers can’t access a safer alternative.

A Beaufort, South Carolina man is suing Sony after one of their batteries exploded, leaving him with burns to his leg. Thomas Masters says the Japanese electronics giant sells batteries that have manufacturing defects and don’t comply with safety standards. According to Masters the batteries are unsafe because they aren’t fitted with temperature control systems or anti-short-circuit protection.

Masters was injured earlier this year by a Sony VTC5 18650 battery. This is a popular model among vapers, although Sony don’t sell it for that purpose. However, Masters argues that it’s Sony’s responsibility to know what people are doing with its products and that the company should have taken extra precautions.

However, there’s one major problem with Masters’ claim – it’s very hard to argue that the explosion wasn’t his own fault. When the battery failed Masters was carrying it loose in the pocket of his jeans, and he admits that there were coins and keys in the same pocket. This is well known to be an extremely dangerous way to carry any high-capacity battery, and it’s hard to see what Sony could have done to prevent the failure.

In one of the more bizarre contributions to Australia’s ongoing debate on vaping, the Australian Medical Association – the trade union representing the country’s doctors – has claimed there’s “no compelling evidence” that vapour products are an effective substitute for smoking.

Australia’s vaping laws are notoriously strict, but the government is, at last, looking at the subject in more detail. Recently the standing committee responsible for health held a public consultation and the AMA submitted a response. Unfortunately this response was resolutely negative, referring to debunked ideas of “renormalisation” and claiming that dual use makes smokers less likely to switch.

In a surprise development, after making their submission the AMA then refused to address the standing committee in person. The committee heard evidence from tobacco industry representatives about reduced-risk products, and that was enough to keep the AMA away.

British reality TV show Love Island ran into trouble last week when 39 viewers complained to regulators about the programme’s shocking content. However, only 15 of these offended people were upset at the show’s wall to wall sex; the majority were more concerned that some of the participants smoke. One even went as far as to count the cigarette packets on display.

To silence the complaints, ITV has ordered a supply of e-cigarettes from a UK vendor and delivered them to the island. The move was praised by the British Heart Foundation, which reminded the media that vaping is at least 95% safer than smoking.

The UK has many passionate vape advocates who campaign to protect e-cigarettes and their users from over-zealous lawmakers, but one Shropshire vaper has gone a step further. Kevin Hill is organising a charity vape show in Donnington, Telford, on 19 August to raise money for four children’s charities. So far around 20 local vendors have signed up. It seems that while anti-smoking “charities” are only concerned about their own funding, vapers would rather see money go to a good cause.