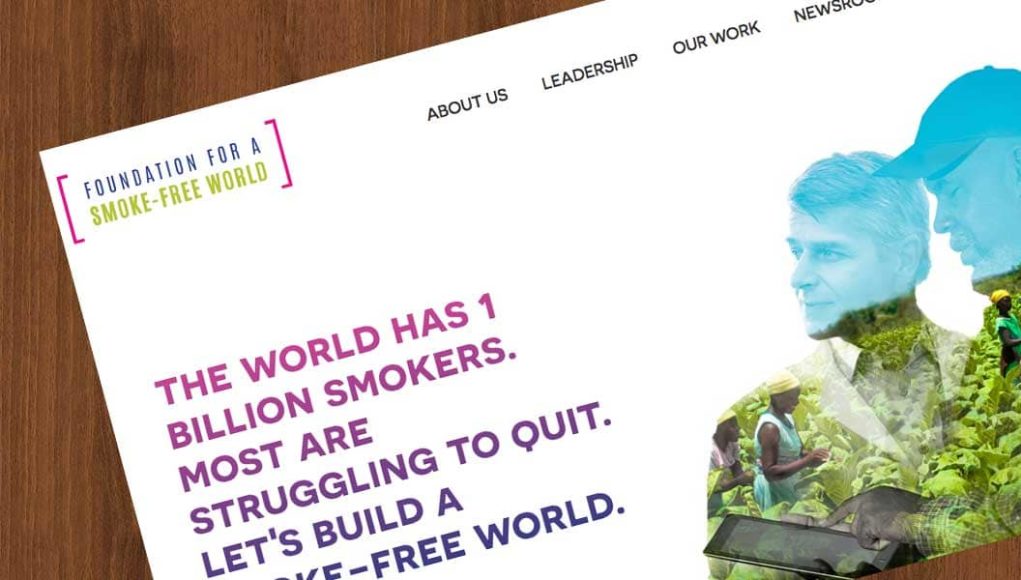 The Foundation for a Smoke-Free World, an independent non-profit organisation, is headed by former World Health Organisation tobacco control chief Derek Yach and supported by leading harm reduction advocates like Professor Marewa Glover. Initial funding totalling $80 million per year for the next twelve years has come from PMI, which seems to be what’s sent public health zealots into a flat spin. Although the foundation’s by-laws make clear that it’s free to spend the money without interference or oversight by donors, the idea of industry funding for a harm reduction organisation has triggered prohibitionists on a huge scale.

A hysterical outburst by UCSF’s Stanton Glantz, entitled Derek Yach’s journey to the Dark Side is now complete, accused the foundation of being a “PR effort” and “industry front group”. An equally over-excited blog post on the British Medical Journal’s website repeated the “front group” smear, and accused Yach of “dismissing 40 years of tobacco control activism”.

The BMJ post’s authors include Anna Gilmore (a British professor who has been implicated in using her seat on a funding committee to allocate taxpayer funds to herself), Ruth Malone from UCSF’s School of Nursing and Australian pensioner Simon Chapman. Among their many complaints is that the tobacco control industry is “already vibrant” and has “fresh ideas”. However the foundation’s launch video, produced by A Billion Lives director Aaron Biebert, points out that current strategies based on restrictions and punishing smokers have run out of steam – and the tobacco control establishment has run out of ideas.

This is why the abbreviation “PMI” is used in this blog:
“The Foundation has secured initial funding of approximately US$80 million annually over the next 12 years, beginning in 2018, from Philip Morris International (PMI).” (quote from the website of the foundation). It is indeed a tobacco company front group for PMI as PMI tries to replace business it is losing as nicotine addicts quit smoking tobacco in cigarettes by luring them into vaping new but still harmful PMI e-cigarette nicotine products, even enlisting e-cigarette propagandist Aaron Biebert.

What harm have you found from vaping Carl O? The FDA and WHO has been looking for 10 years and have found bupkis.

Are you talking about Aaron Biebert the Human Rights guy who made a very nice movie about the people dipping in the tobacco money jar ?
Are you talking about the imaginary nicotine addiction (which would mean nicotine causes harm which have been proven untrue decades ago) ?
Are you the Carl O’Kelley activist (activism is not wrong at all) who lies (well, in that case it could be) about vaping, publishing false health information (in that case it definitively is) ?
[a responsible citizen that tries not to lie about health and doesn’t earn a penny on tobacco, or vape, sales, and doesn’t like being ripped of his freedom when he doesn’t harm others]

Vapor products facilitate my preferred method of nicotine delivery while substantially reducing exposure to toxins in comparison to the combustion of tobacco cigarettes.

You need to understand this.. Nicotine is a enjoyable stimulant millions of us don’t want to stop use because we enjoy it much like I enjoy 2 cups of coffee in the morning.

Now you can sit here point fingers and come up with conspiracy theories or you can accept what I just said and stop giving us a hard time because you feel you should have control over what I chose to do to my body with absolutely no risk to bystanders.