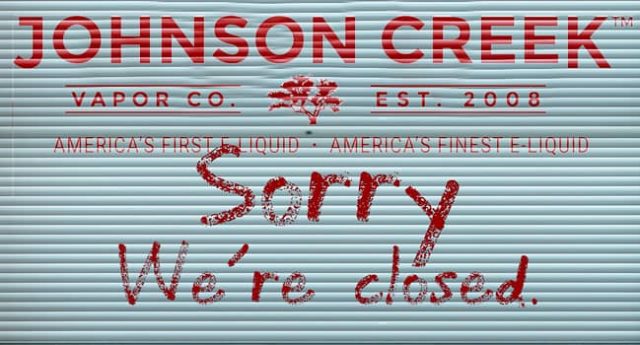 “Very sad to announce we’re going out of business. Effective tomorrow.” said the company’s CEO, Heidi Braun in a Twitter post on Monday 9th. “Johnson Creek will no longer be in business. I’m so very sorry that we’ve failed you,” he added in a statement on the company’s website.

“Johnson Creek will no longer be in business. I’m so very sorry that we’ve failed you.” Heidi Braun, CEO, Johnson Creek

Operating since 2008, Johnson Creek was the first e-liquid producer established in the states, and between direct-to-consumer sales, wholesale bulk e-liquid, and distribution to brick and mortar stores, at one point they were the second largest e-liquid manufacturer in the world.

The village of Hartland had stepped in to help

Last February the village board had agreed to step in and urge the FDA to rethink the application process.
Earlier this year, the company’s CEO had already voiced serious concern. He said that the FDA’s rule requiring the registration of every product introduced after February 2007, could put them out of business. Johnson Creek had over 200 e-liquids that were introduced to the market after 2007. Braun, said that with each application costing approximately $1 million, Johnson Creek would have to pay about $200 million in fees if it submitted an application for each flavor.

Infact, back in February the village board of Hartland had agreed to step in and assist the business fight the repercussions which were brought about by this harsh application process, by urging the FDA to rethink its requirements.

Why did Johnson Creek go out of business?

Subsequently, last August the FDA famously announced a major shakeup to the agency’s policy on e-cigarettes which included the PMTA deadline delay. Yet Johnson Creek still went bankrupt. What happened?

Hartland Village Administrator David Cox said that while he believes that the prospect of the costly looming regulations did play a role in the company’s demise, a business deal gone wrong with tobacco and cigarette papers distributor Republic Tobacco, is what sealed their fate. 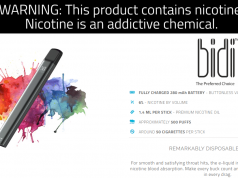 The Bidi Stick: An Eco-Conscious E-Cigarette 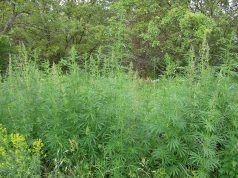