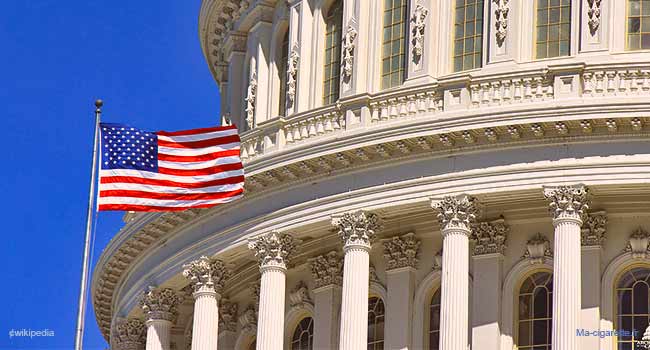 The Senator who is a member of the Democratic Party, claimed that he is concerned about the increased popularity of e-cigarettes amongst adolescents, and said that a recent study indicates that 20%of New York’s kids are using the devices.

Data released by the CDC last June, clearly indicated that smoking rates amongst high school students were cut in half in only five years, during the same time when vaping amongst the same age group peaked.
The infamous FDA deeming rule which had come into effect in August 2016, had rocked the vaping world and led to the demise of several small well meaning vaping businesses, who couldn’t keep up with the costly licensing fees imposed on them. Then last August, the FDA announced a major shakeup to the agency’s policy on e-cigarettes which included the de-nicotinization of cigarettes, and a PMTA deadline delay.

Sen. Schumer wrote a letter to the FDA, expressing his “grave concern about the exposure of the nation’s youth to harmful tobacco and e-cigarette products,” and urging the agency to “take immediate action to prevent the spread of chronic disease.” He thinks that the FDA should reconsider the compliance deadlines delay.

Data indicates that an increase in vaping is decreasing smoking rates

In contrast to the above claims, data released by the Centers for Disease Control and Prevention (CDC) last June, clearly indicated that smoking rates amongst high school students were cut in half in only five years, between 2011 to 2016, during the same time when vaping amongst the same age group increased from 1.5% to a peak of 16.0% in 2015. But this is not all!

The percentage of high school students using e-cigarettes has also dropped. For the first time since the advent of electronic cigarettes, vaping decreased from 16.0% in 2015 to 11.3% in 2016, while smoking in that same period dropped from 9.3% to 8.0%.

So they see that ecigs are a good thing that help people quit smoking and even thanks to them children don’t smoke that much… That’s just plain stupid. I’m speaking from my own experience too. Ecigs helped me stop smoking. I tried many other methods but nothing worked until I found ecigs. I now have slightly bigger vape from vapour2 that I can use even with dry herbs and I really enjoy it. Not only I can get my nicotine with it (which I’m trying to get off entirely) and I can also have some fun with it. 🙂 I just hope they don’t come up with some new laws…I wouldn’t like that.