Vaping Post
Home Press US study confirms that vaping is safer, but NHS complains about e-liquid 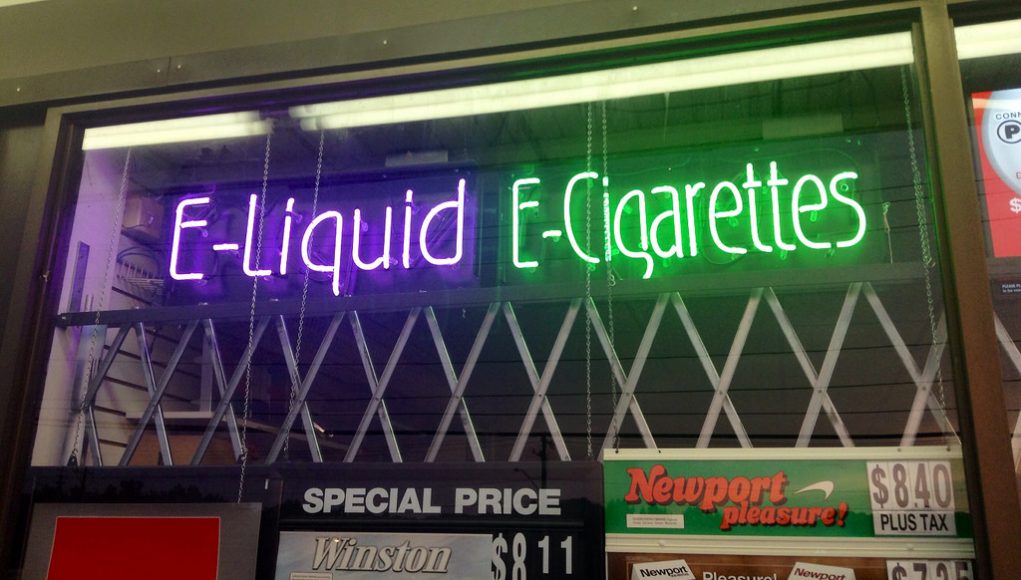 New study tells us what we already knew

A new study, looking at the health of several thousand US adults, has come to an unsurprising conclusion – vaping is less harmful than smoking.

Many recent studies into the dangers of vaping have focused on how much e-cigarettes taste like fruit or look like USB sticks. The team behind the latest one, led by Maciej Goniewicz of the Roswell Pak Comprehensive Cancer Center, took a less exciting approach and simply looked at what harmful substances both vaping and smoking exposed users to.

To conduct the study, Goniewicz and his team divided the subjects not a number of groups – vapers, smokers, dual users and non-users. They then tested each subject for their concentrations of 50 different chemicals that show exposure to tobacco-related toxins. What they found was that, while vapers are exposed to some of the same harmful substances as smokers, these are found at much lower levels. The highest levels were found in dual users, but before anyone gets hysterical about that it’s important to remember that dual users are usually in the process of transitioning from cigarettes to vapour products. Once they’ve made the transition their exposure will be far lower.

Interestingly, Goniewicz found that total nicotine levels in vapers were 93% lower than in smokers. This demolishes the accusations often thrown at e-cigs by harm reduction opponents, who like to whine that “one e-cigarette contains as much nicotine as 1,435 normal cigarettes.” Yes, perhaps it does – but the device is only delivering enough to beat the user’s cravings, just like it’s supposed to.

NHS Highlands, responsible for health care in the north of Scotland, claims to have uncovered a new health scare – young people swallowing e-liquid and becoming seriously ill. However, details of this alleged problem are scanty.

According to NHS Highlands health protection team they’ve identified “a serious situation” involving children drinking nicotine-containing juice and becoming seriously ill. However, no details were given and the team admitted that only a small number of incidents have been reported.

Except in the case of very young children or people with another health problem that makes them particularly vulnerable, there’s little serious health risk in ingesting nicotine e-liquids. While it’s a stupid thing to do, the body’ first response to ingesting too much nicotine is to vomit – ejecting most of the nicotine before it can cause any other symptoms.

The Food and Drug Administration is warning men who suffer from erectile dysfunction against getting their medication as an e-liquid. The announcement follows on from a letter sent in October to a Chinese company that’s selling medicated liquids. HelloCig’s range includes liquids based on popular drugs Viagra and Cialis, and the company has ignored FDA demands to stop selling them in the USA.

While Viagra and Cialis are effective drugs when taken as intended, they aren’t effective when inhaled. In fact they’re potentially dangerous; the FDA say that, if vaped while taking medications for diabetes, hypertension or several other conditions, these drugs can cause a potentially lethal drop in blood pressure.

Unfortunately, while the FDA have a bad attitude about vaping, this time they’re shooting straight – and it’s cowboy vape companies who’re handing them the ammunition. Vaping isn’t a medical treatment, and manufacturers shouldn’t be putting medications – even vitamins – in liquid. With public health continuing to attack harm reduction, it’s criminally irresponsible to hand them such useful propaganda.

In another apparent public relations triumph, besieged e-cig maker JUUL Labs has banned employees from using its own products in the office – and the media are all over the story.

To be fair, however, the company doesn’t have any choice in the matter. Their headquarters is in San Francisco, and JUUL have been under pressure from legislators to comply with the city’s “smokefree” laws. Up to now they’ve argued that nobody was smoking, but now they’ve had to admit defeat. Right now there’s a big tent outside for JUUL employees who want to vape during work hours, and the company says it’s exploring other options. The reality is that, while this story makes for good headlines, vaping companies have to obey the same laws as everyone else; the difference is that, unlike many companies, they work to find a solution for their staff.