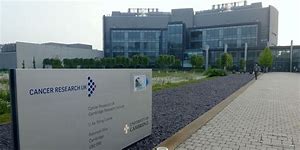 A new study funded by Cancer Research UK has found that a majority of people still overestimate the potential harm of vaping, and that ignorance about nicotine is particularly widespread. According to Public Health England, correcting this ignorance could reduce the harm caused by smoking.

The researchers, a team from King’s College London, found that less than 60% of people in the UK were aware that vapour products are less harmful than cigarettes. Worryingly this number is actually falling, as “health” activists continue to bombard the public with scare stories and misinformation. In 2012, 66.6% of people knew that vaping is less harmful; now it’s just 57.3%.

Commenting on the study, Martin Dockrell of PHE said, “There is still work to do to reassure smokers that vaping, while not risk free, is much less harmful than smoking. If you smoke, switching to an e-cigarette could save your life.”

A study published in the Journal of the American Medical Association last week has been seized on by opponents of vaping, notably former aerospace engineer Stanton Glantz, as proof that e-cigarettes are a health hazard. However, the study itself comes to the less than unexpected conclusion that you’re exposed to more tobacco-related toxicants if you smoke more.

Glantz and others have jumped on the fact that the study found higher levels of toxicants in dual users than in people who only smoke – despite the fact that in dual users exposure to toxicants was correlated with the number of cigarettes they smoked, and not how much they vaped. An alternative explanation for this is that heavy smokers are more likely to want to quit, and therefore more likely to try vaping.

A group of so-called health advocates in Kentucky is demanding a new sin tax on reduced-harm products, to counter what it claims is an “explosion” in teenage use. The Foundation for a Healthy Kentucky says teenage vaping is growing rapidly; the actual data shows that while many teens are experimenting with e-cigarettes, the number who vape regularly remains low – and most of them are current or former smokers.

Despite the fact actual teen e-cig use is a replacement for smoking, FHK say a tax is needed to deter people from using nicotine in safer ways. This isn’t the first time it’s been suggested; an e-cig tax was proposed in the state’s draft 2018 budget, but fortunately was killed off in the final approved version. Now anti-harm reduction extremists are trying again, and unfortunately they may have public support on their side; 73% of Kentuckians support the idea of a vape tax.

New Year’s Day marked a new tobacco control regime in Massachusetts, as a law signed last summer came into effect. It’s now illegal to sell vapour products or tobacco to anyone under the age of 21 – and existing bans on smoking in many public places have also been extended to vapour products.

The new law was signed by Governor Charlie Baker in July 2018, but didn’t go live until Tuesday. Its main effect was to consolidate a mass or local and county T21 laws and vape bans that already affected almost three in four of the state’s residents. Unusually, retail associations were among groups calling for a state law – because the previous patchwork of rules created uncertainty for businesses and gave an advantage to retailers in more liberal areas.

There was panic on an American Airlines flight from Las Vegas to Chicago on Friday night, when a passenger’s e-cigarette overheated and caught fire shortly after landing. The fire was small, and quickly stamped out by flight attendants; there were no injuries or reports of significant damage to the plane. US regulations forbid carrying e-cigs in checked baggage because of the risk of a fire in the hold, but they can be carried in cabin luggage as long as they’re not used during the flight.