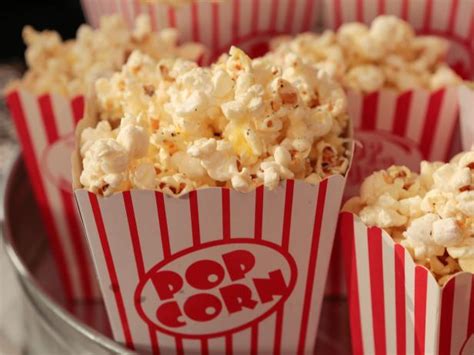 A state legislator from Michigan has prompted a wave of anger from vapers after making a series of ignorant claims about supposed health risks of reduced-harm nicotine products. State senator Dayna Polehanki, a Democrat, claimed she knew of a high school student who developed “instant popcorn lung” the first time they vaped.

“Popcorn lung” is the popular name for Bronchitis obliterans, a chronic lung disease linked to various air pollutants. One chemical it’s been speculatively linked with is diacetyl, a naturally occurring fermentation product found in butter, red wine and various other foods. It’s also used as a flavouring in some e-liquids. While diacetyl is safe to ingest there’s some evidence it may not be safe to inhale. Only a handful of cases of the disease have been linked to diacetyl, and all but one of these were among workers at a single popcorn plant, hence the name.

There has been speculation that vaping with diacetyl-containing liquids could cause popcorn lung, but this is not taken seriously by credible researchers. Cigarette smoke contains diacetyl at levels hundreds to thousands of times higher than any e-liquid, but there has never been a single case of popcorn lung linked to smoking. It’s also a disease that takes years of exposure to develop, so the idea that anyone could get “instant popcorn lung” from vaping once is simply absurd. Senator Polehanki is either grossly misinformed or making things up.

Happily, Senator Polehanki informs us that the child has now recovered and is back in school. Bronchitis obliterans is incurable and, without a lung transplant, generally fatal. No sufferer has ever been known to recover.

FDA pushes on with flavour ban

Despite the imminent departure of commissioner Scott Gottlieb, the Food and Drug Administration shows no signs of easing up its campaign against tobacco harm reduction. A press release from the agency last week announced a slate of new restrictions on flavoured e-liquids which are likely to devastate the industry and make it much harder for smokers and former smokers to get the products they need to replace cigarettes.

According to the announcement, the FDA is planning to scrap the current compliance system for all e-liquid flavours except tobacco, mint and menthol. The new compliance policy will include “priority enforcement” against flavoured liquids; the date by which a Pre-Market Tobacco Authorization has to be submitted for flavoured liquids is also being brought forward a year to August 2021.

Another study fails to understand cause and effect

A new paper presented to the American College of Cardiology has, yet again, put the cart before the horse. In an embarrassing failure to consider the relationship between cause and effect, the team from the University of Kansas replicated Stanton Glantz’s notorious finding that vapers are more likely to have had a heart attack than non-vapers. This has been presented as evidence that vaping causes heart attacks.

The reality is that many smokers switch to vaping because they’ve suffered a heart attack. There’s no evidence to suggest that vaping causes heart disease, apart from Glantz’s utterly discredited “ultrafine particles” hypothesis (based on research into cigarette smoke and diesel exhaust) and no scientifically plausible method by which it might.

As a bonus, the Kansas team found that e-cigarette users suffered higher rates of depression than non-users, and again drew the inference that vaping causes depression. In fact it’s well-known that people who suffer from a wide range of mental illnesses – including depression – have higher than average rates of nicotine use. This is because they’re self-medicating with nicotine to manage their conditions, not because nicotine causes those conditions.

A British surgeon has claimed that teen girls who vape are putting themselves at risk of breast cancer. According to Professor Kefah Mokbel, e-cig vapour contains heavy metals and oestogen analogues at levels high enough to be carcinogenic (actual testing shows this is not the case). Now he’s written to the government demanding educational programmes to warn teens about this alleged danger. Prof Mokbel later admitted that there is no evidence linking e-cigarettes with breast cancer or any other type of cancer.