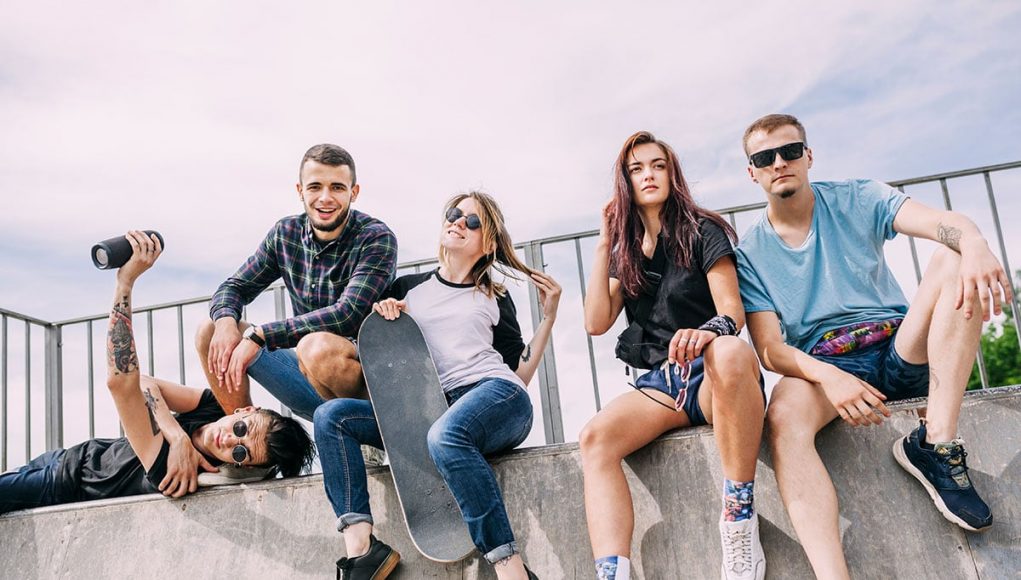 The bill, announced by Aderholt via an unprecedented press release, is a direct response to the so-called youth vaping epidemic that the Food and Drug Administration (FDA), other agencies under the U.S. Department of Health and Human Services, and various influential tobacco control groups have previously highlighted.

“In 1984, Congress raised the national minimum drinking age to 21 after realizing the dangers of teenagers having easy access to alcohol. Smoking is just as much of a danger to health and life as drinking, and even more so to those who are still young and impressionable,” Aderholt said in the press release, officially announcing the introduction of the Stopping Consumption of Tobacco by Teens (SCOTT) Act.

The original form of the bill his coded H.R. 2084 and has been referred to the House Committee on Energy and Commerce. Aderholt’s SCOTT Act is a proposal not only to increase MLSA for nicotine and other nicotine products but also establishes a regulatory framework to allow the FDA more extensive powers for enforcing age verification.

This legislation is noteworthy because it is the first bipartisan proposal advocating an MLSA increase on the cusp of now-former FDA commissioner Scott Gottlieb’s so-called historical action against the vaping industry.

One of the critical components of the bill is a series of regulations on the e-commerce sales of vaping products and e-juices. According to the press release announcing the legislation, online retailers will be required to have better age verification methods by requiring customers who navigate to a storefront to input their age, name, and other necessary data and run such information against a third party database.

“Before confirming a purchase, online vendors must obtain the full name, birth date, and residential address of that person,” Aderholt explains, via the same prepared statement. “This information must be verified through a third-party database. Upon delivery, a person over the age of 21 must sign for the package.”

This legislation is noteworthy because it is the first bipartisan proposal advocating an MLSA increase on the cusp of now-former FDA commissioner Scott Gottlieb’s so-called historical action against the vaping industry. Much of the legislation, based on initial assumptions from the press release (the only substantive document from Aderholt’s office explaining the bill, currently), is dedicated to Gottlieb’s legacy.

Ned Sharpless, the incoming acting FDA commissioner, will be responsible for implementing this bill’s proposed framework if the Trump administration signs it into law and the Republican-held Senate approves it. Just by pure common sense, this proposal will be fast-tracked through the Democrat-held House of Representatives as a part of the party’s 2020 health action platform. It also wouldn’t be a surprise if Democratic presidential contenders endorse the bill’s passage.

Despite the political and legislative processes at work here, many of the people in the pro-vaping space within the Beltway are preparing for a potentially brutal battle. Being a proposal that increases purchase age to 21, many tobacco control advocacy organizations and anti-vaping parents’ groups are likely to bring support in full force. On the industry side, it is expected to have the support of tobacco firm Altria and e-cigarette company Juul Labs. Both companies, among the dozens of tobacco and e-cigarette companies interlinked via ownership or strategic investment, are likely to support legislation like this to further appease federal health regulators.

Also, keep in mind that Aderholt has received thousands in political donations from Altria. According to campaign finance disclosures populated by the Center for Responsive Politics, the tobacco giant donated to Aderholt’s campaign a total of $27,500 in the 2018 election. The same records indicate contributions from Altria-tied political committees and lobbyists at over $60,000 from the past three election cycles. Vargas has not taken any funding from tobacco companies but has received thousands from public health groups who have anti-vaping positions. These organizations include the American Dental Association, American Medical Association, and the American Optometric Association (yes, eye doctors). In the 2018 election cycle, Aderholt and Vargas have taken in a combined $52,000 in donations from political action committees tied to large pharmaceutical companies ($43,000 for Aderholt and $9,000 for Vargas).

Since the Aderholt-Vargas bill covers all products classified as tobacco products (combustibles, oral tobaccos, vapes, liquid nicotine), vaping access will be limited across the country. As I’ve previously reported for Vaping Post, the vaping industry independent of the large tobacco companies are opposed to Tobacco 21 policies because such measures limit access to lower-risk nicotine alternatives, like vapes, for nicotine-addicted youth and 18 to 20-year-old consumers.

“We have no reason to believe that denying 18, 19, or 20-year-old adult smokers access to these life-changing alternatives will further reduce underage cigarette consumption,” says Tony Abboud, executive director of the Vapor Technology Association, in the previous reporting. “Today, fewer 18-year-olds are entering adulthood as cigarette smokers than ever before – and that is something we should all celebrate.”

There is also no guarantee that Tobacco 21 policies will prevent youth from accessing e-cigarette products. Lindsey Stroud, a tobacco harm reduction researcher and the current state government relations manager for the conservative Heartland Institute agrees.

“Age verification methods are smart, but I think this is an overreach and once again, indicates that there is not a lot of understanding when it comes to how youth obtain e-cigarettes,” Stroud wrote in an email, responding to questions regarding the e-commerce measures in Aderholt’s proposal. While much of the vaping industry can agree with the need for more robust age verification rules, the age lifting component of the bill seems to be an excessive line of policymaking.

Stroud explains: “FDA found 86 percent of 15 to 17-year-olds “obtained cigarettes by asking someone else,” and 89 percent relied on these sources for e-cigarettes. The so-called “social sources” include siblings, friends, parents, and even strangers. I don’t really think that this will impact youth e-cigarette use.”

According to Stroud, the Aderholt-Vargas Tobacco 21 bill is the newest addition to the more than 200 similar bills before state, tribal, and other local legislative bodies across the United States. I believe that as a minimum, the Aderholt bill should provide a devolution clause so that states can exercise the right of self-rule. In its current form, based on what has been released to the public, the bill is very invasive and preempts state power.

“I think the industry needs to remain vocal about all the liberties we’re giving away.”

It’s also worth noting that age-lifting measures can carry unintended public health consequences. E-cigarettes, vapes, oral alternatives like snus, and other lower-risk nicotine products have all been studied and proven to offer harm minimization benefits at population-levels.

However, due to the interstate nature of e-commerce sales, the federal government is empowered by a constitutional authority to regulate the trafficking of such goods across state lines. Aderholt’s bill seeks to codify that within the federal code for e-cigarettes and vapes.

What some shop owners say

I reached out to various online shop owners to understand their opinions on the bill. Many are unhappy that such a proposal was even conceptualized.

Wayne Walker, the owner, and operator of the popular DIY OR DIE website and Walker Vapor Group believes that Aderholt’s proposal could be harmful.

“In terms of online verification, this is something that is much needed,” Walker wrote in an email. “But, I’m against any age gate past 18. You can be charged as an adult, you can go to war, and you can vote, but you can’t quit smoking using sweetened steam? What has this country become? I think the industry needs to remain vocal about all the liberties we’re giving away.”

Another shop owner that I spoke to a few weeks ago said something similar. “My son went into the military at age 21. But, he has buddies that went in at 18. What are they supposed to do? Say: ‘Hey buddy will you buy me a bottle of e-juice because I’m going to get shipped out to Afghanistan?’ It doesn’t make sense to me.” says Kimberly Manor, the proprietor of a chain of brick-and-mortar vape shops in Northern Michigan, in the previous reporting.

This bill will be further monitored as it moves through the legislative process.