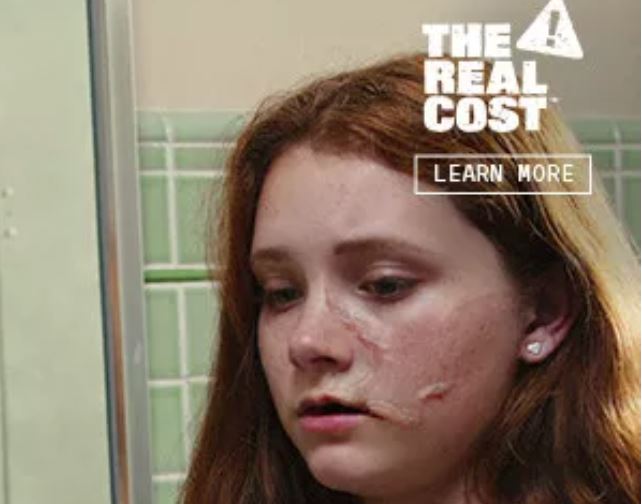 The Food and Drug Administration continues to pump resources into attacking tobacco harm reduction. The latest move is a new ad campaign featuring a series of controversial videos, backed up by alarmist posters about supposed risks of vaping.

One part of the campaign that’s particularly troubling is a series of images that show teens with what looks like exaggerated parasites under their skin, and captions such as “There’s an epidemic spreading”. The implication is that vaping is a disease, and while there’s no direct suggestion that e-cigarettes actually do cause disfiguring facial parasites, the suggestion is there.

Other elements of the so-called “real cost” campaign include a series of TV adverts featuring street magician Julius Dein. In one of the videos Dein says that vaping makes teenagers more likely to start smoking, claiming that “It’s not magic, it’s statistics.” In fact it’s a total failure to understand that correlation does not equal causation; teens who vape are more likely to smoke, but that’s because they were already predisposed to doing both. There is no evidence for a “gateway effect” from vaping to smoking, and no sensible suggestions about why there would be one.

Yet another US state is pushing for “sin” taxes on tobacco harm reduction, as three Kentucky state politicians propose to bring vapour products into line with cigarettes. Worryingly, the tax was proposed by three Republicans. Until a year or so ago Republicans were generally supportive of vaping, while Democrats pushed for tougher regulations. Now, GOP politicians seem to be increasingly hostile too.

If the bill is passed, Kentuckians will be hit with a 27.5% wholesale tax – the most destructive kind of tax, because vape shops have to pay it on all their stock before they make a sale. A similar tax in Pennsylvania forced hundreds of shops to close in its first year.

The bill is being sponsored by state representative Jerry Miller of Louisville, and Rep. Kim Moser says she’ll co-sponsor it. Meanwhile state senator Julie Raque Adams says she’ll push a companion bill through the Senate. According to Miller the bill will both deter people from using reduced-harm products and raise about $35 million a year in tax – a situation he calls “a classic win-win scenario”.

Doctors in Wisconsin are worried by a cluster of eight teenagers suffering from a mysterious, progressive lung disease – and they’re blaming vaping for the situation. They don’t actually have any evidence that vaping is to blame, but since when did that ever stop anyone?

Wisconsin Department of Health Services says the teens all showed similar symptoms, which included coughing, fatigue and shortness of breath. Some were also nauseous or suffered chest pains. Health officials have ruled out an infectious disease, because none of the victims are connected to each other.

Not knowing the cause, WisDHS have been looking for common factors, and they’ve come up with vaping. They haven’t ruled out all other common factors, but they’ve already rushed to put the blame on e-cigarettes. One “health expert” even claimed that vaping is “just as dangerous if not more dangerous” than smoking cigarettes. It doesn’t seem to have occurred to them that this outbreak of “vaping-related” lung disease is only happening in Wisconsin, despite teen vaping supposedly being a USA-wide epidemic.

Two far-left Democrat congresswomen, half of the notorious “Squad” of extreme socialists in the US House of Representatives, have used a House committee to attack vaping and e-cigarette manufacturers.

On Wednesday the House Subcommittee on Economic and Consumer Policy held a hearing into the role of JUUL Labs in the so-called “vaping epidemic”, which has mostly been created by media hysteria. Representatives Rashida Tlaib and Ayanna Pressley both blasted the company with a volley of harsh criticism, rejecting any attempt to find actual evidence. Both claimed that “we don’t need any more studies,” while Tlaib went on to accuse JUUL of killing people.

In total the two congresswomen ranted for two and a half hours, without contributing anything useful to the debate. Dr Lynn Kozlowski of Buffalo University School of Public Health said recently, “wanting no child to vape does not justify evasion or misinformation on differential harms of products that they should ‘not use,’ but are using.”