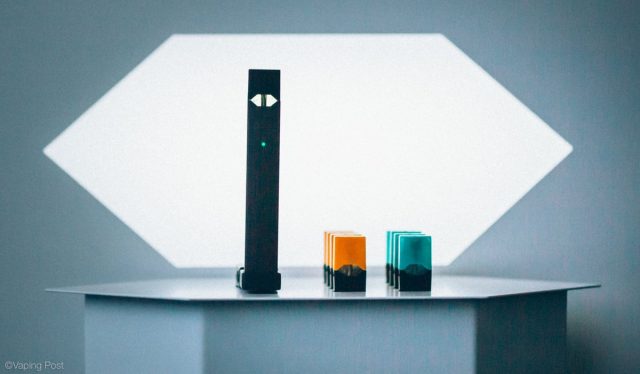 Juul Labs, the e-cigarette giant partly owned by Altria Group, announced that it was ditching its membership with the Vapor Technology Association (VTA). The VTA is one of the leading industry trade groups working to fight encroaching regulation from the Trump Administration and to offer one of the more sobering organizational perspectives on vaping as a regulated industry and consumer phenomenon.

For the sake of transparency, I consider myself colleagues with many on the VTA board and share many of their positions on regulation and tobacco harm reduction. The news of Juul’s split from the VTA came as the trade group and a coalition of other industry organizations filed a lawsuit against the Food and Drug Administration over apparently unworkable premarket approval application timelines (PMTA).

As a result of other litigation that mandated the expedited regulation of products in the vaping category, the FDA announced new guidance mandating that e-cigarette manufacturers submit premarket approval applications a lot sooner than previously issued guidance.

Juul, ironically, filed an amicus brief in federal court as it relates to that case. Of course, this is the American Academy of Pediatrics et al v. FDA case that handed public health and tobacco control advocacy groups a win mandating that the public health regulator advance the PMTA process.

In this amicus brief, Juul’s Joanna Engelke, the chief regulatory officer, wrote that the FDA’s issuance of final PMTA guidance as a result of the case “leaves important questions unanswered.” Essentially, the brief was in opposition to the findings of the federal magistrate, Paul Grimm, ordering FDA to regulate on an expedited schedule.

However, the recent dissent from Juul leaves me questioning why the company was even involved with the VTA in the first place.

The VTA, in a press release, notes that Juul’s representative to the organization’s board offered no opposition in advancing the new lawsuit against the FDA. An association spokesperson similarly noted the amicus brief Juul filed in opposition to the American Academy of Pediatrics summary judgments.

The latest case, Vapor Technology Association et al vs. Food & Drug Administration, et al, was filed in a federal court in Kentucky. Given the history of Kentucky being a pro-tobacco jurisdiction, the case filing makes sense. Keep in mind; e-cigarettes are only considered tobacco products under deeming rules issued by the FDA under the Tobacco Control Act of 2009. As I have previously noted in my reporting on litigation, these rules are antiques of an old regulatory era and treat semiconductors, microchips, and lithium-ion batteries as “tobacco.”

According to the company, Juul wishes to remain “fully committed” to the PMTA process.

“While we have appreciated the opportunity to collaborate with the VTA, we will not renew our membership when it expires later this month as we are not aligned on too many critical policy issues,” reads an August 20 press release. “For example, we support clean Tobacco 21 legislation and an outright ban on certain flavors.”

VTA does not support an outright ban and has assured me personally that they believe Tobacco 21 legislation to be injurious to tobacco harm reduction efforts among smokers aged 18 to 20 years.

“We are fully committed to the current PMTA process and are confident in the content and quality of the materials we will submit with our application by May 2020,” the Juul press release said.

“VTA is organized so that no single member, no matter how large, can dictate policy,” the association said in a statement responding to Juul’s withdrawal. “We put our decisions through a regimented process to make sure they are based on sound and strategic rationale. We avoid taking reactionary positions based on transitional moments or the news of the day and remain focused on securing the long-term future of a diverse and well-regulated vapor industry.”

I wish to add that Juul still supports common policy goals like tariff exemptions. Needless to say, this move by Juul is not surprising. Given that the company has been importunately at the brunt end of much of the “vaping epidemic” scrutiny from the public and government regulators in the United States, it is understandable to adjust positions to save face.

This still does not mean that Juul is working for the benefit of the entire industry. Juul maintains a market cartel on closed systems and pod-based products and has the backing of one of the largest tobacco conglomerates in the world. Ultimately, Juul is acting in the role of self-preservation as much of this segment of the industry is tied to Altria-backed firms and Juul intellectual property. As a company, Juul has every right to present itself however it wishes.

The VTA, in return, should breathe a sigh of relief. There are scores of groups like the VTA, including the Smoke Free Alternatives Trade Association (SFATA), Gregory Conley’s American Vaping Association, and countless local and state advocacy groups. Juul Labs is like Walmart. The company is everywhere. However, for the sake of the entire industry, the actions of one firm should not impact the health of independent manufacturers and retailers.