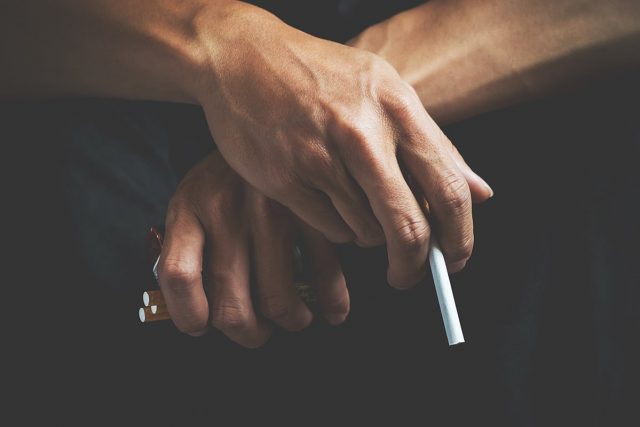 Here’s an unpopular opinion: The vaping industry made the wrong move supporting the Trump administration’s bid to implement a higher tobacco sales age.

That is my honest opinion. In light of what has happened, the attempts to regulate e-cigarettes more than they already are has caused the industry to succumb to the wills of big tobacco, big pharma, and tobacco control groups. To argue against this sentiment is an attempt to justify an atrocious policy compromise built on flaws and contriteness.

President Donald Trump signed a budget bill last week that carried with it a provision to increase the minimum legal sales age from 18 to 21 years. Seen as the only solution to avoid a national ban on flavored vapor products, the purchase age increase has been lauded as a solution that will accomplish much.

Normally, I would support a higher age restriction. It is sound and offers an opportunity to change the demographics of tobacco use in young adults and teenagers. However, the latest move to push Tobacco 21 policies speaks broadly to three key concerns.

The first concern is hysteria. Prominent Republicans and Democrats have collectively advocated for the prohibition of flavored vapor products on the grounds that eliminating the category removes the public health crisis caused by illicit and contaminated THC-containing vapor cartridges. Over the last few months, we’ve seen it time and time again. Governors, for instance, have unilaterally banned products on a temporary basis citing the fallout from the EVALI lung injury epidemic.

The Centers for Disease Control and Prevention (CDC) have since confirmed that the leading cause of this outbreak, as already reported by us, is illicit or contaminated vapor products. Legal and regulated vapor products have little to do with the many who are inflicted with the EVALI diagnosis or those who have sadly died from it. Tobacco 21, in this context, is an emotional response not based in fact.

A colleague of mine, Michelle Minton of the conservative-leaning Competitive Enterprise Institute, also holds this sentiment. I am certainly on the opposite end of the political spectrum, but the common theme our opinions share is a concern for a series of demonstrable cases of Tobacco 21 policies not doing what they are intended to do. Minton refers to the “Needham experience.” This refers to the events in Needham, Mass., where the town council became the first jurisdiction to increase the legal purchase age to 21 years. During this period, there is only a vast array of anecdotal cases of higher age restrictions working. Essentially, the conclusion that remains is a situation where Tobacco 21 policies neither have validation of being an effective policy or a novel public health strategy.

The second concern is the company kept by the organizations that suddenly endorse stricter age restrictions. Large tobacco companies, pharmaceutical giants, public health political action committees, and other agents of dark money in lobbying support the push to eliminate vapor product access for all adults.

Altria Group, R.J. Reynolds, Juul, and countless other multi-billion dollar enterprises support these policies, supposedly representing the entire interest of the industry. Independent retailers and manufacturers are left out in the rain, so to speak. An industry group representing retailers, the National Association of Tobacco Outlets, has long opposed age restrictions because of the impacts the measures would have on businesses.

Though I view this perspective differently from this trade group, I still can agree that consumers will just merely change their purchasing patterns. At that juncture, the trade group also maintains a position that all legal adults reserve the right to decide whether or not they can use products. These consumers have the ability to “join the military, marry or take out student loans for college, and make personal decisions about their healthcare.”

The third and most critical concern is the disproportionate punishment of youth invited by stricter access rules on tobacco products. It is perceived that smoking initiation will be curved drastically under the 18 to 20 year age consumer group. However, as is the case in many states, there are criminal penalties for minors caught in possession of nicotine and tobacco products. By implementing an age restriction on once-legal consumers, crime rates instantly increase overnight.

Texas is a perfect example of overcriminalization. There have been well-documented instances of teens, especially teens in communities of color, being charged with a felony for possessing an e-cigarette or other tobacco product. By consequence, these cases exceed the juvenile punishment thresholds in the state and directly place underaged nicotine users at a disadvantage.

Michigan, too, has implemented a possession penalty for minors in a recent round of laws. In Michigan and in dozens of states, underaged nicotine use is criminalized as a misdemeanor or felony carrying mandatory fines, civil penalties, and, at times, incarceration. That is a police state, by definition.

As I said at the beginning of this piece, age restrictions can work if equitably applied. The case here is something far from equitable. The vaping industry should know better. By denying legal consumers once of age to purchase nicotine and vapor products the right to do so, public health crises will further exacerbate.

Tobacco 21 can work if youth are protected from the dark sides of the law. An ideal scenario would be to decriminalize youth possession nationwide and direct each state who enforces new age restrictions to offer rehabilitative services and programs that place youth justice at the focal point. No criminal charges. No court dates. Social services should be in place to lead the way using a recovery model that contributes to the entire philosophy of harm reduction. What is outlined here is a similar perspective on legalizing marijuana use and building a reconciliation to countless at-risk groups for the damage done by the war on drugs.

Tobacco 21 will work if these equity measures are realized. Until then, this is another victory for big tobacco, big pharma, irrational scaremongerers in public health, and, now, big vape. This is a disservice to all legal nicotine users aged 18 years and above.

Disclaimer: Journalistic ethics mandate that I disclose a monetary grant I’ve received from the nonprofit Foundation for a Smoke Free World through the context of the 2019 Knowledge-Action-Change Tobacco Harm Reduction Scholarship programme. I completely oppose the funding source to the foundation, being Philip Morris International. Luckily, I should point out that while PMI supports Tobacco 21 policies, they do care to implement policies based on evidence and ensuring the vital tool of education and the respect for personal health rights. No way does this remark serve as an endorsement of Tobacco 21, PMI, or the company’s legacy as a tobacco producer. I merely state this as a fact.

The foundation had no role in the creation of this piece. The Foundation for a Smoke Free World is a legally separated nonprofit organization that has public health goals counter to PMI. PMI has absolutely no influence over the foundation, its staff, the board, or recipients of funding from the foundation.

A note from the author of this piece and the editor of Vaping Post:

We advocate regulation and equity. Tobacco 21 could work if done right and implemented with respect to the young people who will be disproportionately punished for something that was once legal for their age group. That is not the case, though. Harm reduction is a theory of public health that also calls on the reduction of harm done onto drug users by governments.

The Harm Reduction Coalition builds on the theory of humanity in drug use by following many core tenets.

Most importantly, we must accept, “for better and or worse, that licit and illicit drug use is part of our world” and we must choose “to work to minimize its harmful effects rather than simply ignore or condemn them.”

We do not “minimize or ignore the real and tragic harm and danger associated with licit and illicit drug use.”

Vaping Post stands in support of nicotine consumers and all “drug users and those with a history of drug use” of whom “routinely have a real voice in the creation of programs and policies designed to serve them.”

We respect each opinion and we will still advocate for this dynamic industry and consumer class. The elephant in the room that will remain is the splintering of the unified opinion of the industry. We hate to contribute to that, but vaping is more a cultural revolution than a new way for companies to make more money at the expense of adult users who are dependent on high nicotine levels in their e-liquid.

Being people who used vaping to quit smoking, we believe that a new push should be made to present e-cigarettes as an actual smoking cessation tool. Federal law in the United States currently prevents that from happening due to the lobbying of tobacco and pharmaceutical companies. But, that can change.

Just remember that the center of this industry and the consumers who created it is the belief in humanity and the individual right of autonomy in someone’s health decisions. We need to respect one of the most central beliefs in not only bioethics but in human rights. Nicotine users, in this case, are of all ages. It is unfortunate to see youth use tobacco products, especially cigarettes. However, we cannot allow for the hysterical perception that there is an over-exaggerated need for law and order. The protection of macro-level public health in a society is best accomplished through justice and equity. We enter 2020 in a few days. Can we make a change for the better? In the meantime, happy holidays from our families and the Vaping Post staff.