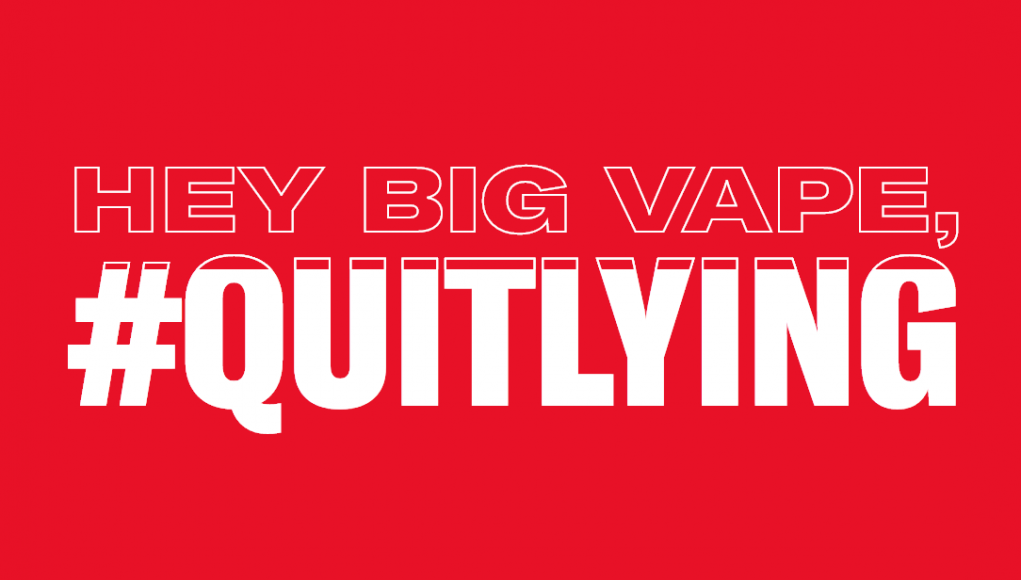 “Initially when vaping first came out, people thought it was a safer alternative to traditional tobacco, and we’re here now with new research, new information that is pointing to the fact that it is not a safer alternative,” said Ebony Bagley, the communications director for the AHA in Southeastern Michigan. Sadly this couldn’t be further from the truth. Studies keep indicating that indeed, vaping is in fact significantly safer than smoking.

The CDC has long confirmed that EVALI was actually caused by the consumption of illegal THC, not regular vaping products.
Again, Bagely is sadly spreading more misinformation here. The vast majority of the vaping industry is in fact well meaning and aiming their products at adults smokers wishing to quit, and not interested in hooking teens on nicotine as she is stating.

“Our forums, we have not only teachers or students that are also affected by vaping, but we also have physicians as well,” explained Bagley. One of these physicians, Dr. Lisa Allenspach, who is the director of the lung transplant program at Henry Ford Hospital, unfortunately went on to share more inaccurate facts.

“The e-cigarette industry has been very deceptive in terms of how it has been marketed, how it has not really been implicated as a danger really with the dangers that we are seeing,” she said clearly referring to EVALI. This despite the fact that it has now been confirmed that the condition was actually caused by the consumption of illegal THC, not regular vaping products.

EVALI is still being inaccurately linked to regular vapes

Allenspach is one of the doctors who cared for Daniel Ament, a teenager who needed a lung transplant to survive a “vaping-related” lung injury. “Seeing Daniel and what he went through really has highlighted for all of us the need to get involved, the need to spread the word, how important it is both in what he is doing and what we can do in the medical community helping everyone to stay away from all vaping products,” said Allenspach. “The American Medical Association has said they absolutely recommend no vaping be done in any fashion.”

Meanwhile other health entities such as Public Health England (PHE) have been successfully recommending vaping for smoking cessation and advocating for the consumption of only regulated products, in order to avoid lung injuries such as Daniel’s.

Yet Allenspach went on to make further unsubstantiated claims. “Nicotine we know is a very bad thing for the heart and that is one of the main dangers that we are seeing,” she said. Once again, with regards to this last comment about heart health, the Journal of the American Heart Association has just had to retract a study published in June 2019 linking vaping to heart attacks, which had sadly caused a lot of media sensation.

The study titled, “Electronic Cigarette Use and Myocardial Infarction Among Adults in the US Population Assessment of Tobacco and Health,” was published in the Journal of the American Heart Association in June 2019. The cross-sectional study used data from the baseline survey of the Population Assessment of Tobacco and Health (PATH) collected in 2013-2014, to look for a relationship between e-cig use and heart attacks.

The study authors found that people who vaped were more likely to report ever having had a heart attack in the past, and subsequently concluded that e-cig use doubled one’s chances of having a heart attack. However, several health experts had spoken up highlighting the flawed premise of such a claim.

Public health expert Dr. Michael Siegel for one pointed out “that the problem with drawing a causal conclusion from this cross-sectional study, is that there is no way to know which came first: the vaping or the heart attack.” As mentioned with regards to similar studies, Siegel pointed out that it is fairly common for former smokers to switch to vaping after experiencing heart attacks and other health scares.

This study has now been officially retracted!