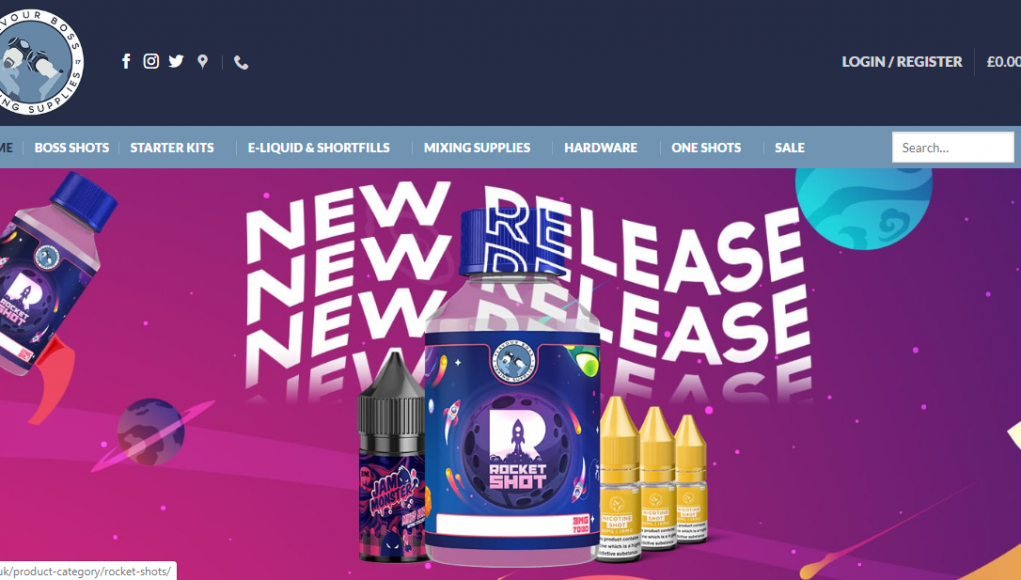 Flavour Boss, a small family-run manufacturer of e-liquid concentrates for electronic cigarettes under the product name ‘Boss Shot’, have been tied in a ridiculous battle with Hugo Boss for about 4 years. In 2017, the e-cig company received a cease and desist letter from multi-billion pound fashion giant Hugo Boss, which demanded that they change the name of their company and best selling product ‘Boss Shots’.

Finally, after almost four years and tens of thousands in solicitors fees, the case has been settled in Flavour Boss’ favour. Rob Hackin CEO announced, “It’s been a long and treacherous battle, but we are delighted to announce that we have received confirmation that EUIPO’s Second Board of Appeal has rejected both of Hugo Boss’ appeals in EU opposition proceedings”

In 2018, Hugo Boss had a net income of €236 million. Hackin pointed out that given that Flavour Boss was just a start up when they received the lawsuit, they could have easily been intimidated, but they knew they had to fight back. “We were only in our infancy back then, but we had put our heart and soul into building the company and knew we had to fight it. It was a case of bully boy tactics from a multi-billion pound company attacking small independent businesses.”

Apparently, Hugo Boss has a reputation for unscrupulously going after small businesses and charities using the name “Boss”. In fact, UK comedian Joe Lycett has brought attention to this by changing his name to Hugo boss by deed poll last March. This stunt received wide-spread media attention for Joe Lycett, but also shined a spot light on the hundreds of small businesses fighting Hugo Boss, including small brewing company ‘Boss Brewing’, who have even been forced to change the name of their beers.