According to a public notice from the Michigan Department of Health and Human Services (MDHHS; HHS), the administration intends to issue new executive rulemaking based on a proposed measure to ban flavored vaping products statewide that received much backlash when presented late last year.

Last year, I wrote a series of columns about the Michigan flavor ban and its impacts on vape shops and the consumers of such products.

Michigan was the first state in the U.S. to issue a ban on flavored nicotine vaping products by the avenue of executive orders.

A judge for the Michigan Court of Claims, however, issued an injunction against the Whitmer administration to halt the order after vape shop owners successfully argued that the governor overstepped her authority by imposing a blanket ban on flavored vaping products without lawmaker approval. The Michigan Court of Appeals agreed.

This time around, though, the flavor ban is being considered in a similar format. Michigan HHS announced a public hearing on October 20, this past Tuesday. At the time of my reporting, the result of the hearing and the request for rulemaking is still pending.

Details as of right now

The department notes that “the rules will limit access to products that are more appealing to youth through specific advertisement restrictions of vapor products” and that the department anticipates acting on these rules “to restrict the sale and advertisement of other nicotine products.”

I first noticed the news in the Detroit Metro Times (hat tip to them) where they reported on the topic and in the social media groups for the local Michigan vaping activists.

After reading up on some of the contexts behind the new round on rulemaking, I dug into the documents that the department made available online for stakeholders.

To save you all a bunch of regulatory jargon, it’s practically the same proposal that was made in October of 2019. The policy intends to restrict all sales and most forms of possession. The policy also intends to strickly regulate the transit of such products.

In a policy framework, the proposed plan also extends from the sentiments that came about amid an unrelated noncommunicable outbreak of a severe lung injury that was tainted by toxic preservatives used in marijuana vaping products.

Due to illnesses tied to the behavior of vaping, many people have conflated the two issues as one.

Having legalized recreational marijuana some short years ago, it isn’t a surprise either that vaping and the lung injury outbreak fell into a perfect storm that politicians and regulators were able to capitalize on for the so-called benefit of the public’s health. 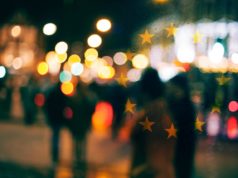 Europe Diane Caruana - December 7, 2022 0
If the proposal becomes reality, a can of general loose snus would cost over SEK 120, increasing by approximately SEK 62.Until now, the tobacco...