A judge for the Durham County Superior Court, in the U.S. state of North Carolina, denied an attempt by Juul Labs to dismiss a pending lawsuit filed against the company by state Attorney General Josh Stein for illegal business and marketing practices.

Senior Judge Orlando Hudson ruled in favor of Stein’s lawsuit after they denied the dismissal of the lawsuit presented by legal counsel representing Juul Labs.

“Juul targeted young people and misled them about their products,” Stein said in a press release from October 30, 2020. “My goal in bringing this case is to protect them. I am pleased that the Court has allowed this important case to move forward. We cannot allow another generation of North Carolinians to become addicted to nicotine because of these reckless and illegal business practices.”

The Attorney General’s Office intends to take Juul to trial to prove that the company designed, marketed, and sold e-cigarettes to attract young people and for the supposed misrepresentation of the nicotine levels and the potency in the products.
This includes violations of the state’s Unfair and Deceptive Trade Practices Act. Trials are currently scheduled for select dates in May 2021.
Stein originally filed a lawsuit against Juul Labs amid the rash of deaths and tied to the EVALI lung injury and the onslaught of the so-called youth vaping epidemic. This was in 2019.
A briefing from the attorney general notes that it is illegal to distribute e-cigarettes to minors in North Carolina. Vaping, nationwide, has declined among minors.
Juul filed two motions to request the end of the litigation and to limit potential damages assessed for the inevitable ruling. Judge Hudson rejected both of the motions on the grounds of public health and the welfare of the state’s children.

“We will continue to reset the vapor category in the U.S. and seek to earn the trust of society by working cooperatively with attorneys general, legislators, regulators, public health officials and other stakeholders to combat underage use and transition adult smokers from combustible cigarettes,” Juul said in a statement to reporters of the Winston-Salem Journal.

Juul, at the time of the lawsuit, controlled nearly 75 percent of the U.S. e-vapor market. Recent valuations of the company, based on our previous reporting, has placed Juul Labs at $10 billion. This is nearly half of its $20 billion valuations Juul had in January of 2020.
Juul Labs declined to comment. 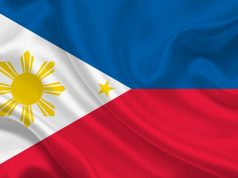