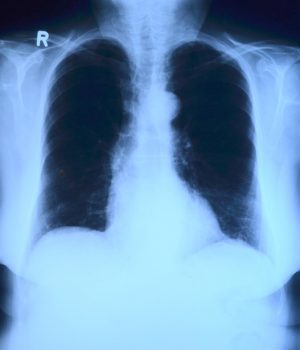 The Danish study titled, “An RCT of acute health effects in COPD-patients after passive vape exposure from e-cigarettes,” looked into the effects of short-term passive vape exposure among individuals with mild to moderate COPD. The 16 non-smoking COPD-patients (mean age 68) were randomly exposed to vapour for 2 sessions, each of which lasted 4 hours.

The researchers reported that the passive exposure exerts acute small inflammatory responses in the lungs and blood, as well as throat irritation. “SP-A in exhaled air and some plasma proteins were affected by passive vape in patients with COPD indicating inflammation, showing that passive vape exposure is potentially harmful.”

The research team also reported “significant and constant improvements in lung function [and] CAT scores” (a health questionnaire used for COPD patients) in the vaping vs the control group.
Meanwhile, other studies have indicated that smoking COPD patients benefited greatly by switching from smoking to vaping. Following up on findings published two years ago, a recent study led by award winning and renowned expert in tobacco harm reduction Prof. Riccardo Polosa, confirmed that smokers with chronic obstructive pulmonary disease (COPD) who switched to vaping, reported improved respiratory symptoms, in comparison to those who continued to smoke.

Titled “Health effects in COPD smokers who switch to electronic cigarettes: a retrospective-prospective 3-year follow-up”, the earlier study followed 44 patients for a period of three years. The participants were split in two groups, those who switched from smoking to vaping and the ones who kept on smoking. The compiled data indicated that the COPD patients who switched reported improved respiratory symptoms, while those who continued to smoke, experienced no change.

A reduction of about 50% in flare ups

Following up on these same COPD patients two years later, the current study, “COPD smokers who switched to e-cigarettes: health outcomes at 5-year follow up,” found that the vaping group continued to experience health improvements. They reported a reduction of about 50% in flare ups, a significantly improved cardio-respiratory health, and increased exercise ability and quality of life.

The recent study managed to compile complete data from 39 participants—19 in the COPD smokers control group and 20 in the COPD e-cigarette user group. The research team also reported “significant and constant improvements in lung function [and] CAT scores” (a health questionnaire used for COPD patients) in the vaping vs the control group. “E-cigarettes can be a massive remedy for COPD and this is important for physicians, patients and their caregivers,” concluded the study.