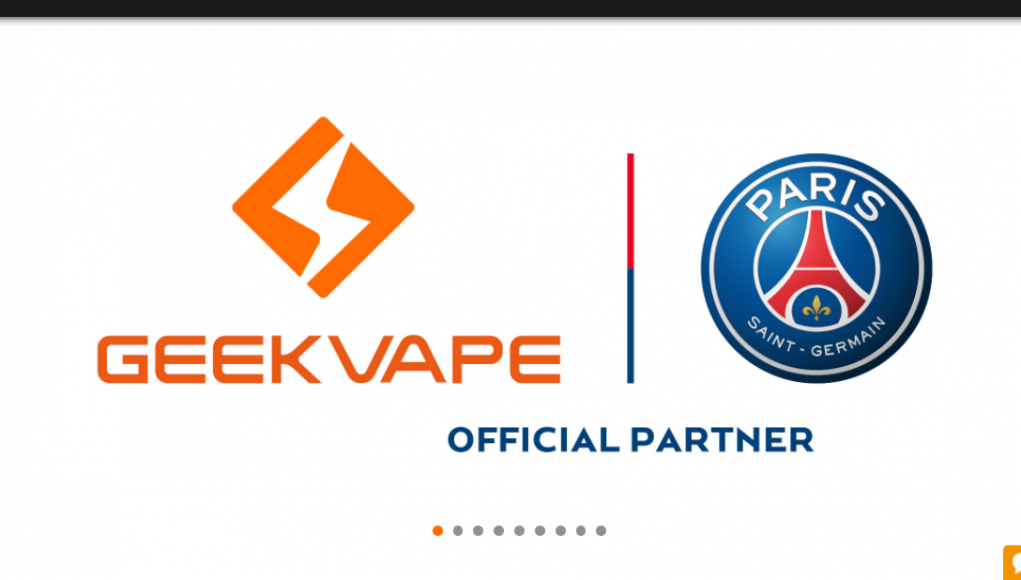 The Chinese manufacturer hopes that with the worldwide presence that will come as a result of this collaboration, new possibilities will open up. The brand is aptly called GeekVape in a bid to appeal to people who are curious and believe in the power of change, which the vape business says, are two major traits of geeks. In line with these principles, Geekvape is seeking opportunities in sports.

The e-cig manufacturer believes that since PSG is a relatively young football club with a lot of potential, via the partnership the brand will continue to strengthen its position “as a game changer in the world of football backed by its proven track record of fearlessly exploring its potential for growth.” Geek Vape believes that being a combination of sports and competition, football is a sport that encourages a healthy competitive spirit and actions that push the envelope, all qualities that are aligned with the values and beliefs of Geekvape.

In a press release about the partnership, Geekvape said that it is committed to being socially responsible and is therefore committed to the research and development of sustainable materials and public programs. The manufacturer also plans to launch a series of Geek Aid programs for the public welfare in partnership with PSG, the aim of which is “expanding the traits of geeks to include love and responsibility while also enhancing their emotional and spiritual maturity.”