Earlier this year, FCTC organizers had announced that there would be no discussions or decisions around Tobacco Harm Reduction (THR) products at COP9. They highlighted that any related documents should still be submitted for information to COP9. However, any substantive discussions related to ‘smokeless tobacco and heated tobacco products’ and ‘novel and emerging tobacco products’, would be postponed until 2023’s COP10.

Naturally many public health and tobacco control experts were outraged by the fact that not are such discussions postponed, but also by the fact that THR representatives were totally excluded from the event. Moreover, Executive Coordinator the Coalition of Asia Pacific Tobacco Harm Reduction Advocates (CAPHRA) Nancy Loucas, said she believes that that discussions and decisions on safer nicotine alternatives will still be taking place at COP9. “It’s now clear, however, that was a complete pretence aimed at minimizing a growing backlash against the WHO’s anti-vaping agenda.”

COP10 will be held in Panama

Meanwhile last Friday, the public was allowed a rare glimpse into the secret meeting that they were not allowed to participate in. Of course everything was set by then, such as the fact that the next COP meeting taking place in 2023, will be held in Panama.

Dr. Adriana Blanco Marquizo was re-elected as Head of the FCTC Secretariat and gave a speech which acknowledged that COP9 had experienced many technical issues. Ironically she boasted that COP9 had allowed journalists “from around the world” to sit in on their meetings, which as CopWatch rightly pointed out “is something that should really go without saying. For the FCTC, it seems transparency is a privilege to be granted rather than a right.”

CopWatch added that interestingly Marquizo affirmed that it is the parties who make the decisions. The EU spokesperson at the event announced that that the Italian Ministry of Health is donating 130k euros to fund work into the Expert Group on Articles 9 &10 and also for the knowledge hubs.

The article commended sCOPe for streaming brilliant content and giving vapers a seat at the table. The five-day livestream was simulcast via YouTube and Facebook. Presenters and panellists challenged and scrutinized COP9 “including who’s influencing and funding its efforts to demonise vaping, and why.”

The WHO Can’t Afford to Get Wrong Again – Yet It Is! 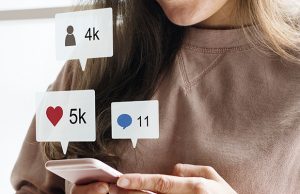