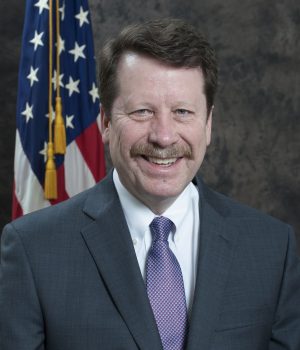 The administration of US President Joe Biden has finally nominated someone to lead the Food and Drug Administration.

WASHINGTON — Democratic President Joe Biden announced recently that his administration has agreed on a nominee to be the permanent chief of the federal Food and Drug Administration.

Biden’s office made the news official on November 12 that former Food and Drug Administration (FDA) Commissioner Robert Califf was picked as the Biden pick to lead the drug and food regulator.

Califf is a cardiologist by education and trade. He has also been a clinical trial specialist and a public health bureaucrat.

To note, Califf presided over the FDA for a brief stint during the administration of President Barack Obama.

During the tenure of the Obama administration, Biden was vice president and was involved with domestic policy, including implementing the FDA’s power to regulate tobacco products as outlined under the Obama-endorsed Tobacco Control Act of 2009.

“Dr. Robert Califf is one of the most experienced clinical trialists in the country and has the experience and expertise to lead the Food and Drug Administration during a critical time in our nation’s fight to put an end to the coronavirus pandemic,” said Biden.

“As the FDA considers many consequential decisions around vaccine approvals and more, it is mission-critical that we have a steady, independent hand to guide the FDA. I am confident Dr. Califf will ensure that the FDA continues its science and data-driven decision-making. Dr. Califf had strong bipartisan support in the Senate in 2016, and I urge the Senate to swiftly confirm Dr. Califf so he can continue the important work being done at this critical moment,” Biden added in his remarks regarding Califf.

Biden also thanked Janet Woodcock, the current and outgoing acting commissioner of the FDA, for her service.

“She has done an incredible job leading the agency during what has been a busy and challenging time, and both she and the FDA career staff have worked hard and followed the science to ensure the American public can trust the decisions being made by the FDA,” the president added. (Read the official statement here.)

Woodcock is expected to stay on as career staff. There is no indication of whether or not the Biden administration will shake up other appointees in the FDA like Mitch Zeller, a regulatory lawyer. He leads the agency’s Center for Tobacco Products.

The United States Senate must confirm Califf to resume his work as head of the FDA. Califf is likely to win the nomination in the Senate because of the Democratic Party and their narrow coalition majority in the upper house of the federal legislature.

For reference, the political landscape in the United States is dominated by two major parties: the Republicans and the Democrats. In the United States Senate, the current majority is led by Senate Majority Leader Charles Schumer of New York.

This majority is very slim, and two independent members of the Senate caucus and usually vote along the Democratic line.