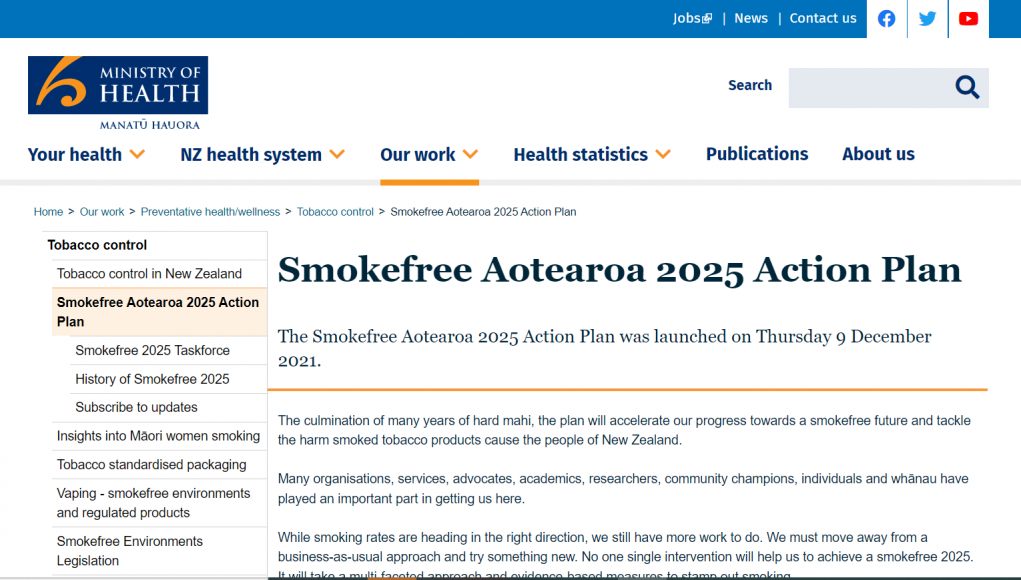 Last month, a number of health entities in New Zealand voiced their disappointment at the fact that there was still no action plan in place to achieve the ambitious national goal of Smokefree 2025. “Back in 2011 when Smokefree 2025 was launched, it was viewed as doable albeit requiring serious and deliberate government programmes and intervention. However, nine years on we’re still sadly miles off,” said Aotearoa Vapers Community Advocacy (AVCA) co-director Nancy Loucas.

Similarly, chief executive for Northland DHB and public health lead for the 20 local DHBs Nick Chamberlain, had reiterated that the Māori population seriously lags behind in decreasing smoking rates. “We won’t get to a smokefree New Zealand unless we have a smokefree Nick Chamberlain, and that won’t occur till 2060 at the current rates,” he said.

Finally, earlier this month the Smokefree plan was launched. New Zealand’s Associate Health Minister Dr. Ayesha Verrall, was commended for engaging with a number of health entities to gather opinions about the right action plan. These included organisations, services, advocates, academics, researchers and individuals who have left a mark on their communities.

The co-director added that the fact that these groups were consulted is a positive sign, as they are aware of the role that safer nicotine alternatives can play in reducing smoking rates. “These groups are very supportive of vaping’s key role in smoking cessation. It’s very encouraging then that Dr. Verrall is prepared to listen to their on the ground experiences before she finalizes her smokefree action plan.”

The Smokefree action plan released on Ministry of Health’s website

In a release on its website, the Ministry of Health said they are focusing on the following six game-changing areas:

The plan of course aims to decrease smoking rates and tobacco-related diseases via the following outcomes: