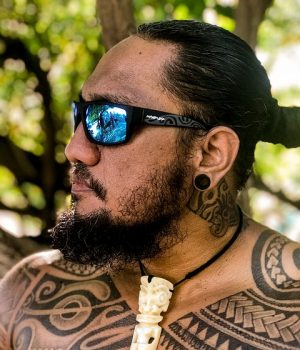 “Back in 2011 when Smokefree 2025 was launched, it was viewed as doable albeit requiring serious and deliberate government programmes and intervention. However, nine years on we’re still sadly miles off,” said AVCA co-director Nancy Loucas earlier this year.

She had referred to data indicating that unless drastic measures are taken, non-Māori Kiwis won’t be smokefree until 2038, and Māori until 2061. Sadly, added Loucas, the recently implemented Smokefree Environments and Regulated Products (Vaping) Amendment Bill, will be another stumbling block. “A huge opportunity has been missed to make risk-reduced vaping products more accessible to smokers in order to reach the SmokeFree 2025 goal set by the government,” she said.

The Smokefree Environments and Regulated Products (Vaping) Amendment Bill has set in place a tobacco age limit of 18 and restricted the sales of flavoured vaping products to specialist vape retailers. It has also banned nicotine pouches, set restrictions on advertising and set in place standards to ensure product safety.

The Parliamentary Library recently published a research brief titled ‘Progress towards a Smokefree Aotearoa 2025’. The research notes the Ministry of Health initially formed two interim targets for 2018 which were to have the overall daily smoking prevalence down to 10%, and Maori and Pacific rates halved from their 2011 levels.

Loucas, said that this data should serve as another reminder to new Associate Health Minister, Dr Ayesha Verrall, that despite a range of initiatives funded and legislated for by successive governments, many New Zealanders remain at considerable risk when it comes to tobacco harm.

“Alarmingly, there has been little change in smoking prevalence among Pacific adults. Maori smoking rates have fallen but with nearly one in three still smoking, Maori have the highest rate among all ethnicities. What’s more, adults living in the most socio-economically deprived areas are 3.6 times more likely to be current smokers. Sadly, this research confirms there is still so much more work to do,” she said.

She added that despite the media demonisation of vaping in recent years, the Parliamentary Library’s brief shows that the Ministry of Health views vaping as a contributor to the country’s 2025 smokefree goal, and noted that this year’s legislation to regulate vaping, supports smokers in switching to these less harmful products.

“The research brief does well to reinforce that vaping is increasingly common among Kiwi smokers and those who have quit smoking. What’s more, it makes it abundantly clear that any concerns that young people who would never have considered smoking may be taking up vaping appear to be unfounded.”

Maori and Pacific people are decades away from smokefree

Loucas explained that while it’s clear that vaping has helped so many Kiwis quit tobacco, Maori and Pacific people sadly remain decades off becoming smokefree unless significant interventions and actions are taken soon.

“AVCA looks forward to the Government’s draft Smokefree 2025 Action Plan, due to be released for public consultation in 2021. We are hoping it will recommend that vaping, as an effective smoking cessation tool, is made more accessible to those communities most at risk from tobacco,” concluded Loucas.