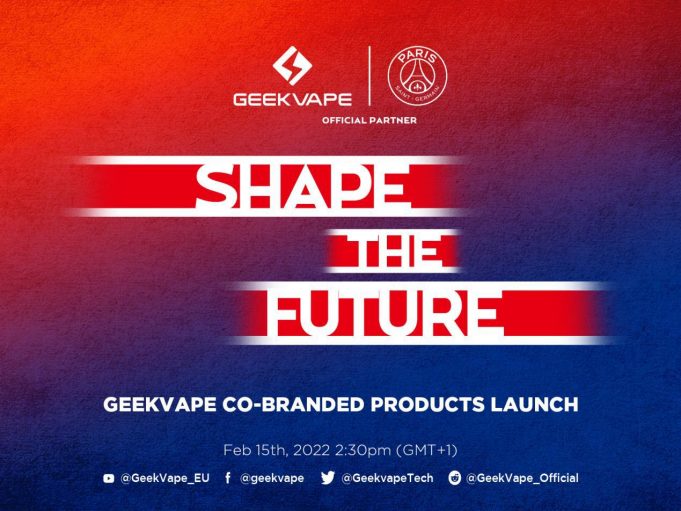 According to the official preheating poster, the press conference’s theme is “SHAPE THE FUTURE.” The press conference will be streamed live on multiple social media platforms, and the highly anticipated Paris Saint-Germain x GEEKVAPE co-branded new products will also be revealed.

We also got an invitation letter with the agenda of the event. According to the information from the invitation, the event will be held at the site of the Champions League match between Paris Saint-Germain and Real Madrid, and at the same time, GEEKVAPE will also release their new brand strategy. 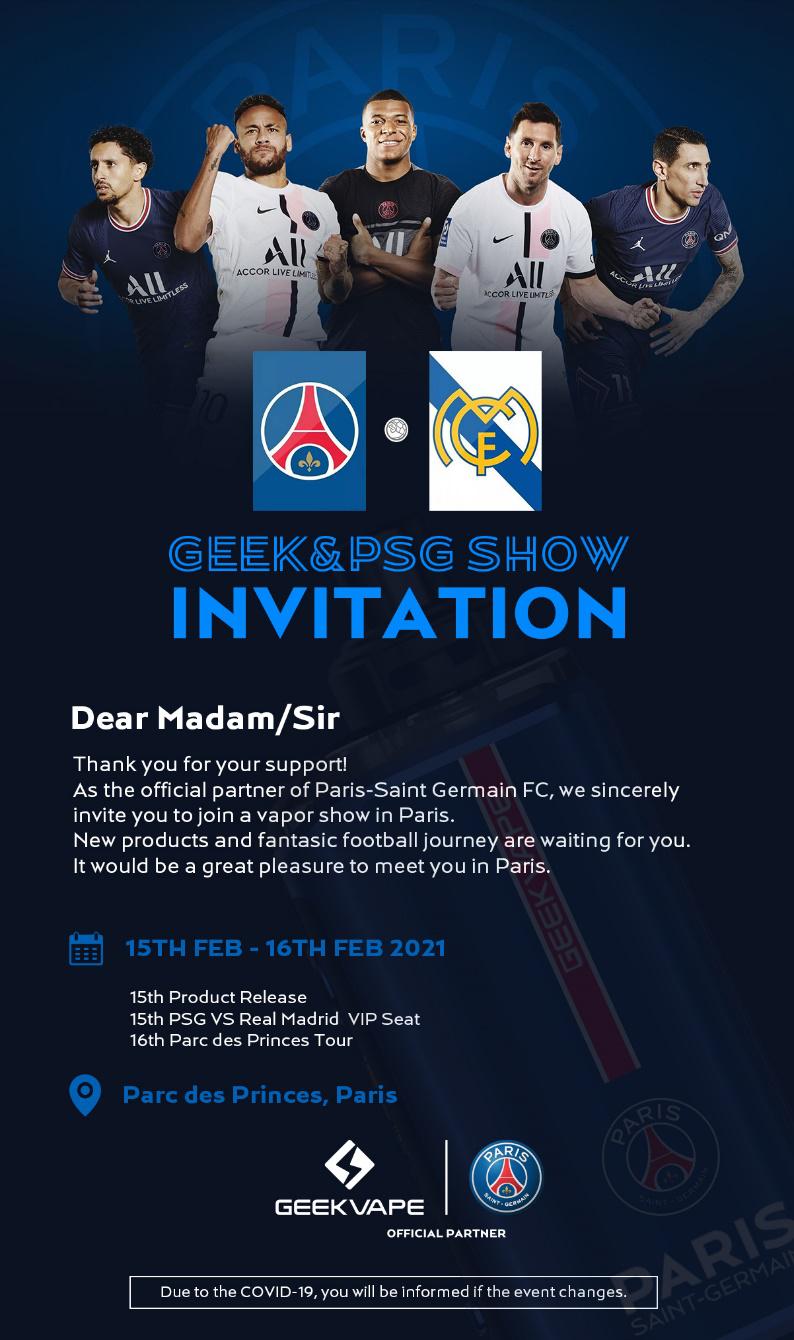 A 2015 startup known as GEEKVAPE is reportedly the world’s leading provider of e-cigarette solutions, specializing in R&D, production. It is the one of biggest vapor company in the world.

GEEKVAPE is the world’s leading vape brand, and Paris Saint-Germain is the undisputed ruler of Europe. In the wake of the parties’ collaborative efforts in official publicity, the vaping and fan markets were rocked to their core. GEEKVAPE not only shines brightly around the world, but it also pioneers the industry’s high-end brand route by being the first e-cigarette brand to collaborate with football giants. Health sports, television advertising, peripheral products, and a variety of other areas have been identified as areas where the two sides will collaborate closely, and the most popular co-branded product is finally on its way! 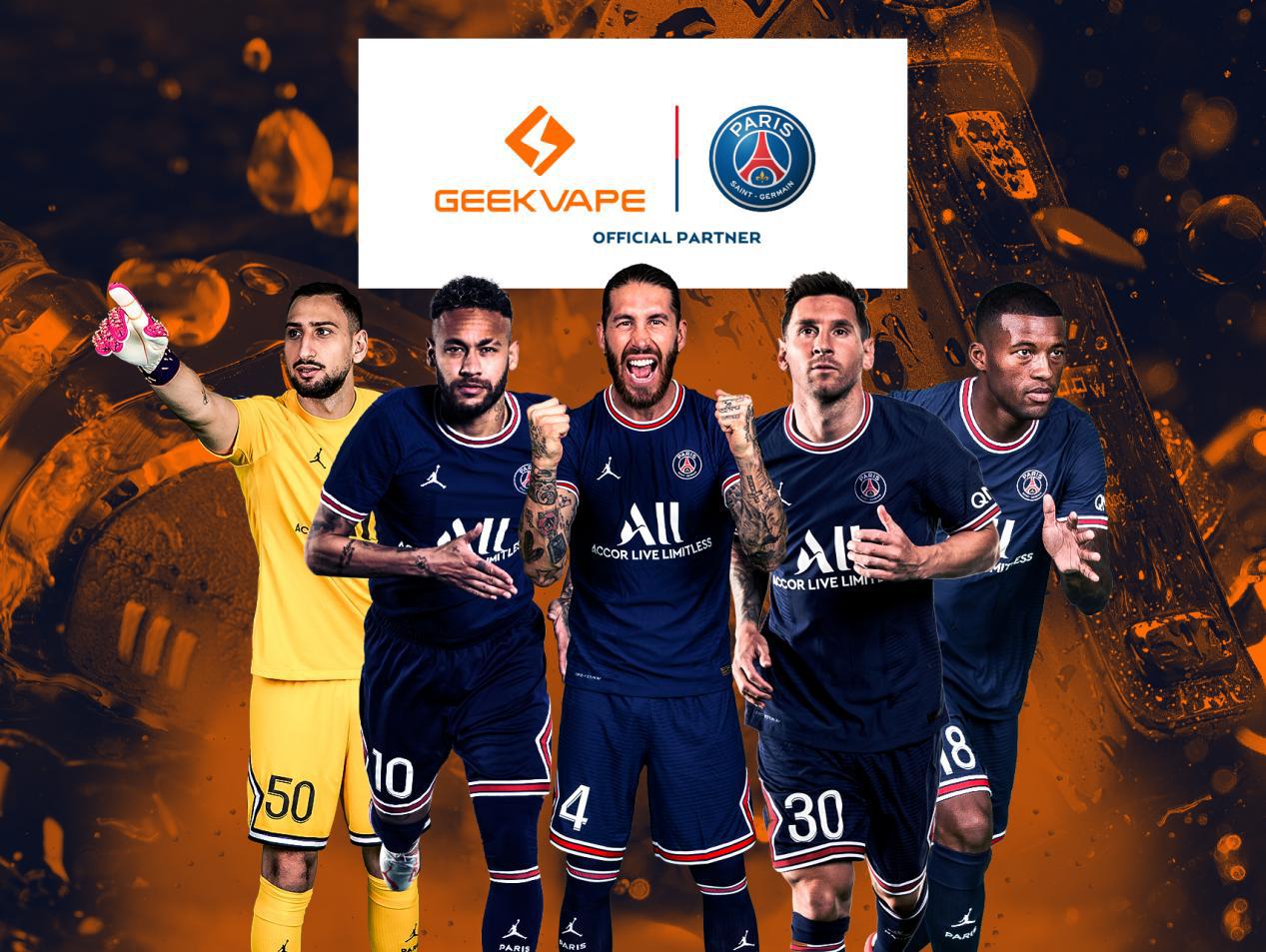 The pursuit of excellence and elegance by GEEKVAPE and Paris Saint-Germain will most likely be fully realized in the co-branded product, as evidenced by the images released by the official. The fact that they share an identity is demonstrated by numerous details, as is obvious. Colors will almost certainly be dominated by the iconic color of “Greater Paris,” Navy Blue, or by the emblem of the Greater Paris Club, which will almost certainly be featured prominently.

What does the new product look like, though? You might as well anticipate its appearance at the co-branded products launch in Paris on February 15th.

The launch of co-branded products can be viewed online on February 15th at the following link: https://www.youtube.com/watch?v=kanFRuUlNxU