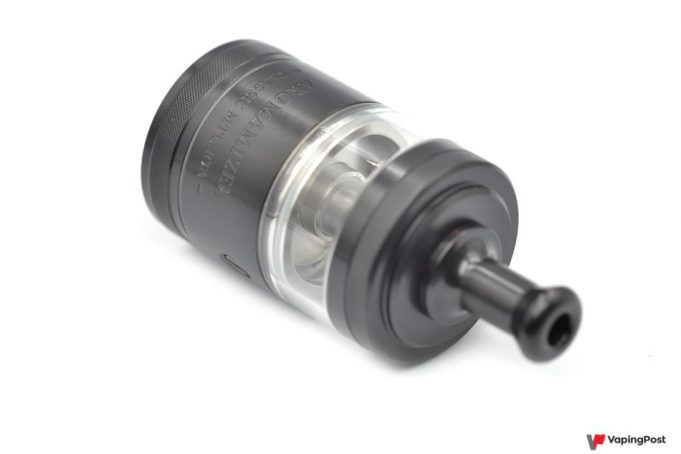 We’re more used to large volume atomizers for fans of powerful vaping from Steam Crave, but here they are back with a mouth to lung version of the famous Aromamizer.

The Aromamizer Classic MTL RTA has all the brand’s standards: flawlessly made, lots of spares and the same deck principle as its big brother. A well-thought-out system of interchangeable air flow pins to adjust the airflow without having to alter the assembly makes it really easy to switch from pure MTL to very restricted DL. 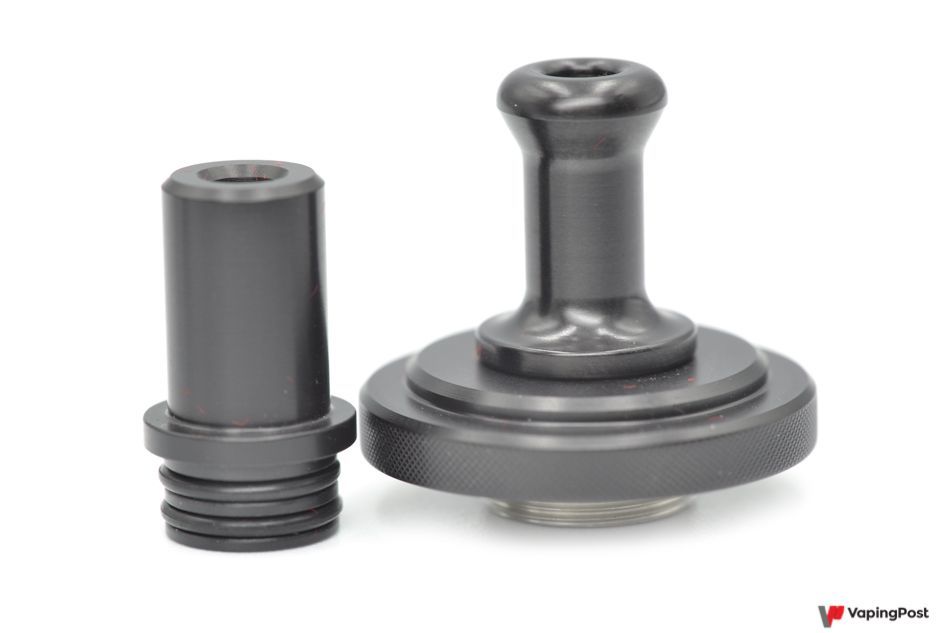 Topped with a relatively long stainless steel 510 drip tip with a rather unusual shape (a second Delrin drip is available in the spare parts), the top cap has unobtrusive knurling giving great grip. It’s connected to the top of the atomizer by a screw thread that’s maybe a bit long but is very good quality. There are two silicon O-rings for sealing. 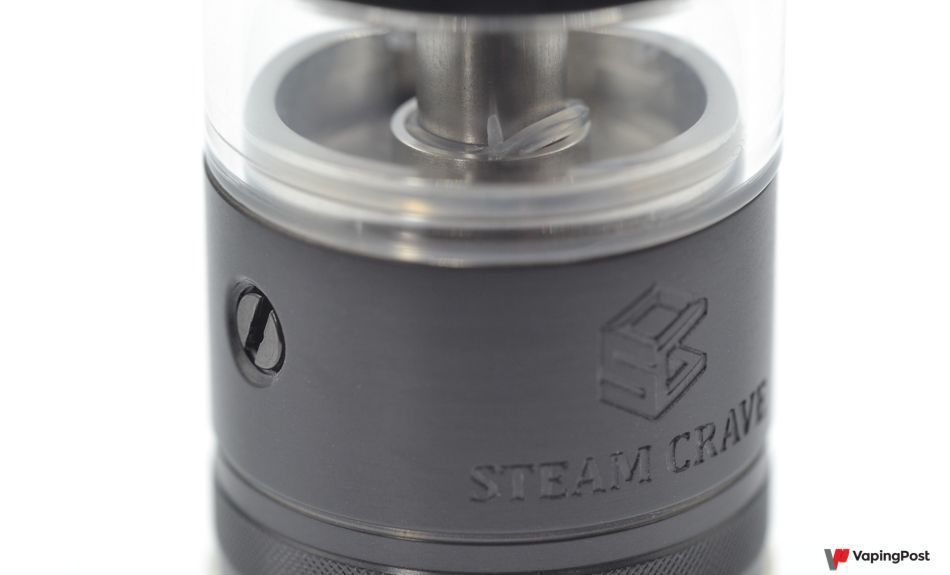 The body of the atomizer made of 304 stainless steel is relatively understated. It is engraved with just the brand’s logo and its name on the other side. Airflow is adjusted using two interchangeable air flow pins that are fitted using a flat screwdriver. More knurling at the bottom allows the lower part to be unscrewed to access the deck. 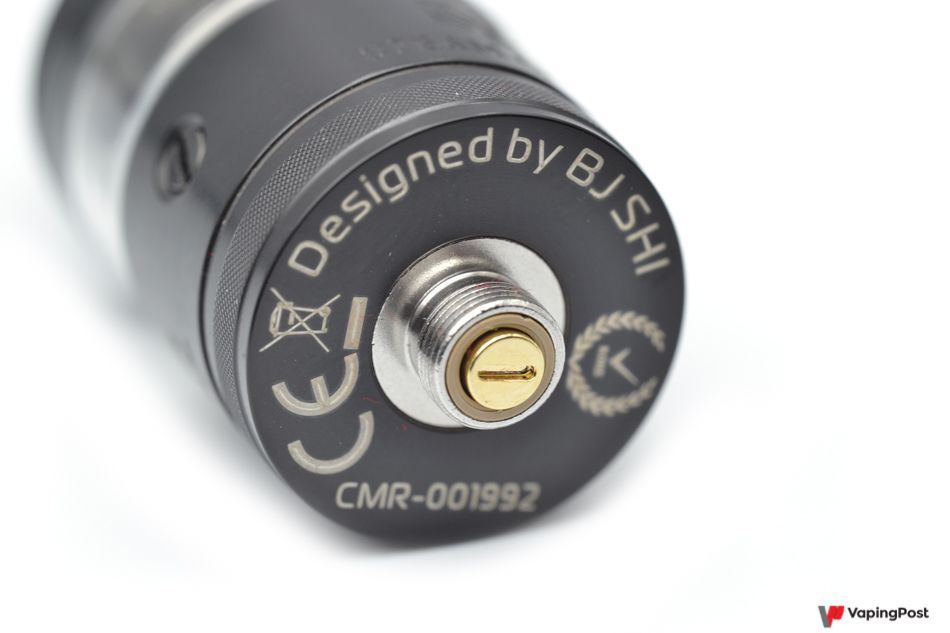 Under the atomizer are the standard engravings of the serial number, the name of the designer and the CE mark. The 510 connector is long enough for use on a hybrid mech mod. 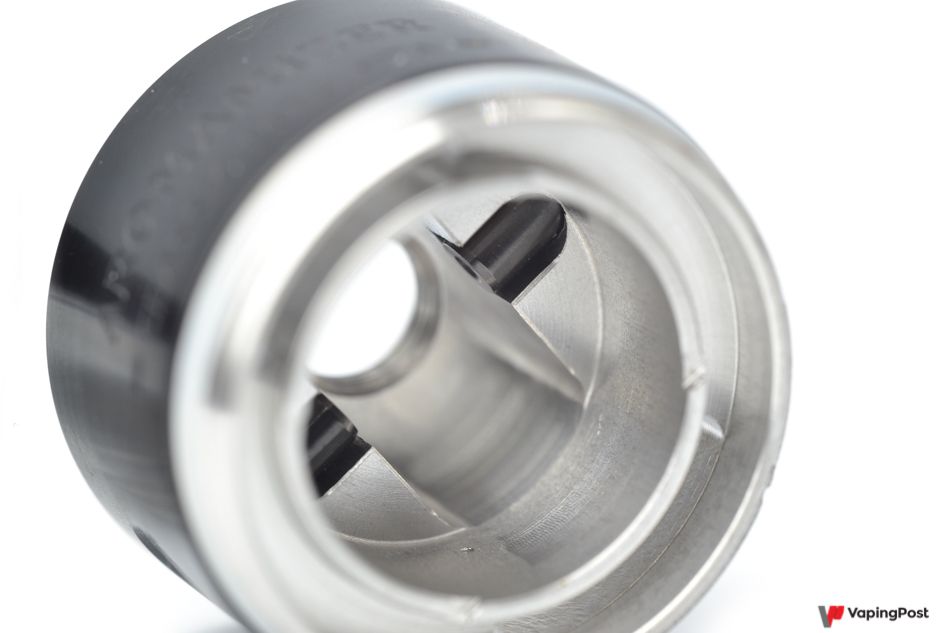 The size of the atomisation chamber is ultra-reduced, measuring 7mm by 14mm. On each side of the chamber, the inserts channel the airflow directly onto the sides of the coil. Two holes opposite each other at the bottom allow the deck to be perfectly positioned. 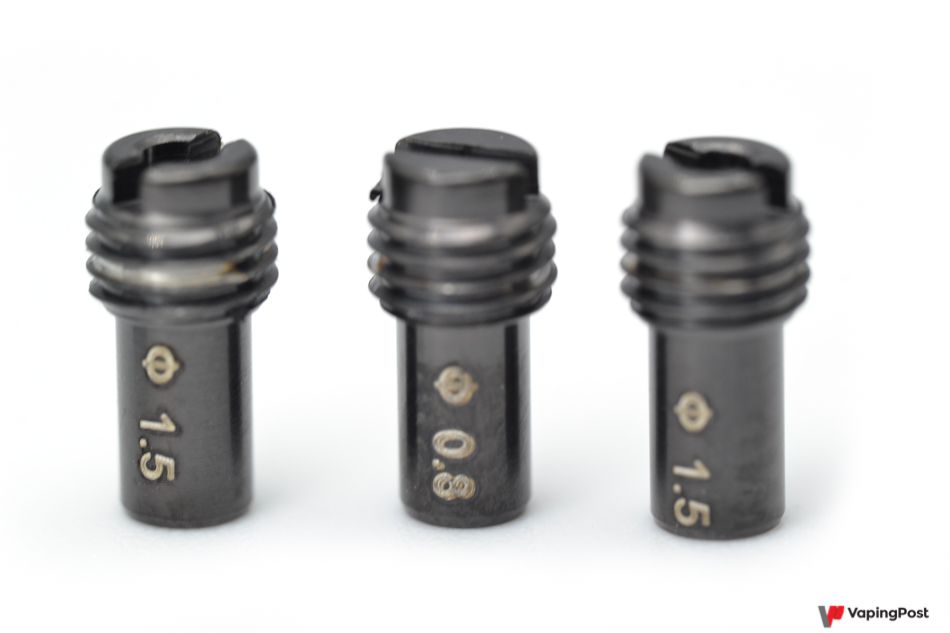 Say goodbye to adjusting the airflow by turning a ring. Steam Crave has opted for a system of interchangeable inserts. There are nine of them: 2×0.8mm, 2x1mm, 2×1.5mm, and 2x2mm and one solid pin that blocks one of the two air inlets if you want an even more restrictive vape. 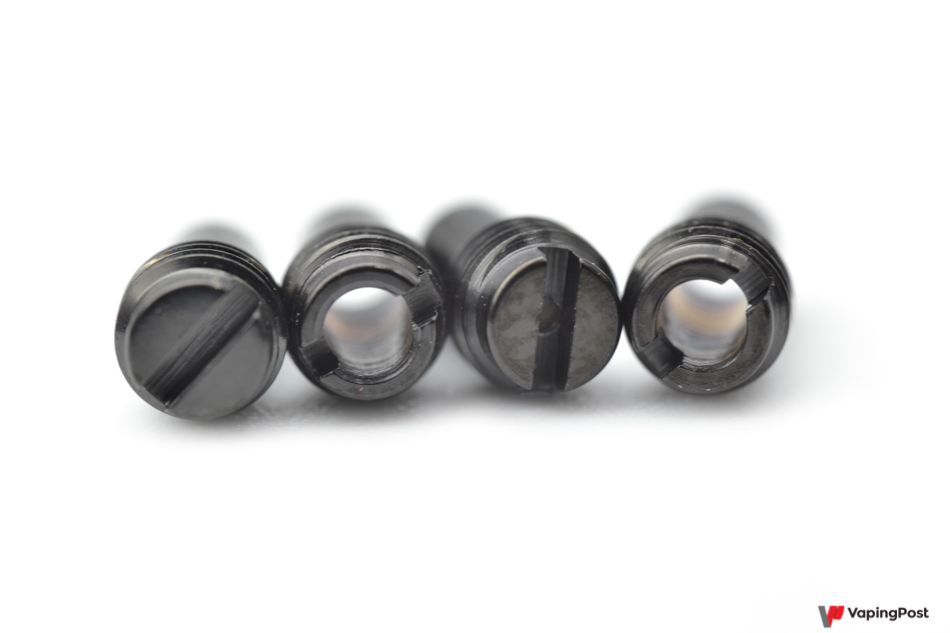 They are fitted and removed using a flat screwdriver. It’s worth mentioning that the screwdriver supplied in the box is a bit small and might damage the pins. The thread inside the chamber doesn’t allow the pins to be screwed in too far and touch the coil. They can be changed without having to alter the assembly of course. 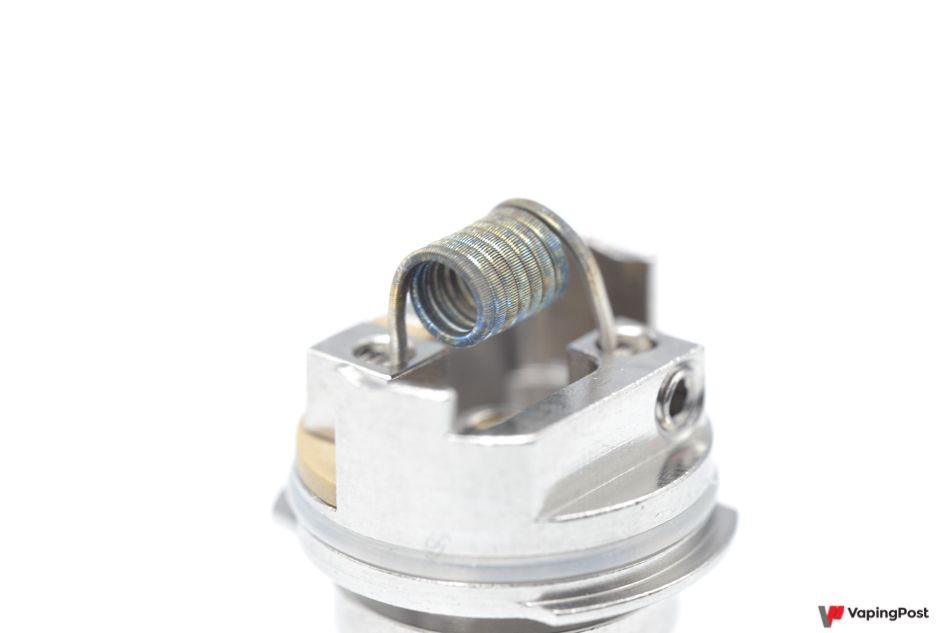 The deck is postless. It comes with a 1.3mm BTR screw that can be replaced by the slotted head screws supplied in the bag of spare parts. The positioning of the posts mean that the coils used need to be wound anti-clockwise. Mounting is easy. As recommended by Steam Crave, cutting the legs to 4.5mm seems like a good compromise. The coil positions itself thanks to the raised sides of the deck with cut outs to rest the resistance coil guide on.

Installing the cotton poses no particular problem. You get the right length by letting the cotton hang down the sides of the deck and cutting level with the silicon seal. 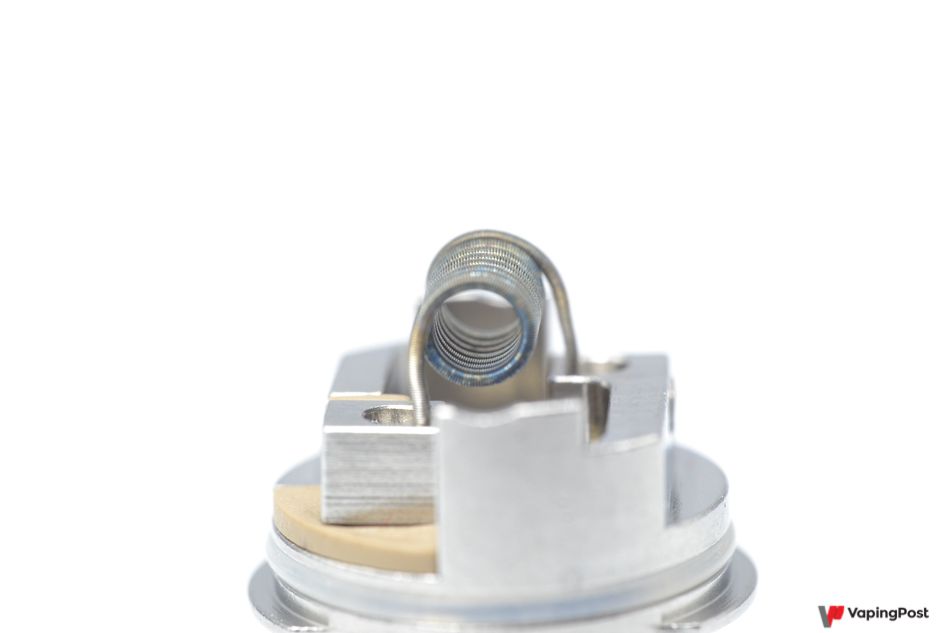 Although the manufacturer states that you can use coils up to a diameter of 3.5mm, we preferred a fused Clapton MTL type coil (2×30/40) wound to 2.5mm for a stabilised value of 0.8ohm.

Vaping with the Aromamizer Classic MTL RTA is fabulous: the flavours obtained are accurate and the vapour is dense. The system of pins to adjust the airflow gives real ultra-restrictive MTL that you can adjust to obtain a less restrictive vape.