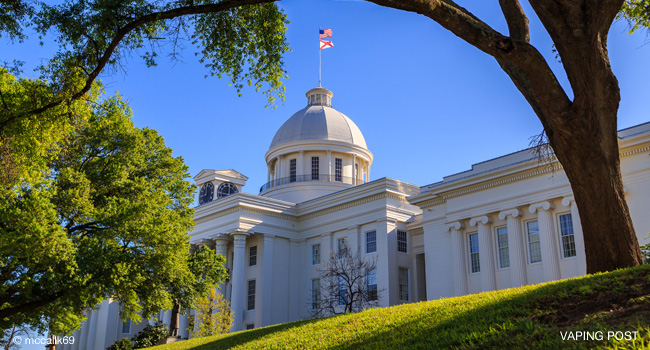 Many health and anti-vape groups had been pressuring the FDA to reject any PMTA applications by Juul for months. In fact earlier this year, several groups joined forces and sent a letter to the FDA urging it to take action on the outstanding PMTAs and deny any applications for flavoured vaping products.

To this effect, last June the FDA issued Juul an MDO. The decision applied to “all of their products currently marketed in the United States,” and would have forced the manufacturer to completely exit the US market. “We recognize these make up a significant part of the available products and many have played a disproportionate role in the rise in youth vaping,” stated FDA Commissioner Robert M. Califf.

In response to this, Juul immediately filed an emergency motion at a federal appeals court asking the court to take a stance against an “extraordinary and unlawful action” by the FDA. A three-judge panel of the U.S. Court of Appeals for the District of Columbia Circuit ruled in favour of Juul, allowing the products to remain on the market.

In issuing the MDOs, the FDA accused Juul of failing to submit enough information in its applications, leaving regulators with many questions. However during the court filing, Juul revealed that it had submitted a 125,000-page application to the FDA nearly two years ago, adding that the application included several studies to evaluate the health risks among Juul users. To this effect, the FDA was forced to suspend its decision in order to conduct further reviews.

Subsequently in a complaint just filed with the federal court in Washington, D.C., Juul has accused the FDA of invoking the “widely abused” deliberative process privilege to improperly withhold alleged materials in their possession, justifying the decision to ban Juul products.

The undisclosed materials should justify the ban

The manufacturer added that the undisclosed materials would show whether the FDA has actually conducted a legally required balancing of the public health benefits and risks of its products, including any proof that its products actually help smokers quit, and also whether the agency’s reasoning was scientifically sound. “The public deserves a complete picture of the scientific facts behind one of the agency’s most controversial and closely scrutinized decisions in recent years,” said Juul.

Meanwhile, as the Juul ban remains under review, US consumers are already starting to consider and transition to other brands. Will Montgomery, a sales representative for Aj’s Liquor, highlighted that even if the Juul ban goes into effect, vape sales will not be affected as consumers will just migrate to different brands. “People are still going to need nicotine,” he said.

The FDA Suspends Its Own Juul Marketing Denial Order