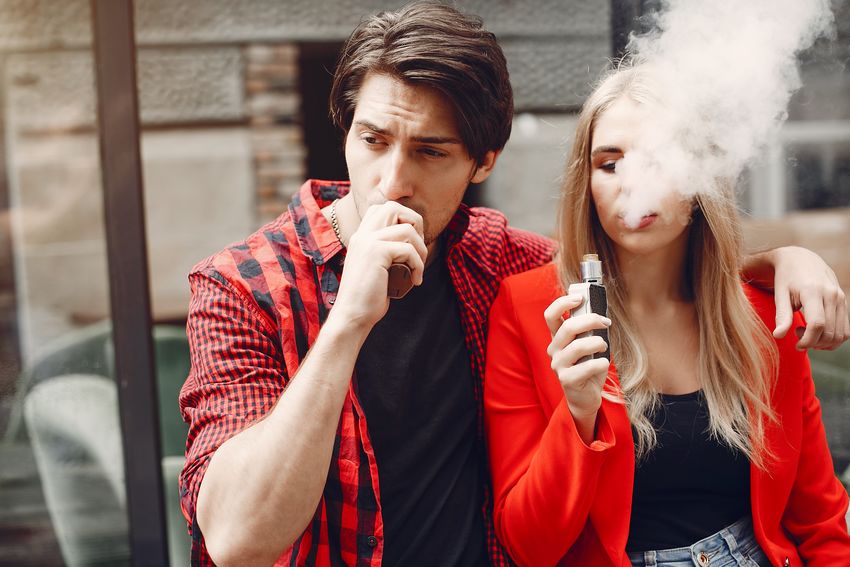 After studying the reduction in risks offered by the e-cigarette in 2015, three years later, the British Ministry of Health embarked on a study into the products of heated tobacco. After consulting all the scientific literature available on this subject at the time, it observed that the results of the various work had to be treated with caution, particularly because only 20 studies out of the 843 identified had followed the peer review scientific validation process. Furthermore, out of these 20 studies, 12 had been funded by the tobacco industry itself.

A few days ago, a new study (1) was carried out on the subject. Conducted by the French Cancer Institute (INCa) and the French Public Health Research Institute (IResP), its purpose was to compare the chemical composition and toxicological effects of the products of heated tobacco, e-cigarette vapour and the smoke from traditional cigarettes. It will be published in volume 401 of the Journal of Hazardous Materials, in January 2021.

The materials used for the experiment are as follows:

A “Lounge” model of e-cigarette fitted with a 2.6 ohm coil used at a power of 4.6W, and a box operating with a coil of 0.5 ohms at 18W and 30W, the powers recommended by the manufacturer according to the coils used. This equipment is that used to study e-cigarettes and is represented by the following letters in the tables setting out the results: Lounge, Mb18W and Mb30W.

There are no particular specifications for tobacco cigarettes and they are represented by the letters 3R4F.

To perform the experiment, the same smoking machine (Vitrocell® VC1) was used for the different types of products. The profile was set to “intense”, corresponding to a puff of 55ml lasting for 2 seconds every 30 seconds. This profile enables a cigarette to be completely smoked in 10 puffs and an IQOS stick to be finished in 12 inhalations. Regular vapers also participated in the study in order to vape in the same conditions as the smoking machine was to perform, and confirmed the “absence of dry hits and sufficient vapour production”.

Each sample was repeated 4 times. Measurements without a sample were also performed as recommended by the protocol for this type of study.

The research concentrated on the identification and quantification of the carbonyl compounds and polycyclic aromatic hydrocarbons (PAH). These two groups of molecules are part of the main compounds released during the combustion of tobacco and contribute “significantly” to the carcinogenic effects of tobacco smoke, as the authors point out. The table above shows the quantities measured by the researchers for carbonyl compounds.

As the authors of the study state, “fifteen compounds were quantified at levels between 2 and 15 times higher in cigarette smoke than in HTP aerosols”. Hexanal was the only compound measured at a higher level in HTP emissions (22.1 ng/puff) than in 3R4F tobacco smoke (10.4 ng/puff), and benzaldehyde was generated in almost equivalent quantities by the HTP and the cigarette.

However, the researchers also noted that all the carbonyl compounds were measured in much lower quantities in the vapours from the various e-cigarette test conditions as compared to tobacco products, except for m-tolualdehyde and 2,5-dimethylbenzaldehyde, which was only detected in the aerosols from the Modbox device, at both low and high power.

Fewer toxic compounds in IQOS but more than in the e-cigarette.

Concerning these compounds, the scientists note that a puff of IQOS (35 μg/puff) produces 84.7% fewer carbonyl compounds than a puff of cigarette smoke (230 μg/puff). These results corroborate those of previous studies, some of which were performed by the manufacturer of IQOS, the cigarette manufacturer Philip Morris International (PMI). Nonetheless, the scientists note that “several harmful carbonyls were still measured in the HTP aerosol, such as acetaldehyde and formaldehyde, which are carcinogenic compounds”.

98.5% fewer compounds in the vape than in IQOS.

Vaping produced at least 98.5% fewer of these compounds than IQOS. For the researchers, their production is the result of the thermal breakdown of the glycerol and propylene glycol contained in the e-liquids. However, these compounds were “several times less” present than in the emissions of IQOS or tobacco cigarettes.

The researchers reached the following conclusion:

“Overall, our data therefore demonstrates that at normal vaporisation temperatures, the levels of carbonyl in emissions from e-cigarettes only represents a small fraction of the levels inhaled by users of tobacco products”.

The table above concerns the measurement of the emission of 23 PAHs.

Like for carbonyl compounds, the researchers noted that the concentrations of 21 compounds were “significantly lower” in IQOS emissions than in cigarette smoke, between 2 and 276 times lower, and were also “even lower” in the aerosols from e-cigarettes.

Fewer PAHs in the vape than in IQOS or smoked tobacco.

For the researchers, these results concerning vaping are explained, in particular, because these e-liquids are “free from tobacco ingredients which contain the precursors of PAH”. In their conclusions, the researchers note that as part of efforts to reduce the damage caused by tobacco, in which smokers should ideally be able to choose freely between a variety of alternatives to smoking, new tobacco products (such as HTP) and the e-cigarette appeared to have the potential for a promising new offer.

However, they state that it is “fundamental” for smokers to know and compare the risks to health of these various emerging options in order to determine which product to go for to stop smoking.

They state that the heated tobacco product studied “releases a little less nicotine and much lower quantities of carbonyl compounds and PAHs than tobacco cigarettes”.

However, they also note that “HTP emissions still contain carcinogenic compounds, (e.g. formaldehyde, acetaldehyde and benzo[a]pyrene) and the amounts of carbonyls and PAHs are much higher than in e-cigarette vapours”. Therefore, although the IQOS aerosol presents “reduced cytotoxicity” in relation to cigarette smoke, it remains “higher” than in vaping.

“This study contributes to a better understanding of the emission properties of heated tobacco products and the e-cigarette and their related toxicological impacts. It provides important data needed to evaluate the risks, demonstrating that IQOS could be less harmful than tobacco cigarettes, but considerably more harmful than vaping”.