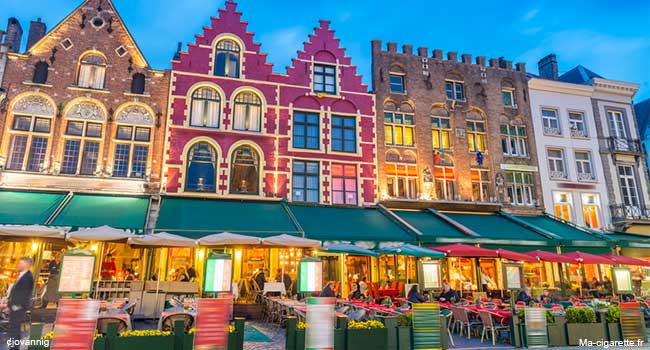 Last week, the Federal Government approved a bill by Federal Health Minister Frank Vandenbroucke to completely ban tobacco vending machines across the the hospitality industry, with one of the main aims being reducing exposure and access to minors.

“Since 2006, those tobacco vending machines must be equipped with a lock via ‘agecoins’, a kind of token that cannot be given to minors. In practice, however, we see that the tokens are often made available to anyone,” said Federal MP for the Christian-democratic CD&V party Els Van Hoof.

With this measure, Belgium will be following in the footsteps of several European countries such as the UK, France, Finland, Norway, Hungary and the Netherlands, where such a ban has been in place since 1 January 2022.

Belgium officially recognised the potential of vapes for smoking cessation

Earlier this year, Belgium took another step forward towards combatting smoking when the Superior Health Council of Belgium officially acknowledged that vaping is a safer alternative to smoking and recommended it for smoking cessation.

Published this Summer, the recommendation finally acknowledged the relative benefits of vaping. “It is great that the Council acknowledges the benefits of vaping and its role in helping smokers quit. Vaping is proven to be one of the most successful smoking cessation methods. Now the Minister of Health, Frank Vandenbroucke, needs to follow their lead,” said the Director of the global vaping advocacy group World Vapers’ Alliance (WVA) Michael Landl.

In a press release, Landl highlighted that the report states that vaping “is a better alternative than smoking and can be used as a smoking cessation aid.” Therefore, “it is a good idea to switch from a classic cigarette to an e-cigarette in the first place, but ideally also to phase out vaping afterwards”, according to the report. It also contains some vague recommendations on how to treat vaping flavours: the Council suggests to “freeze the current e-liquid market” and to “investigate the effects of inhalation of the e-liquids”.

Knowledge of Vapes is Crucial For European Parliament Support