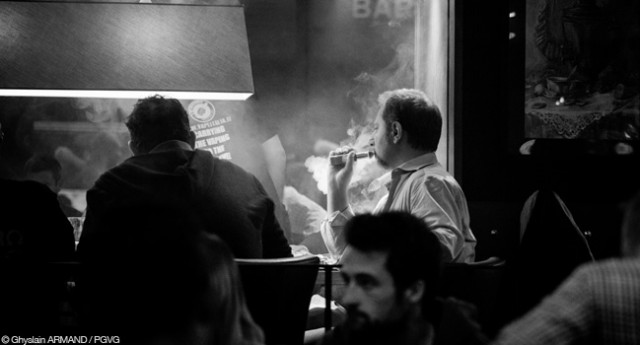 Here is what the US government agency writes about the electronic cigarette:

During 2005–2014, the prevalence of cigarette smoking among U.S. adults declined from 20.9% to 16.8% […]with a sharp decline in older adults between 18 and 24 years. However, reports suggest that the use of noncigarette tobacco products, including e-cigarettes and hookahs, is common among youth and young adults.

The extent to which emerging tobacco products, such as e-cigarettes, might have contributed to the observed decline in cigarette smoking in recent years is uncertain.

E-cigarette use was first assessed in NHIS in 2014, so it is not possible to assess long term patterns of e-cigarette use relative to cigarette use with this dataset; in 2014, 3.7% of adults currently used e-cigarettes every day or some days, with use differing by age, race/ethnicity, and cigarette smoking status.

E-cigarettes have been promoted for smoking cessation; however, the U.S. Preventive Services Task Force has concluded that the current evidence is insufficient to recommend e-cigarettes for tobacco cessation in adults, including pregnant women.