Experimenters, users, expert users… where are the differences?

For most experimenters the first contact with vaping is by trying a model of the first generation and advertised in a 15″ TV spot. This generally results in a moderate success. A dichotomous choice operates depending on the level of investment experimenters are granting to their vaping experience. They can either relapse to smoking, discouraged by the hammering of ANTZ’ messages, or select a more advanced vaping technology, collect information on the web and subscribe to forums of users to improve their vaping and expertise.

The study focusses on expert users

J-F. Etter from the Institute of Global Health in Geneva, Switzerland, is an expert in the domain of the e-cigarette and particularly interested in the changes of the vaping product market. He reveals in his last study [1] a compensation mechanism that results in an increase of e-liquid consumption while decreasing nicotine concentration. The mechanism was revealed by comparable cotinine levels in participants’ saliva over the time of the study (9 months) and also compared to levels in smokers’ saliva. Let’s just add that cotinine is a product of the degradation of nicotine by the liver. Its presence reveals exposure to nicotine and its concentration is supposed to be roughly proportional to the nicotine ingested. Is it broadly used in scientific surveys to exclude cheaters.

Based on an internet inquiry (recruitment of users via some international e-forums), the researcher enrolled e-cigarette users who quitted smoking at least 9 month before the survey and who used e-cigarette as the sole nicotine delivery method. The study reveals that most experienced vapers used a third generation of personal vaporizer with a refillable tank and only few were still using first generation models (1%), the remainder using devices of the second generation. Among the users of the third generation, the average nicotine content in e-liquids at the first assessment and at the second were 11 mg/ml and 6 mg/ml, respectively. compared to the change from 11 mg/ml to 9.5 mg/ml among users of the second generation.

“This is an undesirable outcome” -JF. Etter
An undesirable effect of this compensation, according to the author, is an increased exposure to other inhaled substances. Although less toxic than tobacco smoke, e-cigarette vapor is not completely safe, even if some standards recently established prevent manufacturers from incorporating exogenous substances recognized for their noxiousness upon inhalation. Other substances may be trace metals resulting from the oxydation of the coil, diacetyl coming from aromas or even alcohol.

The reasons for decreasing nicotine were discussed by the author but it remains unclear whether they could be attributed to the occurence of new models with higher performance (third generation), to the fear of long-term effects, or to other aspects that are only skimmed over by scientific studies.

Influence of a technological progress or of a regressive miscommunication on the risks?

The new generation of personal vaporizers, deliver more power and provide a more tasteful “throat hit”. However, they are almost incompatible with high nicotine e-liquids and impose the use of thicker low-nicotine juices. Electronical or mechanical regulation of the temperature, the voltage and the wattage, high wattage devices, sub-Ohm coils (that operate at <1Ω), rebuildable atomizers, replaceable coils, large format tanks are some of the recent updates compared to the first generation.

The decrease observed among users of both the third and the second generations may rather be explained, according to the author, by the perceived fear about nicotine and triggered by the misrepresentation of the relative risk of combusted tobacco compared to vaping in the media. Several professionals reported having seen patients relapsing after quitting because they felt that e-cigarettes were more harmful than combusted ones.

The evolution of puffing and inhalation patterns are also not to be discarded, since many experimented vapers exploit the sub-ohm performances of their personal vaporizers to increase the rendering of their volute-forming devices. More liquid is then required to produce thicker volutes but this liquid is also sometimes diluted with pure PG and/or VG by the most expert users.

The author points out several limitations of his study:

Further study is necessary in order to get a better knowledge of vaping patterns after experimentation. Why such a concern? Because most e-cigarette users are fine with that and do not plan to stop, they even tend to look for innovation to reinforce their vaping experience. The best proof of it is the recent concern on phasing out, after a successful smoking withdrawal.

What is the interest for a vaper to monitor his vaping performance?

Most recent devices display vaping performance, like a car would show driving parameters. Virtually, all the information displayed by a Mod (resistance, temperature, vaping time, exact time of a puff…) can be stored in the memory, averaged or used as raw numbers. For the vaper himself, there is only a limited interest and such options are rather considered useless.  Imagine what a researcher could do with such information?

Exploiting the technological properties of the most recent devices would be beneficial for various aspects of the science. Even if they are not designed to do so, the last generation of devices perform beyond the use that people make of it and, as pointed out by the authors, they could be exploited in surveys. Some devices with very advanced technology are also compliant with bluetooth and can exchange information with other devices.

Could we imagine, someday, circumventing all above limitation with the use of such high performance devices to survey vaping patterns in combination with an application installed on a smartphone? 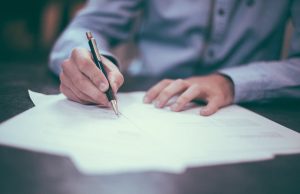