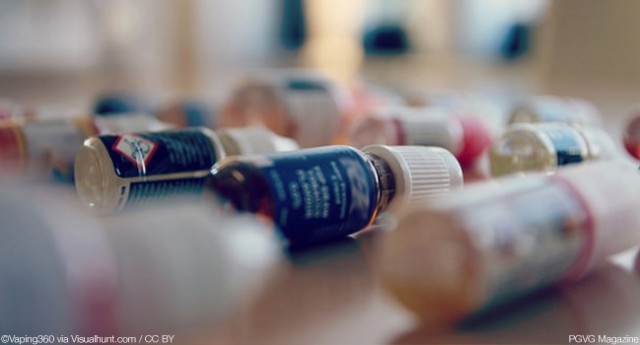 Ban on menthol, vitamins, taurine, caffeine, diacetyl and other substances in e- liquids

The European tobacco directive (EU TCD) is leaving a certain latitude to the EU Member States whether to allow flavors in the e-liquids. A leeway that Germany seems to be willing to exploit.

Authorities could still ban a long list of ingredients, including the flavors that facilitate the inhalation or absorption of nicotine, such as mint flavors, according to the research company.

TPD Art. 7 prohibits adding some ingredients to tobacco products and Germany could extend the scope of this prohibition to vaping products. Hence, vitamins and some other additives that may give the impression that an e-liquid could have beneficial health effects would be prohibited, including stimulants such as caffeine and taurine.

In France, the AFNOR standard for e-liquids (Standard XP D90-300-2) also proscribes the use of those substances as ingredients in liquids for electronic cigarettes.

The menthol in tobacco products has long been and remains controversial for regulation. It is part of the objectives of the anti-smoking fight. This flavor would be responsible for a greater reliance on nicotine, would facilitate its inhalation and would give it a less bitter taste, making tobacco more attractive to new smokers (PDF: Menthol DKFZ product sheet in German only). For all these reasons, menthol may be included in the lists of Member States wishing to restrict flavors for electronic cigarettes.

It’s already planned. Among the things they consider that they “might give the impression of a possible health benefit” are peppermint and woodruff.

And they won’t stop there. The ministry has written themself a “delegated act” that entitles them to expand this list without any interference from the parliament.

One of them bragged at the tobacco control conference in Heidelberg that any flavouring substance that some manufacturer might try, just because it isn’t on the list yet, will get a real surprise, because they’ll be able to put it on that list almost in a blink of the eye. Just to protect the consumers, of course …

See the report from the tobacco control conference:
https://www.dampfer-magazin.de/bericht-von-der-13-konferenz-fuer-tabakkontrolle-des-dkfz-in-heidelberg-0203-12-2015/

And the leaked document from the ministry:
http://ig-ed.org/wp-content/uploads/2015/11/Referentenentwurf-Erste-%C3%A4nderungsV-TabakerzV-Stand-4.11.docx