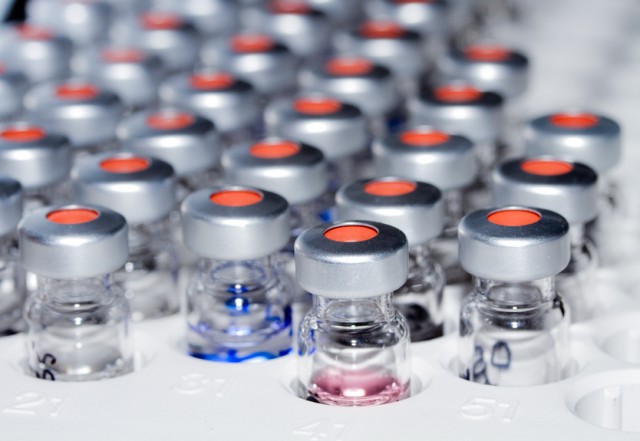 The American researcher Maciej L. Goniewicz of the Roswell Park Cancer Institute (Buffalo, N.Y.) and his Polish colleagues from the department of General and Inorganic Chemistry of the Medical University of Silesia in Katowice and of the Institute of Occupational Medicine and Environmental Health of Sosnowiec, published on January 28, in the Journal Thorax, a research letter [1] that appeals about the presence of benzaldehyde in 75% of the e-liquids they analyzed. In the target of the researchers, the “cherry” taste of electronic cigarettes, a very popular flavor among vapers. But a flavor that makes you inhale higher levels of the chemical benzaldehyde, researchers report.

Benzaldehyde, what is it?

Benzaldehyde is widely used as a food flavoring and in cosmetics; its fragrance is what is classically called “bitter almonds” and it is used for Kirsch-tasting preparations, for example. The aromatic aldehyde has been shown to have little or no toxicity when ingested or applied to the skin [2]. As for Diacetyl, benzaldehyde is considered a safe ingredient for the food industry but few is known about its effects on the pulmonary tree after a long-term and repeated exposure.

The researchers measured benzaldehyde levels in 145 different e-cigarette products in a variety of flavors, including berry/tropical fruit (40), tobacco (37), alcohol (15), chocolate/sweet (11), coffee/tea (11), mint/menthol (10), cherry (10), and other (10). When Goniewicz and colleagues measured benzaldehyde levels in the aerosol produced from 148 e-cigarette products purchased online, they found the chemical compound in 108 products, with the highest levels found in cherry-flavored e-cigarettes.

Aerosol vapor was generated using an automatic smoking simulator. For each experiment, 30 puffs were taken from each e-cigarette in two series of 15 puffs (1.8s repeated with an interval of 17s), with a 5 minute interval between series. Benzaldehyde from the aerosol was trapped on sorbent tubes, extracted, and analyzed using high-performance liquid chromatography.

“It is not clear if benzaldehyde, or other chemical compounds used as flavorings in e-cigarettes, poses a health risk to users”” -ML. Goniewicz
Levels reached with the cherry-flavored products were more than 1,000 times lower than doses inhaled in the occupational exposure study, on a daily basis. They added that the benzaldehyde yields in aerosol over a day of use of the cherry-flavored nicotine solutions were significantly higher than those recorded in non-cherry-flavored solutions and also higher than for conventional tobacco cigarettes use. The researchers point out the need for further research in order to establish whether these chemicals are safe for inhalation.

“Findings indicate that using these products could result in repeated inhalation of benzaldehyde, with long-term users risking regular exposure to the substance”

It is one of the conclusions of this study that also suggests to clinicians to ask for cherry-flavored e-liquid use to patients with cough, throat irritation, or dry throat. The authors recognize that e-cigarettes may be a promising harm reduction tool for smokers. Their recommendation: “Given the uncertainty surrounding adverse health effects stemming from long-term inhalation of flavoring ingredients such as benzaldehyde, patients should be asked about use of flavored products, particularly patients with respiratory diseases.”

The researchers show the limitations of their study, especially regarding the protocol that may not be the most adapted to the study of aerosol. Another protocol, different from the one used in the present study, has been proposed by K. Farsalinos and his team that may be used as a reference for e-cigarette studies.

Another limitation is the analysis procedure that consisted in an extraction of adsorbed molecules and their analysis using high-performance liquid chromatography (HPLC). More advances technologies based on mass spectrometry (SESI or PTR) are being developed for real-time and in situ measurements of aerosol’s quality without the critical steps of the extraction that follows an often undocumented period of storage.

Funding for this research was provided by Medical University of Silesia, Poland.

Researcher Maciej Goniewicz reported receiving the Global Research Award for Nicotine Dependence, which is funded by Pfizer, a manufacturer of smoking cessation medications. Other study researchers are employees of the Institute of Occupational Medicine and Environmental Health. The researchers noted that “One of the institute’s objectives is outsourcing for the industrial sector, including manufacturers of e-cigarettes.”