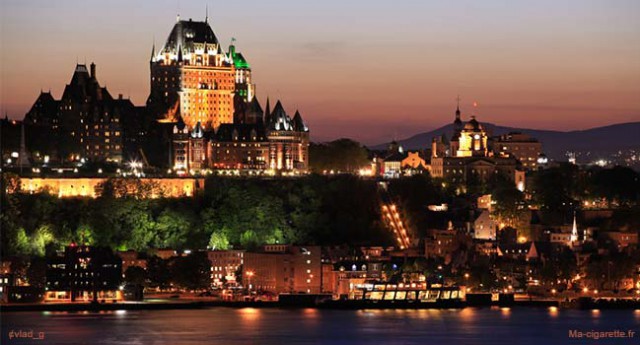 Alan Browne, co-owner of a vape shop and member of the Canadian Vaping Association (CVA), was claiming on RegWatch.com: “We are angry, we are organized and we are moving forward”. The CVA, the leading Canadian advocating association that accounts for 292 members in total and 122 in Quebec, promised a response to the Minister, Lucie Charlebois.

It did not take long before some vaping professionals create another association, the Association Quebecoise des Vapoteries (AQV), and launch a lawsuit against certain aspects of the Bill 44 to bolster tobacco control that passed last November, assimilating vaping products as tobacco products.

Officially created on February 23, the AQV brings together over 30 vaping companies.

With the recent assimilation of vaping products to tobacco products, vaping professionals of Quebec are to comply with the severe restrictions on tobacco products. They denounce an attack on their freedom of speech inside and outside of their shops. It is not only forbidden to offer consumers to try products in their shops, but also they no longer have the right to express personal opinions on social networks, for example, on the benefits of vaping to fight against smoking.

According to the new association, the policy “limits the access to the electronic cigarette”, a situation in contradiction with “the legitimate objective to reduce consumption of tobacco products.” Backed by a group of health professionals, the AQV points to recent scientific studies showing that “the electronic cigarette is less harmful than traditional cigarettes” and that “this is an effective way for smokers to reduce or stop their consumption of tobacco”.

“The legislator has come […] to censor the expression of legitimate personal opinions of individuals to an unprecedented level in the Canadian history,” writes the AQV in the motion filed on Thursday morning at the Courthouse of Quebec City. A first audience is scheduled for April 6, 2016. 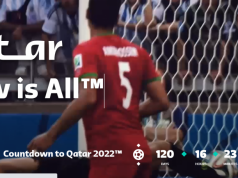 I’m pulling for Quebec Vapers. Thanks for the story Natalie.

Across the country Liberal governments are doing their level best to quash the vaping industry by convincing the general public that vaping is as dangerous and undesirable as smoking. We will eventually hold them accountable for their dedicated contribution to killing off #abillionlives by the end of the century!
Bon chance AQV, and God speed!

Freedom of speech?
Why is there a need for vapours to buy a black box, test it at home and bring it back later, instead of testing in a shop?
And you can’t even tell the truth any more:
95% less harmful as tobacco smoke – they are right, that’s not true.
The Britains are to pessimistic – I think vaping is 99% less harmful.
It’s a shame, what’s going on. 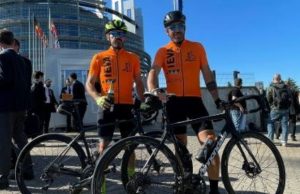 Diane Caruana - August 9, 2022 0
Two professional cyclists held the long tour called “Ride for Vape” for the third time, with the aim of educating the public and politicians...