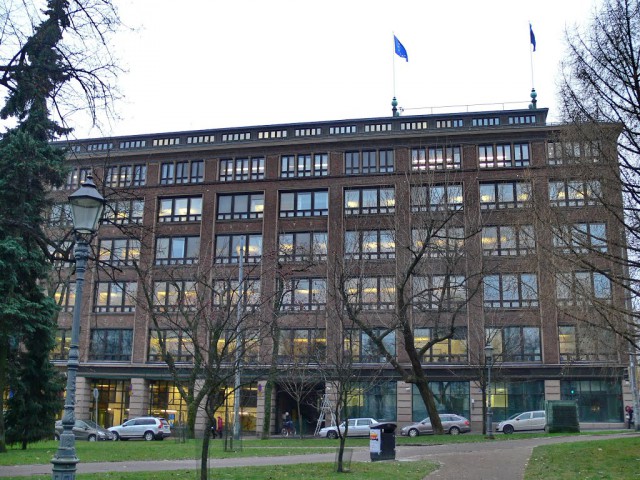 The German Federal Office for Chemicals (GFOC), in October 2015 on behalf of the Federal Institute for Occupational Safety and Health (FIOSH), submitted a proposal to the European Chemicals Agency (ECHA) for a new toxicological classification of propylene glycol (PG).

A new classification of PG

The new classification that is suggested by the German body is “Single target organ toxicity – single exposure – class 3” (or STOT SE 3 H335) that implies that the molecule is harmful to an organ, the respiratory tract, and after a single contact.

Implications of STOT SE3 H335 labelling
PG itself as well as and any mixture (incl. eliquids) with 20% or more PG (assuming one uses the calculation method to decide on mixture classification) will have the following precautionary statements: – P261 – Avoid breathing dust/fume/gas/mist/vapours/spray – P271 – Use only outdoors or in a well ventilated area – P304 & P340 – If inhaled: Remove victim to fresh air and keep in a position comfortable for breathing – P312 – Call a poison centre or doctor/physician if you feel unwell. – P403 & P233 – Store in a well ventilated place. Keep container tightly closed – P405 – Store locked up.

In the USA, the Federal Drug Administration has classified PG as “Generally Recognized As Safe” (or GRAS). In Europe, PG complies with the regulations of food safety (EU Regulation 178/2002) and falvorings (EU Regulation 1334/2008). The distributor of chemicals, Sigma-Aldrich declares, with regard to PG that it is “Not a hazardous substance or mixture according to Regulation (EC) No. 1272/2008” and that the “substance is not classified as dangerous according to Directive 67/548/EEC”. It also received Kosher and a Halal certifications.

In a previous article, we quoted a careful review on Propylene Glycol that pointed out its long-term use in theatre fog machines. In addition, PG is also a common drug solubilizing excipient that is used in topical, oral, and injectable formulations.

Why should a new classification be so devasting for vapers?

At least in the EU, the Article 20 of the Tobacco Product Directive requires manufacturers and importers to submit a notification to the competent authorities of the Member State for any product, especially e-liquids, that they intend to put on the European market.

The notification file is supposed to list all the ingredients present in the e-liquid and to provide toxicological information, “referring in particular to their effects on the health of customers when inhaled”.

It is also required for e-liquids that the ingredients used in their formulation remain of high purity and “do not pose a risk to human health in heated or unheated form”.

The first sub-paragraph 11 of the Directive indicates that if  “a competent authority ascertains or has reasonable grounds to believe that specific electronic cigarettes or refill containers, or a type of electronic cigarette or refill container, could present a serious risk to human health, it may take appropriate provisional measures“. The procedure implies to inform the EU Commission, providing supporting data and wait for the conclusions to take follow-up measures.

The second sub-paragraph 11 explains that if a product has been “prohibited on duly justified grounds in at least 3 Member States, the Commission shall be empowered to adopt delegated acts (…) to extend such a prohibition to all Member States, if such an extension is justified and proportionate.”

In the worst scenario, GFOC and FIOSH who are competent European authorities for health safety, may put forward that the present proposal is a “duly justified ground” to suspend the sale of PG-based e-liquids and ask the EU Commission to further extend the ban over the European market. Which would sign a death sentence to e-liquids containing PG.

A long fight against PG

Dr Med Martina Pötschke-Langer, head of the Cancer Prevention Division and the WHO Collaborating Center for Tobacco Control at the German Cancer Research Center (DKFZ), has been claiming that PG posed health risks to the consumer since 2013.

In the video, the researcher explains, during a ICO-WHO Symposium held in Barcelona, Spain, on July 2014, the different types of e-cigarette, demonstrates their attractiveness to young people and speaks about the potential risks of, among other substances, PG (starting @21:00). The title of her speech, “New e-inhalation products and potential health risks: The case for regulation“, indicates how more regulation should apply to these products, which is the topic of the last 10 minutes of the video.

Fortunately, this proposal is currently open for public comments till April 21, 2016:
http://echa.europa.eu/en/harmonised-classification-and-labelling-consultation/-/substance-rev/12910/term

Based on comments by Mirosław Dworniczak, there is still matter to discuss. Another comment suggests that the few evidence of toxicity to human cannot be used to support a change in classification. A call to all toxicologists to contribute on behalf of the European vaping community is launched.

Maybe someone should point them to this article, which says in part: “The results of these experiments in conjunction with the absence of any
observed ill effects in patients exposed to both triethylene
glycol and propylene glycol vapors for months at a
time, provide assurance that air containing these vapors in amounts up
to the saturation point is completely harmless.”