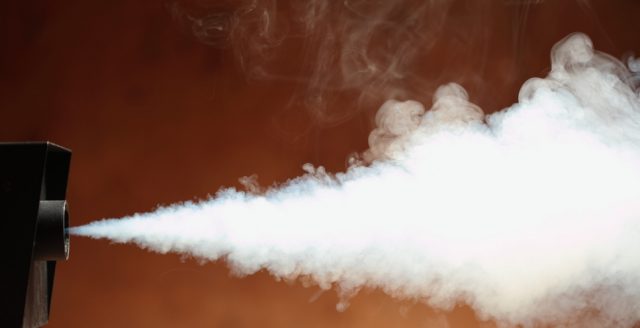 On April 20, a poster entitled “Aerosol concentration variations in a room during use of an e-cigarette” was presented at the 4th Workplace and Indoor Aerosols conference in Barcelona by Dainius Martuzevicius, Associate Professor at Haunas University of Technology (Lithuania).

In addition to Fontem Venture and SEITA-Imperial Brands, the consortium also combines expertises from:

Positive implication for continued use of e-cigarettes indoors

The authors argue that the study may have a positive implication for continued use of e-cigarettes in indoor areas because it shows “for the first time exhaled e-cigarette particles are liquid droplets that evaporate rapidly upon exhalation”.

The authors believe that “fast return to background concentrations also indicates that the majority of exhaled particles were in the liquid state and evaporated almost immediately upon exhalation”.

“This study shows that e-cigarettes – similar to other consumer aerosol-based products – release liquid primary particles into the air that disappear extremely quickly” – G. O’Connell
The co-author and Vice President of Fontem Ventures Corporate and Regulatory Affairs, Grant O’Connell, emphasized “this also tells us how fundamentally different exhaled e-cigarette particles are compared to those emitted by smoking conventional cigarettes, the latter of which are reported to linger in the air for long periods of time. By contrast, no accumulation of particles was registered in the room following e-cigarette use.”

Fontem Ventures, a branch of Imperial Tobacco Group PLC, renamed Imperial Brands, and the owner of the e-cigarette Blu, recently announced that it has developed a partnership with the Austrian company IONICON Analytik GmbH for the analysis of volatile organic compounds (VOCs) present in e-cigarettes aerosols. ETH is a European leader in the analysis of e-cigarette vapor based on Secondary ElectroSpray Ionization (SESI). The pdf can be downloaded here.