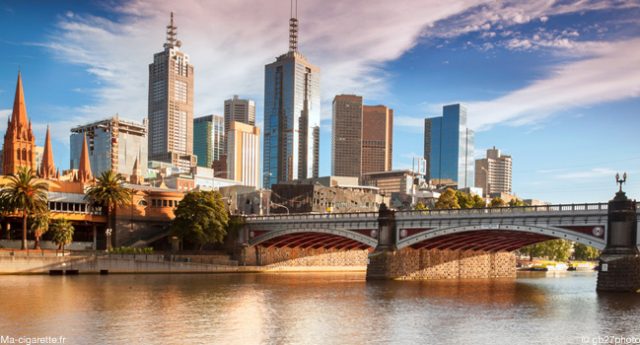 Nicovations Australia, a subsidiary of British American Tobacco, filed a registration request (application) for their nicotine inhaler, Voke, to the Australian Therapeutic Goods Administration (TGA). The aim was to propose the Voke as an over the counter (OTC) medicine on the Australian market, to help people trying to quit smoking.

The TGA denied and replied that the inhaler could only be considered a prescription medicine because it contained nicotine. In Australia, nicotine is legally ranked as a poison and its distribution is highly controlled.

The company argued that the Voke Inhaler should be considered differently since it is, by design, intended to people wanting to stop smoking tobacco

Nicovations took the TGA and the Secretary of the Department of Health, Martin Bowles, to the Federal Court after the TGA declined to consider the company’s application, saying it had incorrectly used the form for an over-the-counter medicine instead of for a prescription medicine, writes the Sidney Morning Herald.

In its decision, the Federal Court Judge Robertson refused to rule whether the Voke, that had been granted  a license from the British Healthcare Products Regulatory Agency (MHRA), should or not be treated as a poison. He left the Department of Health and the secretary determine Nicovations’ application with the law and pay the costs.

“I do not consider it appropriate in these proceedings to determine whether the Voke Inhalator is within the exception in the definition of nicotine in Sch 4 of the Poisons Standard. These are technical or scientific questions and they need to be decided in accordance with the statutory scheme, in the first instance, by the Secretary and then, if necessary, by a reviewable decision of the Minister and on external merits review by the Administrative Appeals Tribunal.” declared Honourable Justice Robertson.

A review on the regulation, sale and marketing of nicotine and nicotine-free e-cigarettes was commissioned last year by the Department of Health. The review is in progress and the first results are programmed to be presented to the intergovernmental committee on drugs later, this year.

This BAT product is part of the tobacco industry strategy that invests billions of dollars in so-called “reduced risk” products to compensate the erosion of its sales in the developed nations due to the development of the electronic cigarette.