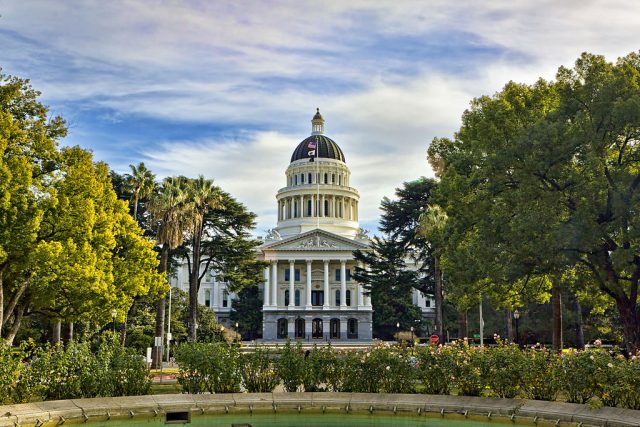 California is the second state, half a year after Hawai’i in January 2016, to sign for a raise of legal age to prevent the youth from accessing tobacco products.

The Bills signed on May 4 by Governor Jerry Brown not only raise the legal age to buy and possess products from 18 to 21 but also introduce new tight restrictions on tobacco and e-cigarettes sales, bans on vaping in the same places traditional cigarettes are: Workplaces, schools, restaurants, hospitals and more. A last Bill expands smoke-free workspaces to include hotel lobbies, bars, banquet rooms and employee break rooms. And like other tobacco products, users will need to be 21 to buy e-cigarettes.

The ban section of the law also prevents any promotional offers and advertising to the under-21 of vapor (smokeless tobacco) products during campaigns, programs or advertising plans, even by telephone or by mail. The promotion of those products will also be forbidden in a perimeter around places directed to this class of age (school, stadium, clubhouse…).

The new provision will take effect as early as next month on June 9 (under-21 restrictions) and on October 1, 2016, for the new rules affecting retailers and wholesale.

California is a State where a Tobacco Control Program has been initiated 25 years ago. The most recent figures show that California has one of the lowest smoking rates in the nation but also the highest number of smokers because it is by far the most populated one.

The Center for Tobacco Control Research and Education (CTCRE) of the University of California in San Francisco (UCSF) is one of the leading institute for tobacco research in the country. The Stop Tobacco Access to Kids Enforcement (STAKE) program strives to be a leader in youth tobacco enforcement in California and to reduce the illegal sales of tobacco to minors, through effective enforcement of the Act.

“What this means for California is our youth are less likely to be addicted to this horrible drug of tobacco.” -Sen. Ed Hernandez
The State senators Ed Hernandez and Mark Leno initiated a crusade against tobacco products and more specifically against the e-cigarette, a new way of delivering nicotine, Leno said to KQED radio. Pr Stanton Glantz, head of the CTCRE, emphasizes nicotine as a major risk factor to adolescents since their brains are still developing.

On the same channel, Larry Cohen, executive director of the Oakland-based Prevention Institute and a longtime advocate for tobacco control policies anticipates that “The biggest drops in tobacco use (will) likely occur among teens ages 15 to 17 — kids who can’t legally buy tobacco products in California now but who run in the same social circles as 18-year-olds who may illegally purchase tobacco products for younger friends“.

As of today, a Californian retailer was requested to have in place and maintain a license to engage in the sale of cigarettes or tobacco products, license fee was $100. Tobacco retailer license fees will raise from a one-time $100 fee to an annual $265 fee and a for wholesaler or distributor to a $1,200 fee for each location where cigarettes and tobacco products are sold.

The Bill also requires vigorous enforcement of the law and compliance with the “Synar Amendment” (1992) that requests the clerk to check IDs for legal age of alcohol and tobacco purchase. It also includes annual, random, unannounced inspections (also known as the Synar survey) including at least 80 percent of tobacco outlets in the state and sample both over-the-counter and vending machine locations accessible to youth.

The regime was making it a crime, punishable by a fine of $75 or 30 hours of community service work, for a person under 18 years of age to purchase, receive, or possess certain tobacco products. The new Bill provides that any person who sells or provides those products to an under-21 will be fined $400 and up to $6,000 in case of multiple violations within a five-year period.

The sanctions may be accompanied by a suspension of the license and its revocation for a fifth violation at the same location within a five-year period.