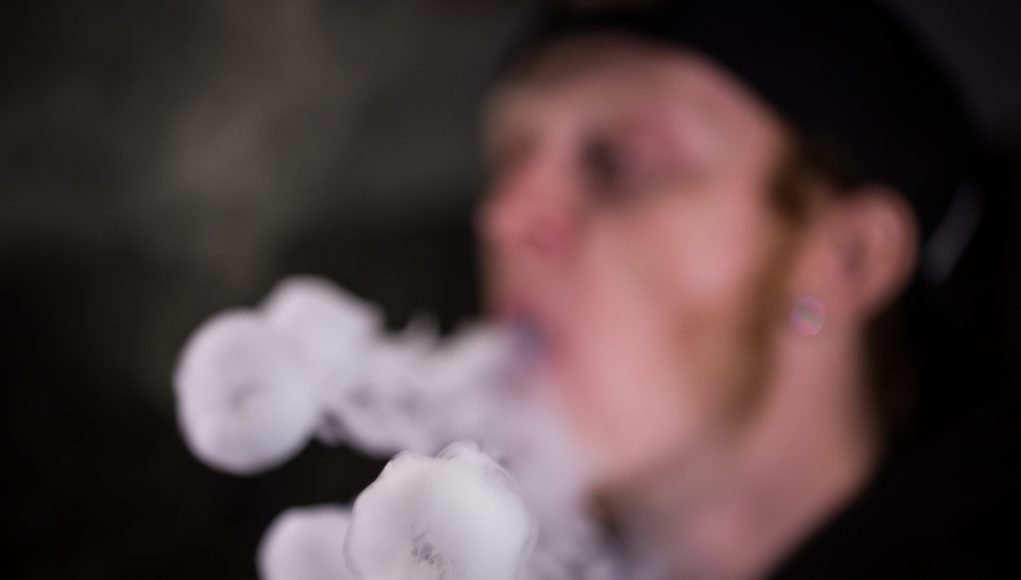 “Young people do not see e-cigarettes as a form of smoking”. This is the message Fiona Measham delivers in her last article [1]. For the Professor of Criminology in the School of Applied Social Sciences of Durham University (UK), it is clear that the motivations of the young vapers differ from those of adults.

In a study that addresses behavioural patterns among people aged 14-25 with a focus on e-cigarette use, the researcher identified that only 28% of participants reported having used e-cigarettes to help them stop smoking.

For the remainder, vaping was not associated with nicotine consumption, principally motivated by the wide range of youth- or adult-oriented flavors and, in a second place, by the possibility to produce huge clouds, “cloud chasing”, or to produce sculptural volutes or “cloud tricks”. This particular use rather concerned younger male in their mid teens.

“Our study suggests that vaping is establishing itself as a new phenomenon, independent of traditional smoking.” -F. Measham
To the question of renormalization of smoking, the criminologist answers that “the two attractions discussed above related specifically to the qualities of vaping e-cigarettes as distinct from smoking traditional cigarettes”.

“A lifestyle product aimed at young people and purchased as such”

Particularly attractive, according to the authors, were the youth-oriented flavors that mimic brands of confectionery and some more adult-oriented ones like alcoholic cocktails, energetic drinks or controlled drugs (cannabis). Teenagers, in group, widely discussed the combinations of flavors (“skittles and RedBull”) that they design and save for “vaped” weekends or night parties. Flavors that are purchased two or three at a time, most often as multi-pack offers, in local stores.

In her focus groups, the author also reports animated talks around “tricks” that can be performed, what they observed from experienced vapers through in social media platforms where they share video footages and images. She notices the use of a specific vocabulary like “smoke rings”, “hoops” or “vortexes” to idetify vaping skills. E-cigarette is used by young boys, most as “a group-based activity that enhances peer group status” and is identified as “cool”, according to the author. The “public performance (…) is an indicator of experienced use” that enhances the high social aspect of vaping.

“Cloud chasing” or “cloud tricks” are considered by some to be a professional sport or even art. Vaping competitions are organized in many vape meetings worldwide, where professional vapers use modified (largely non-nicotine, 100% VG flavored mixtures) vaporisers rather than regular e-cigarettes or the so-called cigalikes producing much less vapor than customized Mods.

It is almost impossible, in vape shows, to miss the Californian vaper Zach Berge, alias Zachajawea, and his impressive “cloud tricks” that are popular on social media [2]. Beyond pleasure, tricks are for him a life-style that he turned into business since his society, VGOD, produces e-liquids and atomizers specifically designed for this discipline.