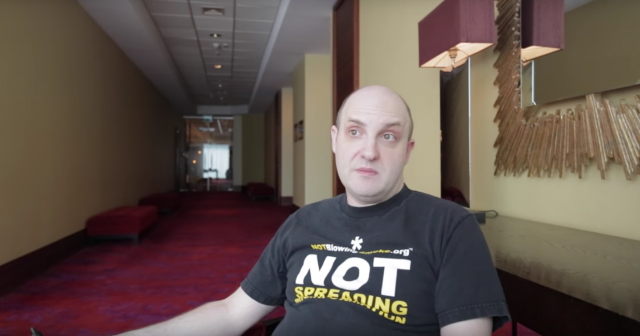 Stefan Didak, the founder and president of the advocacy group NotBlowingSmoke, attended the Global Forum on Nicotine in Warsaw, last weekend. In a interview to Vaping Post, he sets out a disastrous state of the vaping product market in the USA.

Since the FDA released its final deeming regulation of vaping products, the US market is in jeopardy and manufacturers only have small pieces of the jigsaw puzzle to market their products. The PMTA (Premarket Tobacco product Application) pathway is a bottleneck for many products, as estimated by Stefan Didak, that would probably cost more than $330,000 per product for only a few hours of review by the FDA. And even after review, no guaranty is given to producers to see their products marketed in the USA.

The substantial equivalent (SE) pathway that is much easier than PMTA is only applicable to products similar to an “ancestor” that has been marketed before February 2007, the Grandfather date. But as pointed out by the advocate, “no product that is being used today is substantially equivalent to a product in use in February 2007 or before“.

Moving the predicate date to a later date, the one the law is supposed to come into force, for example, is a challenge that may be allowed by the Cole & Bishop Amendment to the Agricultural Appropriations bill voted by the House Appropriations Committee, last April.

Stefan Didak believes that the vaping industry is badly struck by a Federal law that is going to sweep off thousands of flourishing businesses on the US territory. The main effect of this regulation will be to drastically reduce the offer within 12 to 18 months. Another unexpected effect, besides a development of the black market, will be a substantial rise of prices to compensate for the extraordinary high price of Federal applications, and the close down of most businesses.