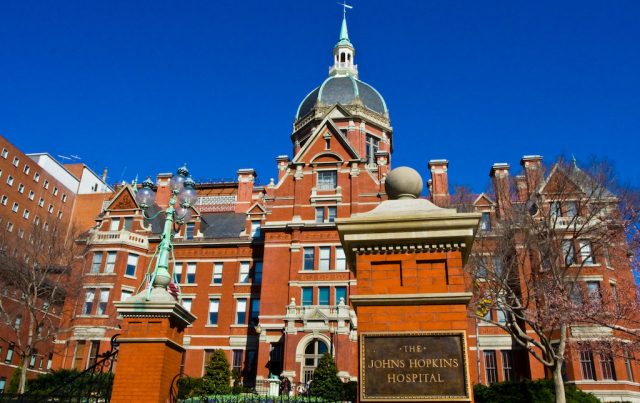 Within only one decade, e-cigarette has seen its use raising to a point that its market will soon be competing with that of the secular traditional combusted tobacco. Wells Fargo predicts that the 2021 horizon will see the sales of e-cigarette reach that of traditional cigarettes.

Everyone agrees that long-term inhalation exposure is still uncertain and will probably remain uncertain until a new approach is used to assess safety issues. Thomas Hartung, a toxicologist from the University of Konstanz, Germany, and the Johns Hopkins Bloomberg School of Public Health, Baltimore, believes that “there is no doubt that quite a few smokers who try e-cigarettes reduce their habit and sometimes even quit, whether they intended to at the beginning or not.”

“The irony is that e-cigarettes largely grew as a grassroots movement driven by the desire of smokers to reduce or quit tobacco – with the complicated and costly regulation, we are driving the business back to big tobacco companies, who are the only ones able to afford this.”Thomas Hartung, toxicologist.

In his publication [1] that addresses long-term inhalation exposure, the researcher writes “The rapid evolution of e-cigarette devices limits the assessment approach since traditional studies take time and are not suitable for chasing a moving target.” Actual models of coupling between science and policy may be obsolete when speaking about e-cigarette.

For the scientist, “Lung cancer takes about 15 years to develop. Thus it will take more than 20 years until we know for sure how problematic e-cigarettes are“. A large-scale project in the US, PATH, is exploring how and why people start using tobacco, how they quit, and why some people who quit start using tobacco again from the age of 12. Although the project is being carried out now, the outcomes are not expected before at least 5 or 6 years, after the large amount of data is treated, the manuscripts submitted to peer-review and the scientific conclusion released to the public and deciders.

“To test all flavors with traditional methods is not possible – this would cost billions of $ and we simply don’t have the lab capacities worldwide.”Thomas Hartung, toxicologist.

Science is facing an analytical challenge when the question is coming to test all the products on the market. The last count came up with nearly 8,000 flavors in 2014 with an increase of 10.5 brands and 270 flavors per month, underlines the author. The task of testing all these substances for a single laboratory is considerable. But testing substances is only a first step in the process. After testing the substances, one ideally needs to test aerosols and carry out toxicity assays on animal models… to end up with clinical studies on humans, the classical scheme of drug approval (e.g. Philip Morris International Science for their reduced-risk tobacco products).

Regarding protocols, standard puffing regimens, smoking protocols and reference material are established for cigarette testing but they are not transposable to e-cigarette testing. Hence, it will take a long time before a consensus on the method is obtained to perform systematic testings on aerosols. The researcher also points out the lack of manufacturing standards which more or less randomizes e-liquid composition for further studies. The cost of animal testing, according to the author is prohibitive, his estimates reach up to $4 billion to test the 8,000 flavorings available in 2014. Animal testing also offers limited guarantee of success when transposed to the human since “mice and rats predict each other only in 57% of cases“, underlines the author.

“For example, of more than 30 ingredients of coffee tested for carcinogenicity in rodents, more than 70% had a positive result. Does this mean we are regularly enjoying a brew of carcinogens? No – there is no such evidence!”Thomas Hartung, toxicologist.

So where are we now?

What science is trying to understand, now, is to what substances are exposed users. This is for example what Marciej Goniewicz is working on, analyzing hundreds of aerosols from e-cigarettes at the Roswell Park Cancer Institute in Buffalo, NY.

Animal testings revealed to be too precautionary for e-cigarette studies. Immunotoxicology, carcinogenicity assays using maximum tolerated doses induce more false than real positive with rats or mice, deplores the specialist. He adds that “the most relevant effect of smoking cannot even be modelled in rodents.“, a fact that should discourage scientists from spending money in this type of research. What can be done is to limit the list of the constituents to what is known not to be toxic. This would, for example be achieved by combining the expertise gained by some industries, namely food, flavor, fragrance, cosmetics / personal care product industry with e-cigarette industry to “assess many overlapping ingredients and complex mixtures not really suitable for traditional toxicology” and constitute a database. A synergistic approach.

“We need cell culture and computational approaches to sort quickly, which flavors better not to use, which to look at more carefully and which to recommend as reasonably safe.”Thomas Hartung, toxicologist. Other initiatives are quoted by Thomas Hartung like the research on in vitro lung models, science-based approach that addresses the complex public health issues (FDA-CPT), biological profiling for toxicity forecasting. He also suggests studying constituents upstream of the final assembly of the e-liquid (Green toxicology approach).

The toxicologist is clairvoyant: “Purists will still not be happy with a product that is more dangerous than anything we would allow to come to the market in any other industry. They are right. More pragmatic health professionals will see the opportunity to help many smokers to quit. They are right too.” A compromise needs to be made to help make this product as broadly available as possible by helping to minimize the clearly existing risks.

“3-5% the risk of smoking still means that about 2% of regular users will be killed by e-cigarettes. Nothing we would accept for any other consumer product.”Thomas Hartung, toxicologist.

The future of the e-cigarette will depend on accessibility, taxation and bans, i.e., policy decisions. But on the scientific side, which we hope serves as a tool for policy decisions, a change in strategy would also be needed. And this change would be needed because of the way things evolve: fast.