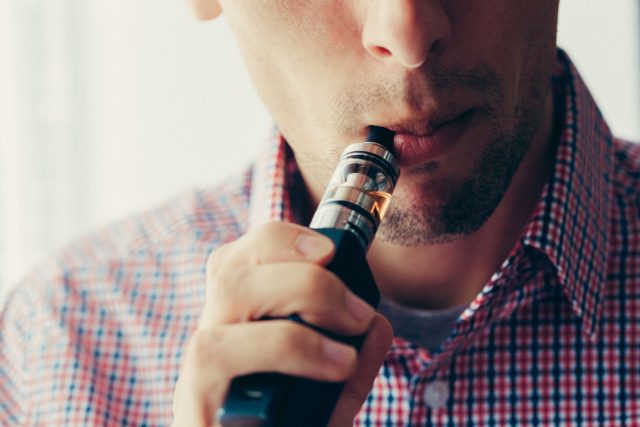 From in vitro models to human health

An increasing number of researches carried out in vitro on e-vapor indicate that vaping may increase the risk of infections in airways. The cell model is often a modified strain of the airway epithelium exposed to levels that are far beyond exposure levels produced by regular use of e-cigarettes. The authors generally make use of the precautionary principle when concluding and state that vaping should be avoided, that the absence of long-term studies prevents them from drawing further conclusions.

All such studies, when snatched by the media, are associated to misleading headlines indicating that vaping is dangerous, that it should be more regulated by national agencies because they address the primary risk and not the risk of vaping compared to smoking.

Vaping is not the safest habit, e-vapor brings potentially harmful compounds but…

In a recent BBC documentary, the journalist and physician Michael Mosley initiated with vaping and sustained this behavior for the needs of his documentary. He underwent medical tests to evaluate the potential benefit of vaping on himself and reported increase in expired nitric oxide, a marker of the inflammation confirmed by the presence of numerous macrophages in sputum samples, as the consequence of a stress that is induced by each puff on his device.

However, on social media, most comments by e-cigarette users illustrate the fact that, by switching to vaping, they improved their general health. Most people report that they could take the stairs again, that they could walk, even run without being breathless. Such health improvements are considered grounded science unless a survey is carried out by scientists, showing that a certain significative percentage of the population report improvements.

A few study carried out on humans report no significant adverse respiratory effects consecutive to vaping. This is, for example, the case of a survey of asthmatic smokers who had been proposed to try e-cigarettes. The ECLAT survey brings scientific poofs of benefits for general health with improvements in blood pressure, body weight control.

A new step in the understanding is carried out by Joanna Astrid Miler, Bernhard Mayer and Peter Hajek from the Department of Pharmacology and Toxicology of the University of Graz (Austria) and the Queen Mary University of London’s Wolfson Institute of Preventive Medicine.

According to the senior scientist Professor Peter Hajek “There is no doubt that e-cigarettes are much safer than conventional cigarettes, but smokers are still led to believe that they’re dangerous”, he said to the QMUL’s news.

This misinformation includes a misreported study on rats that claimed that vaping may increase vulnerability to infections. These new findings from human vapers show that this is not the case.

For the first time an online survey was carried out in Germany across social networks of vapers that may be considered “experienced vapers” since they have reported using a third generation e-cigarette for at least  two months after smoking cessation.

“Since switching to e-cigarettes, the frequency of any airways infections I get has: a) decreased; b) not markedly changed; c) increased.”

A vast majority of vapers (66%) admit that vaping is beneficial to their health with regard to respiratory infections. In addition to the 941 direct answers, 247 qualitative responses have been made by participants among which the most representative positive statements:

In contrast, some others responded in a more nuanced way that makes think that the switch to vaping in not the only cause of a worsening of the situation:

Relevance of flu-like infections among vapers may be related to a weakening of the aerial track defences but more likely to the recent spade of ore virulent influenza strains. The different steps of socializing with young kids, for the second case, often corresponds to more illnesses among family members.

“The study needs to be interpreted with caution because it is based on self-reported data, and further studies using objective measures are needed. However, the present results provide sufficient information to suggest that vaping does not increase infection rates and may in fact lead to a decrease in infections.” -P. Hajek, Queen Mary University of London’s Wolfson Institute of Preventive Medicine

Undoubtedly, such surveys carried among communities like forums or social media groups are not expected to bring negative views on the subject. Most of the respondents switched to vaping on their own initiative and succeeded in quitting smoking. This may constitute a bias in the sampling, as well as the self-exclusion of vapers who encountered problems when switching vaping and decided not to use e-cigarettes (allergy to propylene glycol is the most common). But the authors specify that the positive light counteracts “the general anti-vaping ethos of public health and media coverage of vaping“.

The authors evoke the biocide action of propylene glycol to justify the improvement in respiratory health. For the specialists, it is the second benefit after cutting down with smoking and its load of harmful and aggressive compounds.

Should you be scared of Propylene Glycol in ecigs? 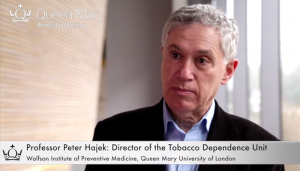 Professor Peter Hajek is the author or co-author of 147 publications among which two books and many book chapters. His main attraction pole is smoking cessation. After having studied NRTs, he decided to turn to e-cigarette as another tool to fight against vaping. Hajek is in favor of risk ponderation for regulating e-cigarette and declared to the BBC in 2014: “I think any responsible regulator proposing restricting regulation has to balance reducing risks with reducing potential benefits“. The researcher is also very critical about WHO’s position on e-cigarette. He has been one of the co-authors of the Cochrane Review of the effectiveness of electronic cigarettes for smoking cessation that paved the way to the PHE and RCP‘s pro-vaping positions.