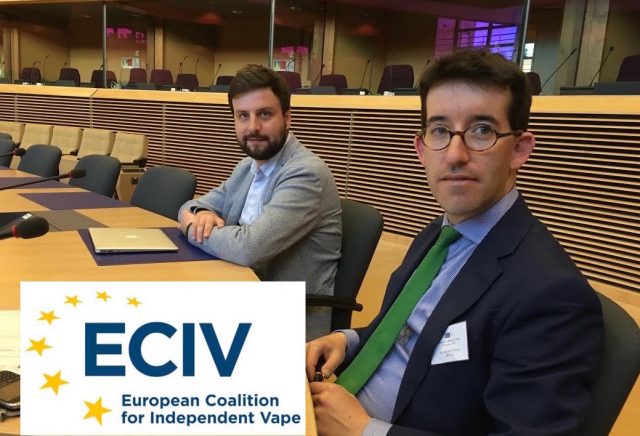 On September 8, ECIV members attended a meeting at the EU Commission on the possible taxation of vaping products.

On March 8, when the Ministers of Finance met to discuss about the feasibility of taxing e-cigarette products, of it was unlikely that the EU applied the same taxation levels on e-cigarettes as those applied to cigarettes but a recent EU study reported about €160 billion lost in uncollected Value Added Tax (VAT) revenues in the EU in 2014 among which cross-border fraud accounts for €50 billion of the VAT Gap each year in the EU.

Is there a risk of seeing vaping products over-taxed because of this special financial context?

Other Member States already decided to tax e-cigarettes and e-liquids in January 2017 even if an evaluation report has not yet been issued by the Commission.

Our CEO with CEO of @FIVAPE at yesterday’s @EU_Commission meeting on possible taxation of vape products. #NoVapeTax pic.twitter.com/gpJUbNFOWc