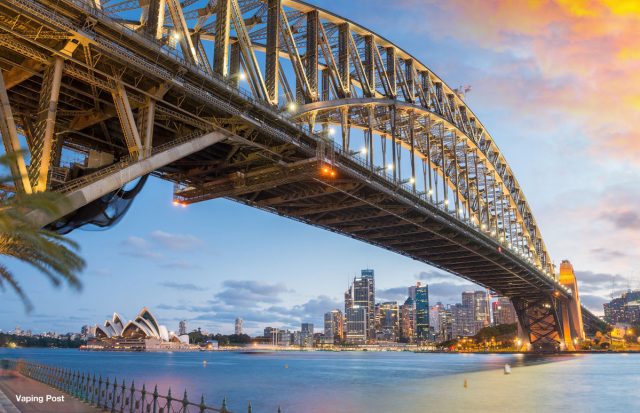 Nicotine is considered a dangerous poison in the national law and deregulating its sale remains a challenge for many smokers who do not currently have legal access to this option for smoking cessation.

Last August, the consumer advocacy group New Nicotine Alliance (NNA) announced the submission of a “Consumer-driven application to make e-cigarettes with nicotine legally available in Australia” to be considered by the TGA’s Advisory Committee on Chemical Scheduling in November 2016.

The application aims at authorizing low concentrations of nicotine for use in electronic cigarettes as a safer alternative to smoking. The press release that accompanies the submission recalled that the New Zealand government had “in principle agreed to nicotine e-cigarettes being legally available for local retail sale and supply“. Not considering this option in Australia is susceptible to create the embarrassment for the country of “falling behind New Zealand” while, in the Commonwealth, other members like the UK already backed nicotine use in e-cigarettes.

We strongly support an amendment to exempt nicotine in low-concentrations for use in Electronic Nicotine Delivery Systems (ENDS) from Schedule 7 of the Poisons Standard.

A latest release announced, on September 7 that forty leading international and Australian academics and researchers have written to the Therapeutics Goods Administration in support of an application to make low concentrations of nicotine available for use in electronic cigarettes (e-cigarettes). Along with Prof John Britton, Clive D. Bates (Director of The Counterfactual Consulting Ltd), Prof Linda Bauld, Prof Jean-François Etter, Dr Konstantinos Farsalinos, Prof Marewa Glover, Prof Peter Hajek, Dr Jacques Le Houezec and many others have signed the document.